There are two obvious reasons for doing this, and one that’s a bit more subtle.

First, Vitol has long been looking to shift into areas other than its core business of trading petroleum and its products. Even in the days before industry executives were warning about peak crude demand, diversifying into a wider array of goods has simply seemed prudent management in a business as low-margin as commodity trading.

Vitol set up a grains desk seven years ago and trades metals, power, emissions and coal. It has a fund investing in renewable power that will soon have about a gigawatt of generating plants, roughly the same as a decent-sized power station. It’s even producing biogas from cow manure in Idaho.

A second reason is that used cars are a commodity much like any other — and in Turkey, at least, the market is looking hot. Import tariffs are some of the highest in the world, and with the lira losing about a quarter of its value over the past year amid soaring inflation, vehicles are a relatively solid store of value. The recovery in spending as Covid-related lockdowns have receded, accompanied by cuts in domestic auto-loan rates and relatively idle domestic car plants, has further pushed up prices.

The car markets in Turkey and Pakistan are large, volatile, and difficult to trade. Those are all things that would put off many investors, but commodity traders thrive by putting their information advantages to work in precisely the locations that other businesses shun.

Those are strictly short-term issues, though. The best reason for Vitol to be selling used cars is longer term, with crucial importance to its core business: oil.

A central determinant of the path of crude demand over the coming decades will be how quickly energy-efficient vehicles replace models currently on the roads. Efficiency standards and the shift to electric vehicles mean that new cars are sipping less fuel with each passing year. Those sold in the European Union are legally obliged to consume 37.5% less per kilometer on average by 2030 than in 2021. China has similarly ambitious targets, and even laggards India and the U.S. are slowly tightening up.

Electric vehicles are already displacing about 329,000 daily barrels of oil demand, according to BloombergNEF. Gasoline consumption will peak in the late 2020s, according to the International Energy Agency. Crude demand for passenger vehicles will fall by about 4.9 million barrels a day by 2040, even if the global fleet grows to about 1.6 billion vehicles, according to an August report by BloombergNEF.

A great deal depends on how quickly older cars are scrapped. Only around 65 million new passenger vehicles are added each year to the 950 million already in use. Even assuming we’ve already hit peak car and the number of automobiles won’t grow any further, it would take 15 years to replace those currently on the roads. The longer that process takes, the longer Vitol’s oil business can avert its date with destiny.

That’s where the used-car market comes in. In countries where it’s hard to locate and buy a decent pre-owned vehicle, people are much more likely to purchase a new, more fuel-efficient car instead. About two used cars are sold for every new vehicle in France, while in the U.S. the ratio is 3-to-1, according to a 2014 study led by Alessandro Gavazza of the London School of Economics. One reason for that appears to be higher transaction costs in the French market, the authors wrote. As a result, American cars are on average nearly three years older than French ones:

From that perspective, Vitol has good reason to do everything it can to stimulate used-car sales. Pre-owned vehicles are largely free from the pesky efficiency regulations that drive down fuel consumption in new cars. Middle-income countries such as Pakistan and Turkey are seeing substantial growth in transport demand, and are often major importers of used cars from richer nations.

If Vitol can get its second-hand car dealerships to work more efficiently, it can make money on the transactions while also locking in a source of oil demand for a little bit longer. If that sounds like a nickel-and-dime business for a sleek Alpine trading house to be involved in — well, welcome to the future of the energy industry.

This column does not necessarily reflect the opinion of the editorial board or Bloomberg LP and its owners.

David Fickling is a Bloomberg Opinion columnist covering commodities, as well as industrial and consumer companies. He has been a reporter for Bloomberg News, Dow Jones, the Wall Street Journal, the Financial Times and the Guardian.

AutoNation (AN) Outpaces Stock Market Gains: What You Should Know 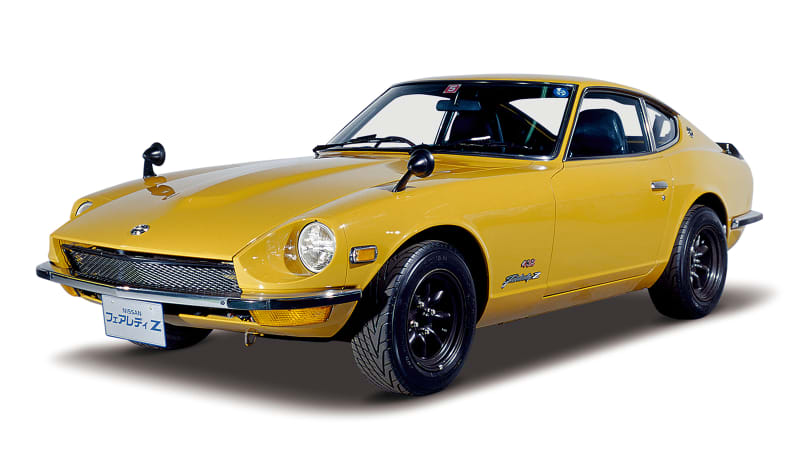 With a new Nissan Z coming soon, we look at the sports car’s history