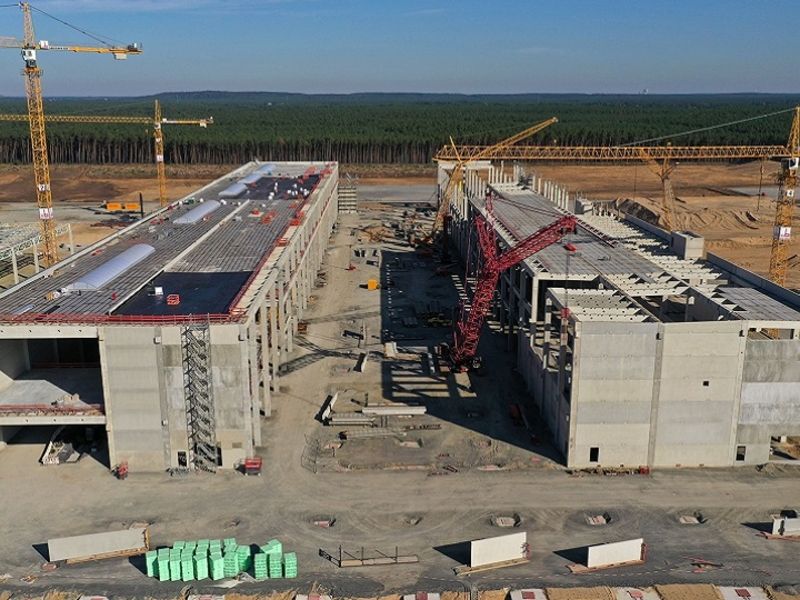 BERLIN — Tesla’s push to build its first European car factory is facing a key test this week at a public hearing near Berlin, where local residents have filed hundreds of complaints about a range of issues from water usage to noise pollution.

Authorities in the state of Brandenburg, where Tesla is building a plant in Gruenheide to assemble as many as 500,000 cars a year, have received more than 400 objections to the project.

They center around the increase in truck traffic in the region, the hundreds of trees cleared to make way for the factory, and scarce water resources.

“My concerns are manifold,” local resident Frank Gersdorf said while lining up to get into the town hall for the start of the hearing on Wednesday. “The problem is that the end result of the proceedings, a green light for Tesla, looks like it’s already predetermined.”

The plant is slated to start production in the summer of 2021 and underpins Tesla’s European expansion plans.

While the hearing is one of the prerequisites for final approval, German officials have repeatedly signaled they’re behind the project. During a visit to the site by Elon Musk earlier this month, Economy Minister Peter Altmaier promised the Tesla CEO whatever assistance is needed to get the facility up and running.

On Wednesday, 114 people who had posted complaints filed into the town hall in Erkner, a city near Gruenheide, to discuss the project with representatives from Tesla, the local water utility and the state’s environment ministry.
Heated Start

The hearing, which could last several days but won’t end with any decision, got off to a heated start. Several participants complained about the lack of a live stream, and one person demanded — to loud applause — that the hearing’s chairman, an official from the state’s environmental office, step down because of an alleged bias. The request was denied after a brief recess.

Tesla has already made significant progress and would have to dismantle installations if it does not win final approval. Water is a main concern, with some people complaining that the factory would use up too much of the resource in a region already suffering from increasingly frequent droughts.

Musk has started a charm offensive, tweeting in German on several occasions to promote the project. He also addressed water concerns, saying during his visit earlier this month that the factory will recycle “as much as humanly possible” and that Tesla is open to outside advice on what it can do better.

The Best Off-Road Vehicles for 2020

Father, son used-car sellers $7b richer in a day