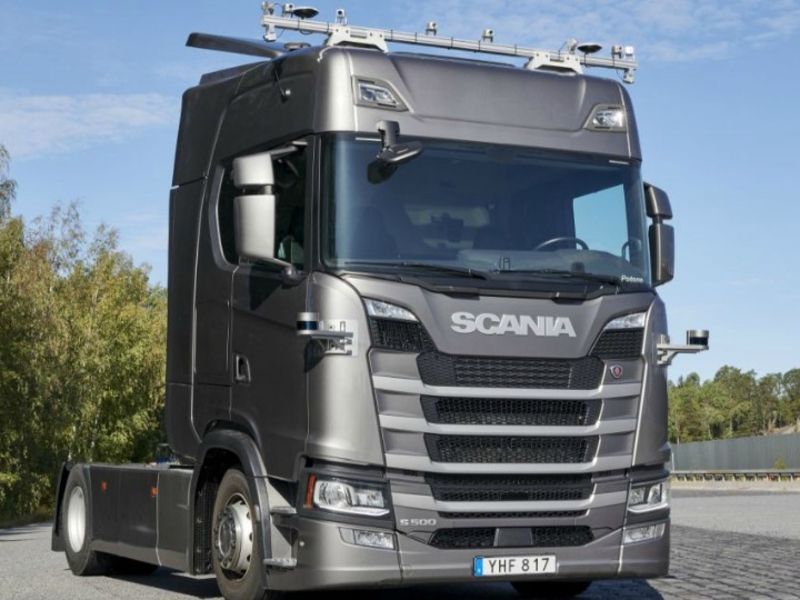 Volkswagen Group’s Traton commercial truck unit is partnering with TuSimple, a self-driving startup that recently aligned with Navistar International, the U.S. manufacturer that Traton is trying to acquire.

Traton and TuSimple will team up initially to develop autonomous trucks for a set route in Sweden, the companies said in a joint statement on Wednesday.

They will work together on a Level 4 automation system that will allow Scania trucks to drive without human intervention under certain conditions. Their goal will be to eventually test fleets throughout Sweden, Germany and other countries.

The partnership with TuSimple is “another step toward becoming a global champion,” Matthias Gruendler, Traton’s new CEO, said in the statement. He succeeded Andreas Renschler as part of an abrupt management reshuffling this summer.

Traton has taken a minority stake in TuSimple as part of the partnership.

Traton already has an almost 17 percent stake in Navistar and has offered $3.6 billion to buy the rest. Navistar has said that while Traton’s bid underestimates its value, the Lisle, Ill.,-based company wants to engage in further talks.

Acquiring the maker of International brand commercial trucks would enable Traton to access the North American truck market, which accounts for the biggest chunk of industry profits. The two also would presumably save substantial development costs related to new technology.

First Resonance Emerges from Stealth to Help Companies in Aerospace, Robotics, and Automotive Get Hardware to Market Faster and Cheaper | Nachricht