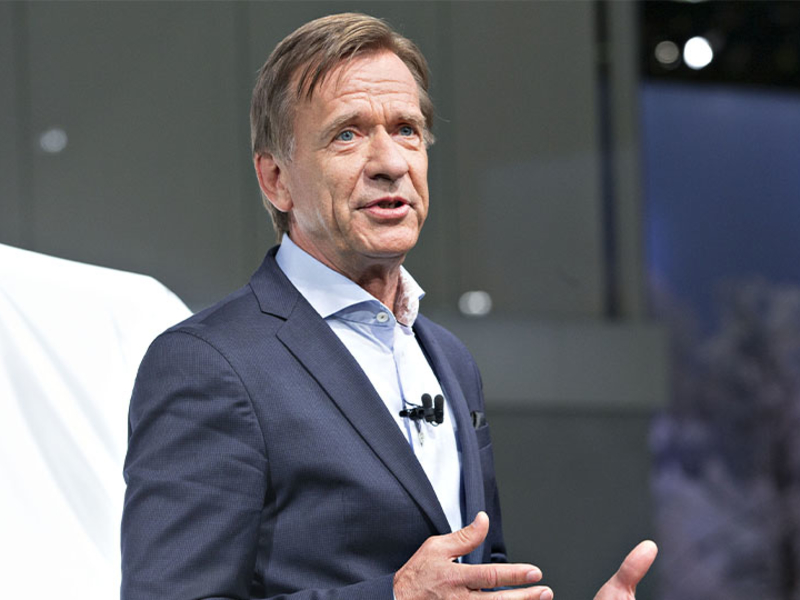 STOCKHOLM — Volvo Cars expects to hit its forecast of roughly flat sales year-on-year in the second half of 2020 even as a recent a surge in coronavirus cases across Europe makes the outlook more uncertain, CEO Hakan Samuelsson told Reuters.

The Swedish automaker notched a sixth straight annual global sales record in 2019, with a volume of more than 700,000 cars, but Samuelsson has told Automotive News Europe he doesn’t expect to reach another all-time high in 2020. That is because its sales were down sharply during the first half.

While demand rebounded strongly in July and August, helped by increased sales in Europe, China and the United States, the CEO said this month’s volume has not been as robust.

“We have a second wave [of COVID-19 inflections] in Europe, which is making the outlook a bit more uncertain … for September we are roughly on the same level as last year,” Samuelsson told Reuters. “For the rest of the year I would say our base case is still to be back roughly at where we were last year.”

Samuelsson said Volvo had available production capacity at its U.S. plant and in China, while its European factories in Torslanda, Sweden, and Ghent, Belgium, were running at full capacity.

Earlier this year the group unveiled plans for a merger with its sister company Geely Automobile, but talks are on hold as Geely works to list its shares on China’s Nasdaq-like STAR board.

Samuelsson said Volvo was working on the matter internally and expected to announce news on the way forward before year-end.

“Volvo is Swedish and Geely is Chinese, and if we do something together it has to be a strong global internationally governed group, with an international management and board,” he said. “The question is how we should solve that … There are different models for securing the synergies that by the end of the day are the main reason for this.”

When asked recently by ANE about the potential benefits of the merger Samuelsson said: “It would make Geely Auto and Lynk & CO global brands. It also would create very attractive business opportunities for Volvo retailers outside of China.”

Volvo, which wants full-electric cars to account for half of its global sales by 2025 and plans to separate its combustion engine business into a stand-alone unit, will start production of its first battery-powered car, the XC40 P8 Recharge, this month in Ghent.

After that, it plans to launch one new full-electric car a year.

“I think the timing is perfect,” Samuelsson said. “The pandemic has clearly accelerated the transformation to electric, and we are more committed than ever to go in that direction.”