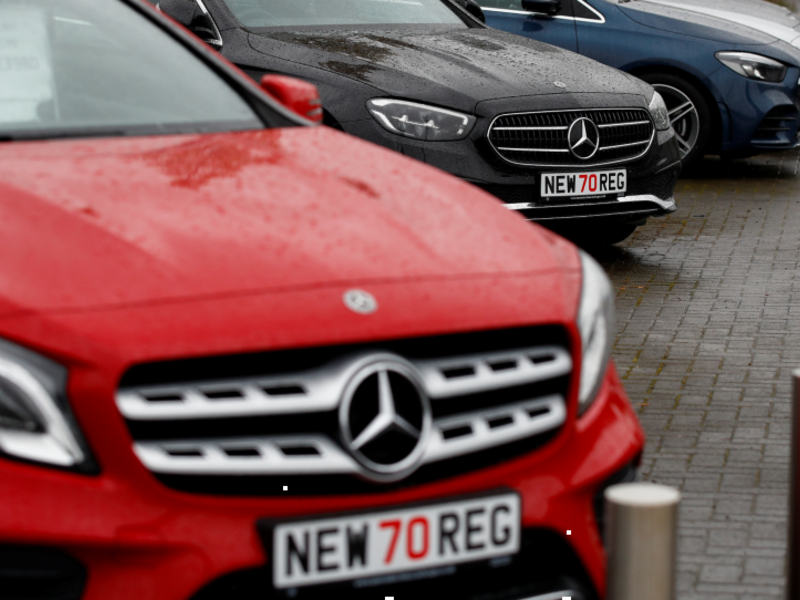 Western European auto sales barely budged in September, largely because of a slump in the UK,  signaling a “sluggish” recovery from COVID-19 lockdowns, analyst company LMC Automotive said in a report.

Registrations rose by just 0.1 percent in the 17 countries in the region, despite there being one more selling day in the month than in 2019, LMC said Tuesday. The selling rate declined after three months of increase, as pent-up demand and post-lockdown incentives ran their course. August’s selling rate of 15.1 million units annually fell to just 12.7 million in September.

“The abrupt slowdown in the region’s selling rate signals recovery will be sluggish,” LMC said.

For the year, LMC is forecasting total sales of 10.92 million units, a decrease of 24 percent from 14.3 million units in 2019. That is a slightly worse forecast than in July, largely because of an unexpected 4.4 percent decline in UK sales in September – a critical selling month for that market — LMC said.

An anticipated bump in the UK because of the issuing of new registration plates in September did not materialize, despite “promising” activity early in the month, as new lockdowns were announced, LMC said.

Another factor in September’s relatively weak numbers is a resurgence in coronavirus cases, leading to localized shutdowns and rattling consumer confidence, LMC said. “Spain is currently experiencing the most serious second wave of COVID-19 cases, sparking new restrictions on large segments of the population that could, in turn, suppress demand further,” the report said.

LMC cautioned against a direct comparison with 2019 sales, which it said were distorted by WLTP-related issues stemming from a Sept. 1, 2018, deadline for certification of all models.  Through September, western Europe sales are down by 30 percent to 7.74 million, compared with 10.56 million in 2019.