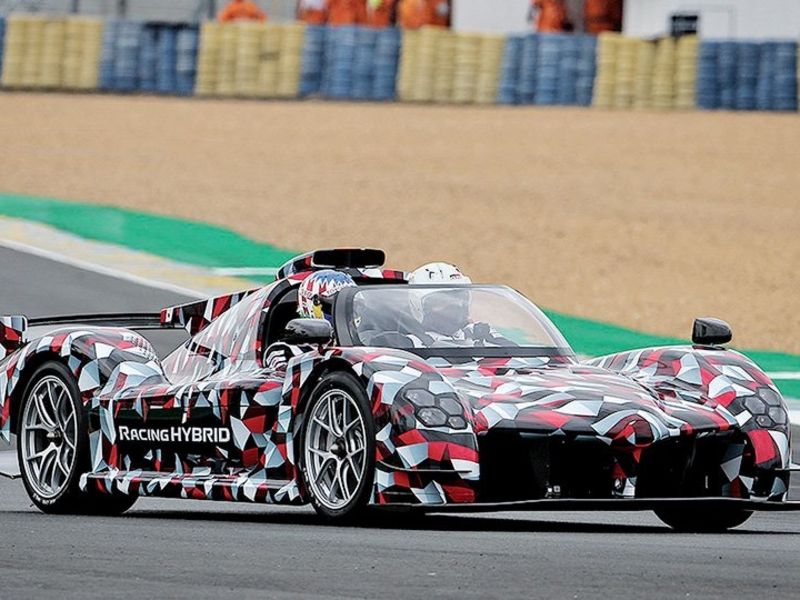 The GR Super Sport drove for the first time in public Sept. 20, before the 88th running of the 24 Hours of Le Mans at the Circuit de la Sarthe in France.

Wrapped in black, red and white camouflage — the colors of the Gazoo Racing team — the open-top hybrid took to the track with two people on board.

The prototype is further evidence Toyota’s GR division intends to make a production version of the sleek GR Super Sport Concept that it showed at the Tokyo Auto Salon in January 2018.

Toyota didn’t confirm such plans, but it issued a statement stoking hope.

“The GR Super Sport epitomizes Toyota Gazoo Racing’s commitment to use motorsport to make ever-better road cars for the enjoyment of customers, and it symbolizes the ever-closer relationship between Toyota Gazoo Racing race and road car products,” the company said.

Alex Wurz, a former Gazoo Racing driver who took the Super Sport on its demonstration lap around the track, called the car a “development version” of the hypercar.

The Super Sport is based on Gazoo Racing’s circuit-churning TS050 Hybrid race car, the first Toyota vehicle to win at Le Mans in 2018. It also set the fastest-ever lap and holds the race lap record, Toyota said. Toyota’s TS050 won the race in 2019 and this year.

“I could feel the similarities between the GR Super Sport and the TS050 Hybrid in terms of performance, particularly the four-wheel drive and the hybrid system,” Wurz said. “But the engineers tell me this was only a small taste of the GR Super Sport’s true performance.”