Of all the nifty new features Google is adding to Android 11, wireless Android Auto is definitely the most convenient for cord-cutting travelers. While newer cars natively support this tech, a vast number of older or cheaper vehicles only support the wired version. An Indiegogo project hopes to solve this issue once and for all.

Dubbed AAWireless, the device is effectively a middleman that allows your smartphone to communicate with your car’s Android Auto head unit via Wi-Fi.

The current hardware prototype, which resembles a tiny box with a USB port, plugs directly into the car’s head unit like a dongle. The prototype takes around 30 seconds to connect to the phone, but once the process is complete users can access Android Auto directly from their car’s dashboard. This includes live navigation, access to media controls, and placing or answering calls. The final device will likely measure around 50mm x 50mm x 30 mm, and lose its ethernet and USB-A ports.

Wireless Android Auto is now rolling out to devices running Android 11 but its compatibility with vehicles is dependent on a number of factors. Some cars don’t support wireless connectivity and would otherwise require a head unit upgrade to gain the feature. For these vehicles, the AAWireless seemingly fills a void.

The device has already passed its funding goal and is available for $55 on its project page. Shipping is scheduled to begin by February 2021.

Next: The best Android Auto apps to get the most out of it 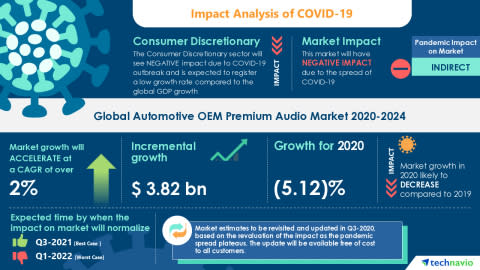 First Resonance Emerges from Stealth to Help Companies in Aerospace, Robotics, and Automotive Get Hardware to Market Faster and Cheaper