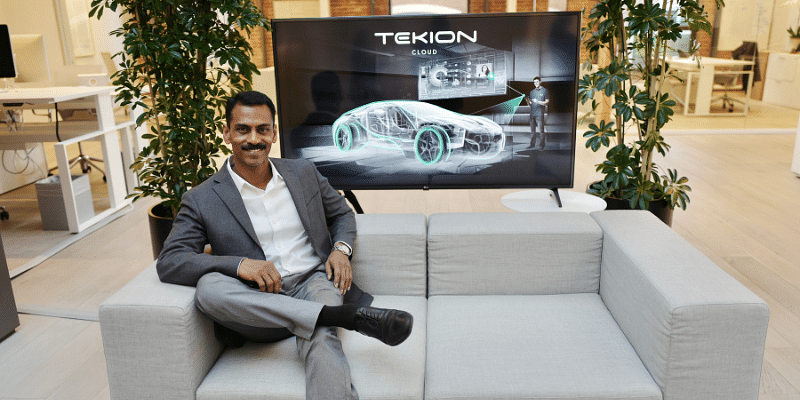 Jay Vijayan, former Chief Information Officer (CIO) of Tesla, has spent nearly two decades in the technology corporate world. While working at Tesla, he came across the complexity of technology systems that run from the time a car leaves an automobile plant, reaches the dealer network, and finally, the end consumer.

At a time when car manufacturers are striving to develop new and exciting features to drive innovation and brand differentiation, it has led to vehicle complexity, leading to unsatisfied customers.

This made Jay take up the challenge to build a technology platform, which can absorb all the complexities and present an easy-to-use interface.

After working at various corporates such as Tesla, VMware, Oracle, etc., Jay plunged into the world of entrepreneurship and started Tekion in 2016. He says: “For me, there is always the satisfaction of creating something which is of value.”

The US-headquartered tech startup, which has centres in India, seeks to reimagine how software is being used in buying or servicing of cars.

“There has been no innovation from a foundational perspective in this area, and there have been only some point solutions,” says Jay.

He cites an example of a classical automobile dealer in the US who would have around 30-50 different software packages to run their entire operations, and this does not necessarily lead to smooth functioning. “All this can lead to jarring customer experience,” remarks Jay.

Also, the automotive industry has very distinctive characteristics. Every original equipment manufacturer (OEM) or the carmaker have their own way of doing things and it is the same with the automobile dealers.

Jay decided to build a technology platform which would take all the functions like sales, finance, inventory management, and customer service, to name a few, and provide an easy-to-use interface where all the software would talk to each other in the backend.

It took about three years for Tekion to build its technology platform leveraging artificial intelligence, machine learning, internet of things (IoT), and big data. But the startup had to face a classical chicken and egg challenge.

Tekion met the automobile dealers who were very enthusiastic about the platform, but needed the go-ahead certification from the OEMs. On the other hand, OEMs told Tekion it needs to get a good number of dealers to their technology platform before they could think about engaging with them.

“It was a very bumpy ride and we went through some tough situations. But in the end, we managed to bring both of them together,” says Jay.

The technology platform was the common connecting point between the OEMs and the dealers as both had one common goal, which is to sell more cars.

In November last year, Tekion launched its first product called the automotive retail cloud, which allows a contactless environment for buying and servicing of cars. Besides, it also does the function of warranty management and inventory check by connecting with the OEMs and also advanced analytics to further understand customer behaviour.

According to Jay, Tekion’s technology platform allows for seamless integration between the OEM and dealer. Further, it also connects with the retail consumer where the individual does not have to download any app to know the status of the transaction.

In short, Tekion’s technology platform brings together all the three constituencies of the automobile world – OEMs, dealers, and the end consumer.

According to market estimates, the global automotive dealer software market is expected to reach around $21.7 billion by 2025 from the level of $12 billion in 2017.

Jay says Tekion has received very solid traction from the market without getting into the specifics, with a majority of its customers being the automobile dealers.

The startup offers its product on a subscription model.

“When we first launched our product, our customers and investors were very surprised as they did not expect it work so seamlessly,” says Jay, and adds, “We do not introduce any products unless we are sure that it meets all the metrics.”

The big plus for Tekion has been its investors. The startup, which has raised more than $30 million in venture funding, has rival OEMs such as General Motors, BMW, and Nissan as its investors, besides the VCs.

“We are thrilled with the kind of validation that we have got. For some of the OEMs, once they started engaging with us and understood what we are trying to solve, it has become a wow factor,” says Jay.

The main market for Tekion at present is North America, but the startup has got interest from other regions like Europe, South America, Asia, and even India. It is likely to firm up its plans of entering into new geographies by 2021.

“As a true cloud-native, our aspiration has always been to be truly global,” says Jay.

However, for Tekion, a few months since the launch of its product, COVID-19 hit the globe and the impact on the automobile industry has been very severe with factories stopping production, layoffs, and a steep drop in sales. However, things have turned out better for the startup.

“The initial months were tough, but I would say the turnaround has been phenomenal as a lot of people are now buying personal cars. This has led to increased sales and service,” says Jay.

This has put Tekion in a favourable position as there is increased demand for its technology platform and the retail consumers now demanding a contactless kind of environment to conduct any transaction – be it sales or service. The startup’s product is designed to do this kind of function.

Also, in the COVID-19 situation, Tekion was able to implement its solution for many dealers while being completely remote.

Jay says there is strong product roadmap for Tekion ahead, which will be customisation for the newer markets it is planning to enter along with stronger OEM integration. Besides, the startup also plans to increase the personalisation level of its platform where a consumer can choose a service dealer completely online.

Tekion currently has around 400 employees with offices spread across the globe. In India, it has its technology centres in Chennai and Bengaluru.

The automotive software segment is a crowded market and Tekion has got competition from the likes of DealerSocket, Daric, Boomr, vCom Solutions to name a few.

At the same time, the global automobile industry is also witnessing changes, which include the development of autonomous cars and electric vehicles.

Jay confidently says, “Tekion will probably be one of the few companies which will be relevant in the future. Our platform is very configurable as it can also connect with autonomous cars.”

A Silicon Valley-based angel investor, Jay has the experience of interacting with various kind of entrepreneurs and founders.

“If you enter into something with an exit in mind, then it is not a good business strategy. For us, Tekion is clearly a long-term vision of how to create value for the ecosystem, and it is extremely satisfying to get that validation from our customers,” says Jay.

Want to make your startup journey smooth? YS Education brings a comprehensive Funding Course, where you also get a chance to pitch your business plan to top investors. Click here to know more. Around 1,800 workers in automobile factories have suffered serious injuries in past 3 years: Report