(Bloomberg) — If you live in Turkey or Pakistan and are looking to sell your car, the world’s biggest independent oil trader wants to make a deal.

Vitol Group, which traded more than 8 million barrels of oil and petroleum products a day in 2019, is getting into the used-car business.

The storied trading house, founded more than 50 years ago in Holland, has launched a new venture called Vava Cars. It’s “on a mission to become the most trusted car transaction platform in the world,” the company says on its website.


The used-car startup is the latest example of how the world’s biggest energy traders are trying to diversify their core business of buying, blending and transporting oil and refined hydrocarbon products amid the transition to greener fuels.

While Vitol has said it doesn’t expect global oil demand to peak until at least 2030, it has already moved aggressively to diversify some of its business away from oil. The Rotterdam-based company has made investments in wind, solar and battery storage while recently beefing up its power trading business. It’s invested in one company that converts plastic into diesel and another that uses coal to create hydrocarbon liquids. It’s also bankrolling a proposed carbon capture and hydrogen project in the U.K.

But funding a business buying and selling used cars is a decidedly new tack for the oil trading giant, taking it even further downstream the energy chain.

A Vitol spokesperson declined to comment on Vava and the strategy behind the new business.

The price of used cars has soared in Turkey amid a shortage of new vehicles as they have become a hedge against inflation, following a crash in the value of the Lira, Bloomberg reported in February.

The situation has since become more acute, with prices for some used cars now higher than new vehicles of the same make and model.


Vitol has access to plenty of low-cost capital to buy used cars as the world’s biggest oil traders depend on billions of dollars in bank loans to fund their day-to-day operations. It’s also an expert in exploiting price arbitrages between different geographic markets.

“Our revolutionary new service takes the hassle out of trading second hand vehicles and allows consumers to sell and dealers to buy with confidence,” Vava says on its LinkedIn page. “We are the future of used car selling and buying.”

Vava is looking to hire for a number of roles based in London including a Finance Manager, Chief Product Officer, Head of Platforms and Head of Data Science, according to its LinkedIn page.

Vitol and other large trading houses have been hiring data scientists and building “data-refineries” to interpret millions of daily data points including, presumably, used car sales and price information.

In Turkey, the Vava venture is operating out of Vitol’s Petrol Ofisi fuel station network, which boasts more than 1,800 locations across the country. Petrol Ofisi is Turkey’s third-largest company by revenue, according to information on its website.

The oil trader already has a major presence in Pakistan through its 40% stake in Hascol Petroleum Ltd., a fuel storage and service station retailer.

Pennsylvania Manufacturer Thrives -- If Only It Can Find Good Workers 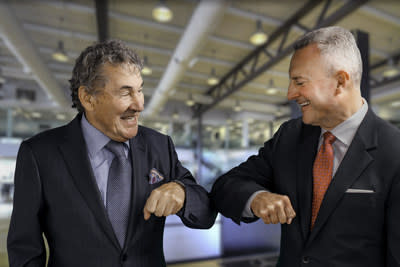