Cars.com outlines what a President Donald Trump reelection or a Former Vice President Joe Biden presidency means for the future of the automotive industry and car shopping

CHICAGO, Oct. 1, 2020 — Cars.com (NYSE: CARS) is a leading digital automotive marketplace and solutions provider. The Cars.com team of experts explored the differences in each candidate’s platforms and looked into major impacts the upcoming election will have on the automotive market and American consumers. The full report can be found at Cars.com/news/election2020.

“The first point people should understand about the auto industry is that vehicles are manufactured for years in essentially the same form based on an enormous upfront investment — vehicle platforms last 6.7 years on average,” said Joe Wiesenfelder, executive editor for Cars.com. “Contrast this with a four-year presidential term, and it’s hard to accept any claim that a president or nominee has changed, or could change, where automakers conduct final assembly in short order, even though this is where the current candidates are making most of their campaign claims and pledges.”

Three Words Our Country Loves: Made in America

The candidates do not differ much on the U.S.-Mexico-Canada Agreement, which replaced the North American Free Trade Agreement under President Trump. However, it will take years to see the final impact on where automakers build their vehicles.

To date, there are few signs that the USMCA is bringing manufacturing back to the U.S. from abroad. Ford went from importing the Ranger mid-size pickup truck to assembling it in the U.S. However, it also opted to cancel the redesigned Focus sedan/hatchback due to tariffs.

“Regardless of campaign pledges, once production begins in a plant, country or hemisphere, relocating that platform is more expensive than most tariffs, penalties or trade restrictions the manufacturer might encounter,” said Wiesenfelder. “American parts manufacturing timeframes aren’t as long as vehicle platforms, however; if either candidate focuses on lower-tier manufacturing, it is possible we’ll see more auto parts plants move to the U.S., as Vice President Biden has suggested, referring to domestic auto supply chains.”

The Future of Electric Vehicles

“The clear difference and potential for swift change between President Donald Trump and Vice President Joe Biden is their environmental stances and EVs,” added Wiesenfelder.

Vice President Biden’s focus on EVs and environmental policies could also be fueled further as Democratic governors apply more energy behind these efforts on a local level; one example is California Gov. Gavin Newsom and his recent announcement to ban the sale of new gasoline-powered vehicles by 2035.

Consistently low gas prices and tepid government support are two reasons Cars.com predicted last year that EVs would struggle to become mainstream in the U.S. even by 2030. Government support is a necessity for zero-emissions vehicles to achieve mainstream sales. When federal electric car tax credits were set to expire for GM and were gone for Tesla in March, the Trump Administration reportedly blocked attempts to extend them. It currently offers no other information for EV support in the future.

For consumers to adopt EVs, incentives will help, as will the availability of public charging stations. However, it’s worth noting that most EV buyers do the overwhelming majority of their charging at home, and well-intentioned interventions can go wrong, such as when federal tax credits of $7,500 went to buyers of $100,000 EVs, offending allies as much as opponents.

“EVs need to be less expensive to compete. As they exist today, they will never make a meaningful dent in the marketplace without subsidies,” said Wiesenfelder. “Government support is necessary, and we predict a clear difference in the marketplace if Vice President Biden takes office. If President Trump is reelected,  EVs could once again falter or even retreat as they did under other Republican administrations.”

Vice President Biden’s plan demands a worldwide ban on fossil fuel subsidies and targets a 100% clean energy economy and net-zero emissions no later than 2050. In addition, his campaign looks to update the Cash for Clunkers program to provide consumers rebates to swap old, less efficient vehicles for new vehicles built from materials and parts sourced in the U.S. Vice President Biden’s camp also states it will commit to purchasing clean vehicles for federal, state, tribal, postal and local fleets.

Under the Trump Administration, Corporate Average Fuel Economy, a standard that regulates how far automakers’ vehicles must travel on a gallon of fuel, was decreased. Vice President Biden’s campaign points to a new fuel economy standard even higher than that under President Obama. Any changes are likely to get held up in the courts for years as automakers and states push back; even without the barriers, CAFE changes take years to show results for consumers.

Regardless of who enters the White House in January, impact from COVID-19 on the automotive industry is likely to continue and may require additional attention from policymakers in the future.

For more information and to read the full report, visit Cars.com/news/election2020.

CARS is a leading digital marketplace and solutions provider for the automotive industry that connects car shoppers with sellers. Launched in 1998 with the flagship marketplace Cars.com and headquartered in Chicago, the Company empowers shoppers with the data, resources and digital tools needed to make informed buying decisions and seamlessly connect with automotive retailers. In a rapidly changing market, CARS enables dealerships and OEMs with innovative technical solutions and data-driven intelligence to better reach and influence ready-to-buy shoppers, increase inventory turn and gain market share. 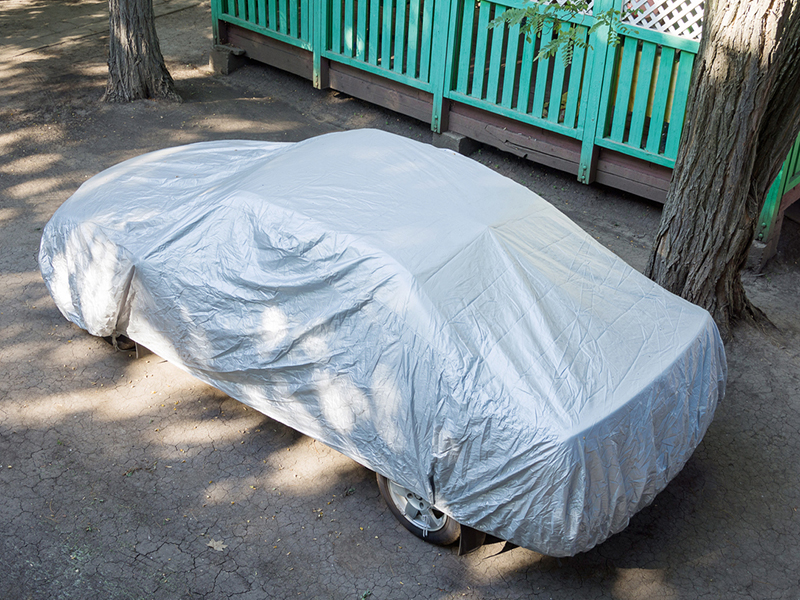