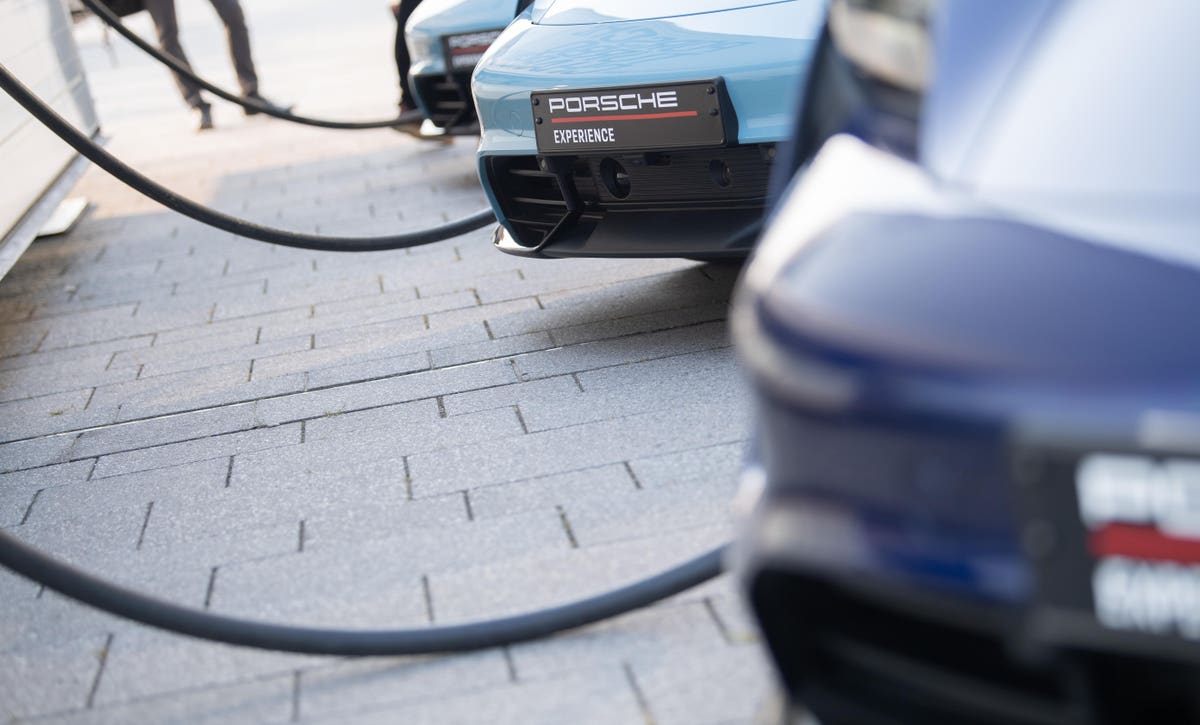 The share of electric cars on Europe’s roads has tripled since the start of this year, according to new data published today by campaign group Transport & Environment. By the end of the year they will represent 10% of vehicle sales, rising to 15% by in 2021. This is up from just 2% early last year.

There are now 130 electric vehicle models on sale in Europe, up from just a handful two years ago. By next year one in every seven cars in Europe will be a plug-in.

The reason for the sudden increase is clear. New average fleet CO2 limits kicked in at the start of the year in the European Union, limiting emissions from passenger cars to 95 grams of CO2 per kilometre. This is down from the 30g CO2/km limit required from 2015 to 2019. CO2 limits were first set in 2008. Each time they have been tightened, European automakers lobbied against them. But the data shows that each time a new target came into force, cars became cleaner because the automakers had to comply.

“We can see that the increase in EVs went hand in hand with the introduction of car CO2 targets,” says Lucien Mathieu, a transport and e-mobility analyst with T&E.

Automakers need to produce more electric cars in order to lower their fleet average to make up for their most polluting cars. They have also been given further incentives to make more EVs in the EU legislation, which counts EVs higher than a regular car toward meeting the fleet average.

Thanks to their new electric models, BMW, Volvo, FCA-Tesla and PSA (Peugeot Citroën) stand out as the lowest emitters and have already met the new target. Renault, Toyota-Mazda, Nissan and Ford haven’t met the target but are on track to do so. Kia, Hyundai, Daimler and Volkswagen stand out as the laggards, according to the analysis, and Jaguar Land Rover has the worst average emissions performance.

By country, Sweden is in the lead with the most electric car sales, followed by Finland and the Netherlands. Cyprus, Lithuania and Greece have the lowest amount of EV sales. Volvo is selling the most EVs, while Toyota-Mazda is selling the least, according to the analysis.

No new regulation means no EVs

T&E cautions, however, that these latest numbers are both good and bad news. The good news is that it is happening. The bad news is it shows that automakers are only being incentivised to produce cleaner cars when tighter emissions limits come into force. And the next round isn’t scheduled to kick in until 2025.

“This EV momentum that we saw this year will basically taper off after 2021,” says Mathieu. “There is a huge risk that the supply of EVs in Europe will stagnate in the 2020s. The reason is the design of the EU regulations, where targets only kick in every five years.”

The increase of clean vehicle sales whenever new targets come into force has become so predictable that this year’s tripling was already predicted in 2019, though developments have exceeded expectations.

Julia Poliscanova, senior director for clean vehicles at T&E, says that while the legislation doesn’t have an effect on how much consumers want to buy an electric vehicle, it does effect how much automakers want to make them. This year has shown that if carmakers produce and market EVs, people will buy them. But without a further regulatory push, the fear is that they will stop producing new EVs.

“EU manufacturers are back in the EV race, but without more ambitious CO2 targets in 2025 and 2030 to spur them on, they’ll run out of steam as soon as 2022,” she says. “The electric car is finally entering the mainstream in Europe but SUV sales are still growing like weeds. The only way to kill off highly-polluting vehicles is to give carmakers a clear end date now. Cars that run on biofuels, fake electric engines or fossil gas emit CO2 and shouldn’t be allowed on the market after 2035.”

In the United States, meagre fuel economy standards have been used as the method to try to lower emissions but the Trump administration has moved to make the standards even lower than they already are and block a handful of states which tried to set their own stricter limits at state level.

EV sales data for the U.S. seems to show a clear correlation between this lack of strict regulation and what’s happening in the market. EV sales in the U.S. have actually fallen by 24% this year. While European sales have soared, American EV sales have struggled to break past the barrier of 2% market share. Tesla is still propping up the market, making up around 80% of U.S. EV sales while other American automakers offer almost no new EV models.

Fuel economy standards are set by the Environmental Protection Agency, part of the executive branch, so a Joe Biden administration could rapidly change the direction of American electric innovation. Or, the United States could opt to change its approach to be more in line with the EU average fleet emissions cap model, which seems to be working well in driving EV sales – for now at least.

Global Property and Casualty Insurance for Automobile market is expected to see growth rate of 8.31%

Thinking of buying a new car? Do it now to take advantage of deals