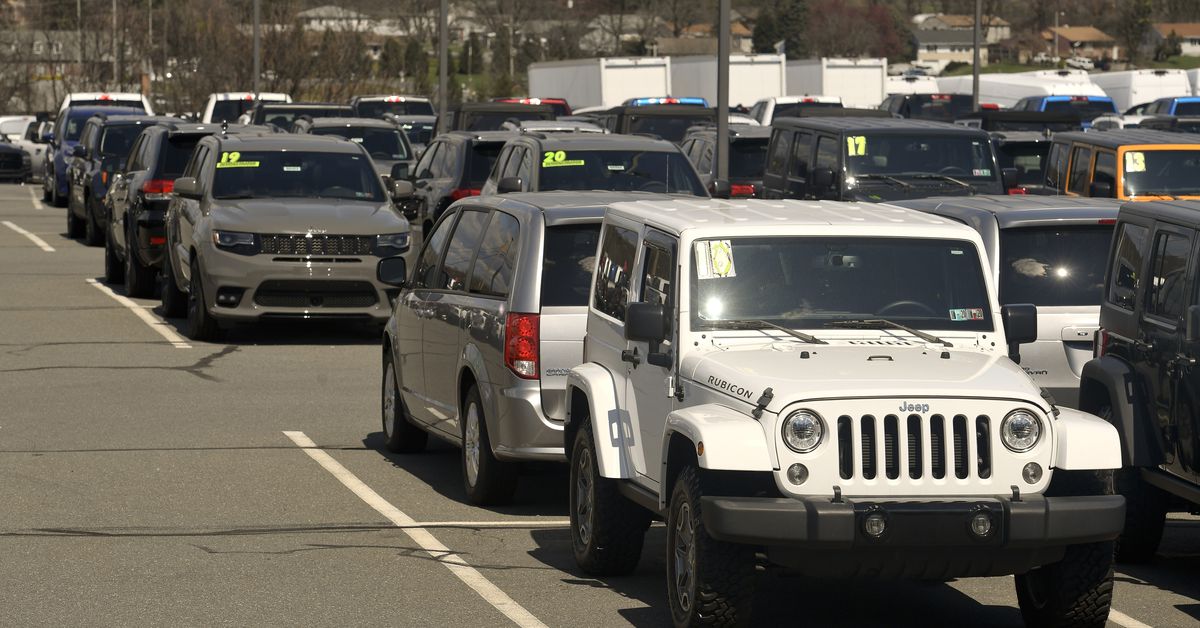 Then, say it with me, the pandemic happened.

In September, Lee, who lives in Howard County, Maryland, sold that same car for $11,000 on CarMax, a $1,500 increase from the offer he received in January.

“When I heard used car prices were reaching levels unseen in several years, I took it to CarMax and it was a done deal,” Lee said.

While it’s true that used car prices are spiking and demand has increased, car sales are down overall for both new and used cars. This can be traced back, in part, to another staple of pandemic consumerism: a disruption in the supply chain.

Cars never quite reached the coronavirus unavailability of toilet paper — if you wanted to buy one, you were almost certainly able to. However, even seven months into the pandemic and buying a car secondhand, the market is notably different from what it was pre-virus. Your new car may not be the model you wanted, and it certainly won’t be a steal. As much as it might seem counterintuitive, low sales are helping fuel higher prices.

The used car market is significantly larger than the new car market: About 40 million used cars were sold in 2019, compared to about 17 million new vehicles. But as one auto industry expert described it to me, they operate in tandem.

“The used car market relies on inventory from elsewhere,” said Jessica Caldwell, executive director of insights at the automotive research site Edmunds. Caldwell explains that stock in the used market comes from customers trading in old cars for new ones or turning over leased vehicles, as well as from other sources, like rental car companies casting off the tired fleet for fresh models.

But as the pandemic heated up, elements of that makeshift supply chain were impacted by more traditional disruptions in the new car supply chain: locked-down plants and skeleton crews. New car sales plummeted because there were fewer new cars to sell.

“While the new car market took a big hit to sales, that affected the used market supply because you don’t have people trading in their cars as much or ending their auto leases on as regular a basis as before,” Caldwell said.

After the 2008 financial crisis, the federal government tried to spur the auto industry by passing legislation that would incentivize car-buying. Under the Car Allowance Rebate System, also known as the “Cash for Clunkers” program, people trading in old models could qualify for a discount of $3,500 or $4,500 off the purchase of a newer, more fuel-efficient vehicle.

There’s been no similar program following the latest recession as the automotive industry recovers from shutdowns and catches up to meet current demand. The industry is currently experiencing a V-shaped recovery, Caldwell said, even without auto-specific initiatives.

Certain kinds of cars and certain kinds of customers are keeping the new car market afloat: Aaron Bragman of Cars.com says that these shoppers are looking for large SUVs and pickup trucks. This popularity has led SUV prices to “go up considerably” by a couple thousand dollars. “Nobody wants a family sedan anymore, and SUVs are frankly just more expensive,” he said.

For some, that’s not a problem. “The folks who are buying [new] cars are not financially suffering because we can see that transaction prices are going up,” Caldwell said. And those buyers are in luck: Interest rates are unusually low, taking some of the shock off of the high price tag. Caldwell explained a trajectory not unlike the much-discussed K-shaped economic recovery, with wealthier people able and incentivized to buy new cars: “They’re buying more expensive or larger vehicles, and are moved to do so because the interest rates are low.”

But new and used car dealerships tend to have both different kinds of stock and different demographics of buyers.

With the new car market out of reach, some buyers turn to used

Pricey SUVs may reign on the lot, but the lack of smaller, cheaper cars forces younger, lower-income buyers out of the new car market. Buyers who can’t afford a new Toyota Highlander are looking for something pre-owned and affordable and may find themselves thrown into a market where sedans are still an option. On Reddit, first-time car buyers, primarily young adults and teenagers, seek advice from seasoned buyers and dealers on the subreddit r/UsedCars to determine which models require less maintenance, are reliable, and fit their budgets.

Demand for used vehicles has risen so much that dealers are reportedly running ads and calling up car owners, according to the New York Times. They attribute this spike to economic difficulty that might inspire customers to seek out a less-expensive alternative, but that’s not all. There are also, they say, buyers who are looking to avoid public transit and ride-sharing in light of the coronavirus.

Anecdotally, it certainly seems as though there has been an increase in first-time car buyers — with trend pieces about New Yorkers buying cars popping up from the New York Times to the Wall Street Journal — but industry insiders are not solely crediting these consumers with the increase in demand. Car lease periods are constantly ending, with many renters considering either a lease extension or a purchase.

“People are still buying cars regardless, and the factors that play into that decision could be low interest rates coupled with utility,” Bragman said. “If they’re looking for something cheaper and functional, not necessarily flashy, they might turn to the used car market.”

This increased demand, coupled with the still-recovering supply chain, means that even while sales are down, demand and supply remain tight, allowing prices to stay high and not waver.

As 2021 approaches, however, Caldwell predicted that used car prices will fall slightly: “There’s a finite period of time towards the end of the year when the model becomes one year older. So I’d imagine prices would briefly drop.” Even in a pandemic, cars lose value simply when the calendar turns to another year.

For now, though, it’s boom time for sellers — depending on their comfort level. Lee thinks he could’ve gotten a better deal if he sold the vehicle privately, up to $2,000 more, but because of the coronavirus, he wanted to minimize his interactions with strangers. Still, as a seller, he made out pretty well. “When I did the math, I got almost 70 percent of my money back for the Charger and put 15,000 miles on it,” Lee said.

Help keep Vox free for all

Millions turn to Vox each month to understand what’s happening in the news, from the coronavirus crisis to a racial reckoning to what is, quite possibly, the most consequential presidential election of our lifetimes. Our mission has never been more vital than it is in this moment: to empower you through understanding. But our distinctive brand of explanatory journalism takes resources. Even when the economy and the news advertising market recovers, your support will be a critical part of sustaining our resource-intensive work. If you have already contributed, thank you. If you haven’t, please consider helping everyone make sense of an increasingly chaotic world: Contribute today from as little as $3. 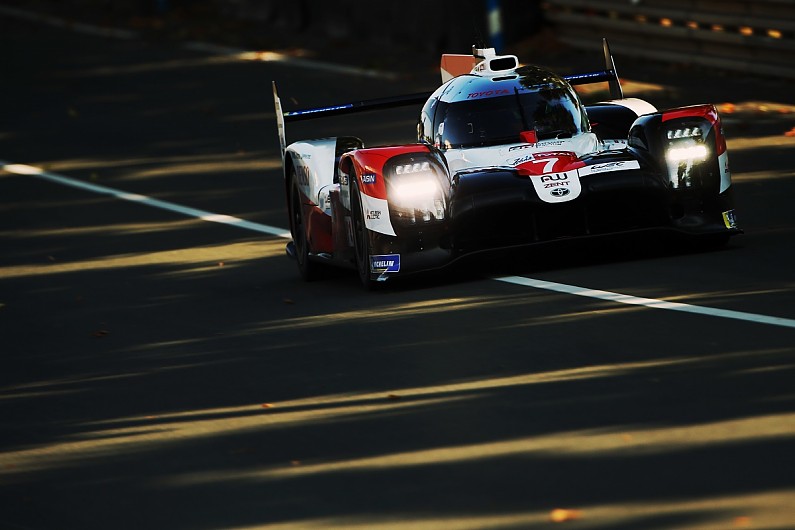 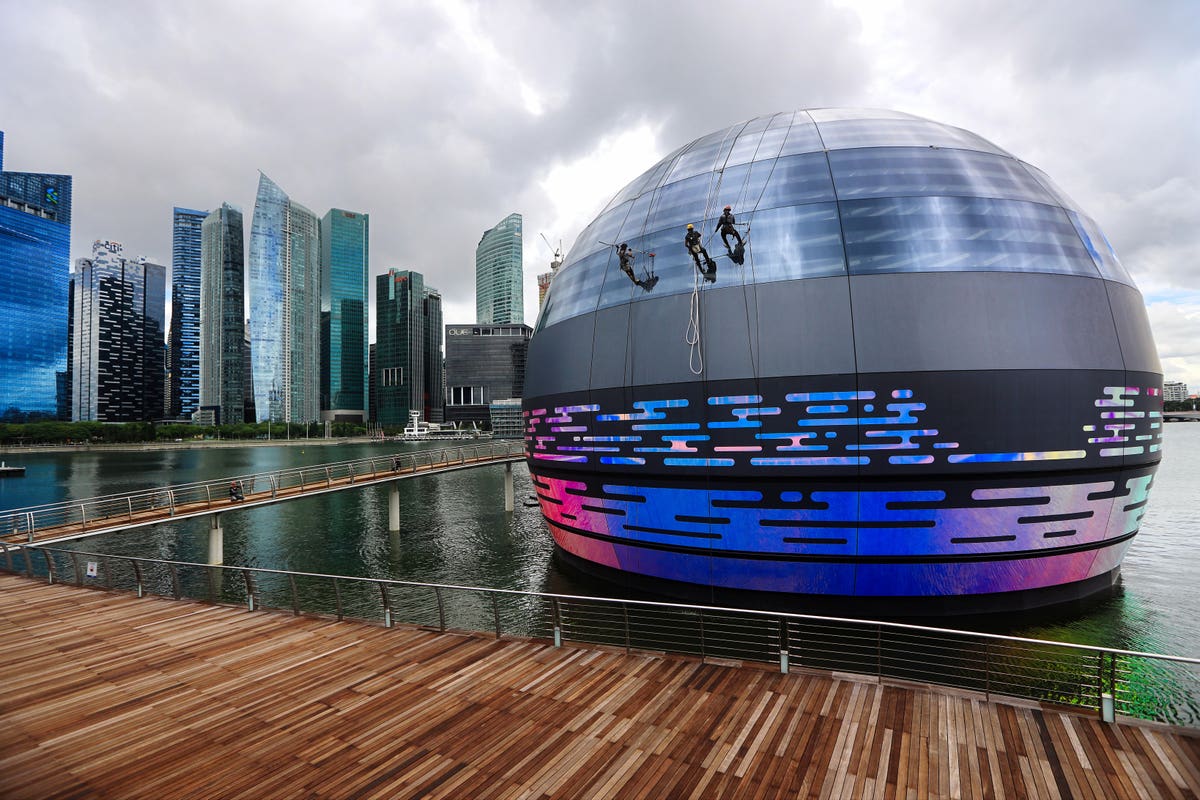 Buy And Sell Ratings For The Largest 20 Stocks