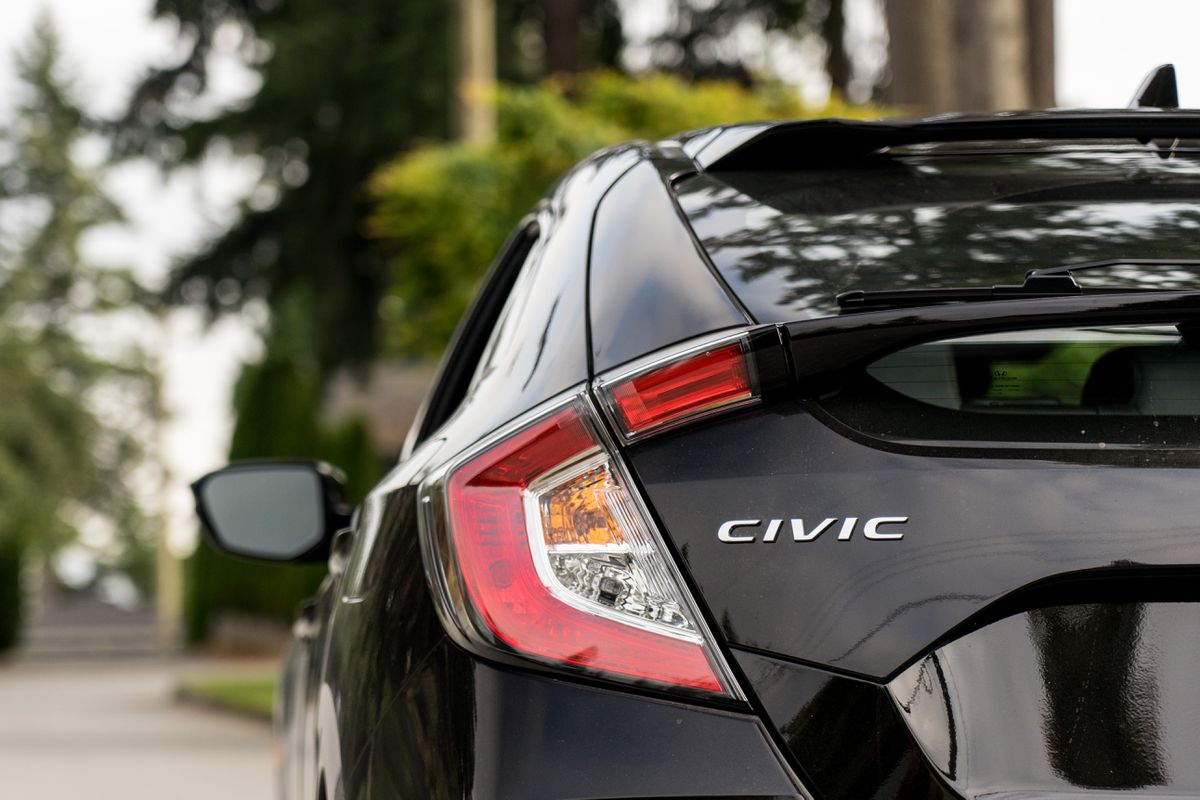 For more than a decade, the best-selling car in Canada was the Honda Civic. Then, all of a sudden, it wasnʼt. The current Canadian passenger vehicle sales champion, as of 2019, is the Toyota RAV4, which outsold the Civic by a little over 5,000 units. Adding insult to injury, sales of the Honda CR-V nearly caught up to its smaller stablemate.

Clearly, even the traditionally frugal tastes of Canadian shoppers are not immune to the rising popularity of crossovers. Manufacturers tout the flexibility of a crossover, its practical advantages over a small car, the benefit of greater ride height when tackling rough terrain.

But is purchasing a crossover buying slightly more car than you need? To test this theory, I picked up a Civic hatchback and challenged it to a weekʼs worth of activities better suited to a crossover, if you believe everything car advertisers tell you.

For the 2020 model year, the Civic comes in three body shapes: coupe, sedan and hatchback. The hatchback is built in Britain, while the coupe and sedan are made in Canada. With the two-door coupe being discontinued for the 2021 year, perhaps production might shift, and Canadian shoppers could eventually have the option of buying a Civic hatchback made in Alliston, Ont.

As it stands, the Civic hatchback is probably the high point of the entire Civic lineup. Even on the middle trims, itʼs got a slightly sportier character than the sedan, comes standard with a willing 1.5-litre turbocharged engine and has the flexibility of that hatchback.

First up – the family test, and an important consumer tip right out of the gate. If youʼve got young children, never buy a black car, and never buy a car with a light-coloured interior. The amount of sand and dirt and twigs and unidentifiable sticky substances a small child can track into any car is staggering. After day one, the Civic looked as if a rugby team had been living out of it for three weeks.

Having just swapped the car seats out of a mid-grade RAV4 the previous week, the Civic felt no less roomy than the larger Toyota. If anything, both my grade-school-age kids found the Honda easier to get in and out of. After a week of errands and socially distanced park excursions, we loaded up the car with books and podcasts, and headed out to the grandparentsʼ house.

Somewhere over the course of the visit, my dad taught my rambunctious five-year-old daughter how to use a log splitter, which she mastered in about five minutes. Iʼm going to have to keep my eye on that one. And also on Dad. I pitched in with an axe and maul, and weʼd soon split enough wood to fill the Civicʼs trunk. No crossover needed.

The firewood was for our end-of-week camping trip, which we started packing for early the next morning. Here again, the little Civic impressed with the sheer amount of gear you could fit into its hatch. No further space was really needed, but if a little extra room was required, it would make a great deal more financial sense to strap on a roof-mounted cargo box for a weekend than to buy a larger vehicle that you use all week.

Out on the highway, however, the Civic did show why crossovers have become a default choice for many. Where the highway was straight, flat and crowded, we moved through a sea of pickup trucks, semi-trailers and, yes, crossovers. No wonder most people prefer a higher ride height in their everyday cars: You need that height just to see over the traffic ahead of you. Itʼs an arms race of rising sight lines.

As soon as the roads opened up and began to curve, the experience improved. The peppy little 1.5-litre engine provides as much power as is needed for passing, and its road-holding grip is impressive. Because itʼs a car, not a crossover, body roll is tautly controlled, but the suspension is still very comfortable. The windier the road got, the better the Civic was. Thatʼs how a Honda is supposed to feel: quick, nimble and light on fuel.

When we arrived at our campsite, the cushy spots just off the paved road were full, and a bit of a drive up a washboard gravel road would be required. The park ranger gave the Civic a dubious look, but the drive proved about as taxing as a short walk on a flat trail. Gravel roads donʼt really count as off-roading, no matter how much plastic body cladding your crossover might have.

The Honda Civic may have slipped to second place in the sales charts, and there are good reasons people are purchasing taller vehicles these days. All-wheel-drive is nice to have. A bigger vehicle can feel safer.

But at the end of the week, I was impressed enough with the Civic to go and virtually build one on Hondaʼs website. I went with a Sport trim in Agean Blue with manual transmission, CarPlay or Android Auto for connectivity, adaptive cruise control for long drives, a smattering of driver-assist features for safety.

What more could you want? Not much, apart from a made-in-Canada sticker under the hood.

Like most manufacturers these days, Honda is guilty of giving its vehicles more grille openings than is strictly necessary. Black paint hides some of the overstyling, but the modern Civic will make you miss the simplicity of past Civics.

Comfortable and quirky-looking, the Civicʼs interior has plenty of cubbies for storage, including a complex sliding cupholder arrangement in the middle. It would be nice to have seat-back pockets for both rear-seat passengers, but there was plenty of room to tuck away Whereʼs Waldo books and Hot Wheels for little passengers. And, admittedly, also for me.

Producing 180 horsepower and 177 lb.-ft. of torque, the Civicʼs 1.5-litre turbocharged four-cylinder is a far cry from the high-revving, low-torque Honda engines of the past. Itʼs more flexible in the mid-range and never lacks in punch. Even more pleasing is the chassis. The giant-killing Civic Type R is based on the hatchback, and while the normal hatchback is obviously less energetic, it does feel genuinely nimble on a backroad.

Hondaʼs infotainment system is probably at its best in the Accord or Pilot; the Civicʼs is a step or two behind and a little dated-looking. However, at least there is a proper volume knob, and if youʼre used to using Apple CarPlay or Android Auto, connectivity is good, with no glitches observed during the week.

Total space for the hatchback with the seats up is 727.7 litres; with the seats folded down, that expands to 1308.2. The rear parcel cover is a clever screen that retracts to one side, making it easier to fold down the seats quickly for hauling larger objects.

Canadian tastes may be changing, but the Honda Civic is still as practical and fun as itʼs ever been.

The writer was a guest of the automaker. Content was not subject to approval.

Shopping for a new car? Check out the new Globe Drive Build and Price Tool to see the latest discounts, rebates and rates on new cars, trucks and SUVs. Click here to get your price.

Stay on top of all our Drive stories. We have a Drive newsletter covering car reviews, innovative new cars and the ups and downs of everyday driving. Sign up today. 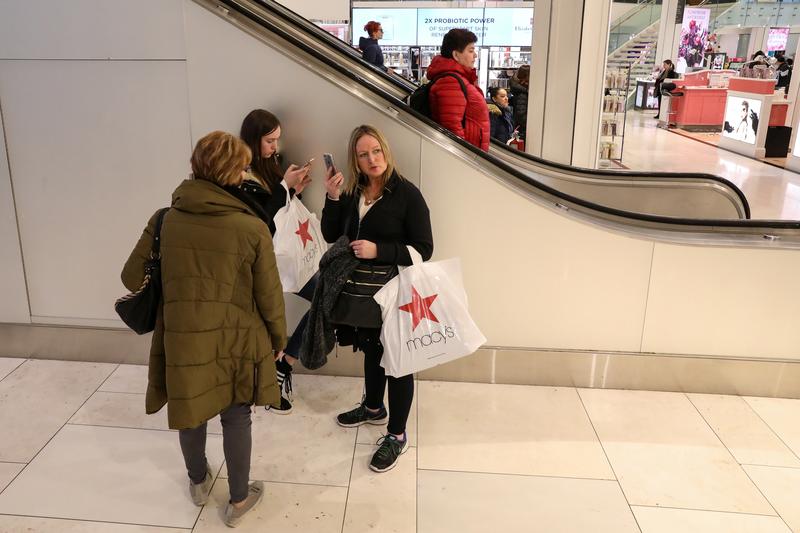