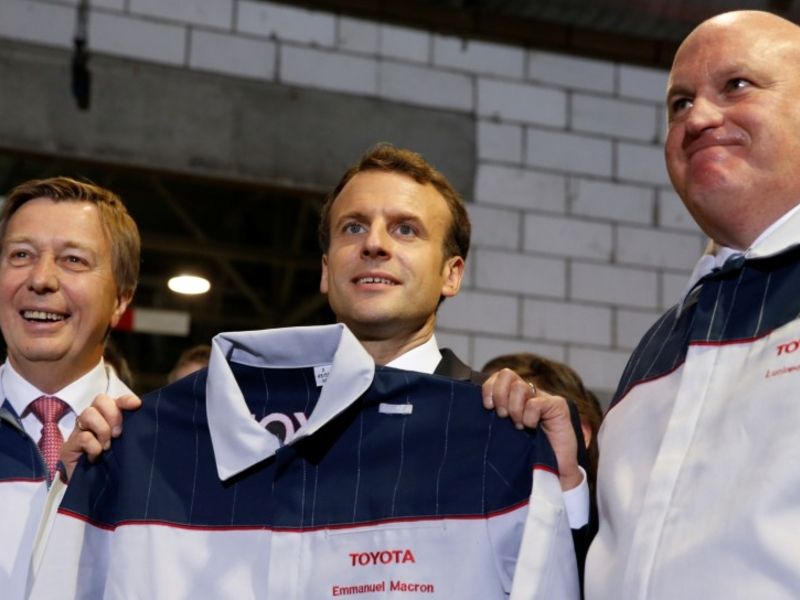 PARIS — Renault has hired Luciano Biondo, the head of Toyota Europe’s assembly operations in Valenciennes, northern France, to lead its factory network in the region, focusing on electric vehicles and light-commercial vans.

Marvin Cooke, senior vice president for manufacturing at Toyota Motor Europe, will assume Biondo’s responsibilities as part of his current job, Toyota said in a release.

At Renault, Biondo will have responsibility for three factories – at Douai, Maubeuge and Ruitz – that are critical to future growth for Renault.

“His mission will be to steer, in consultation with all stakeholders, the project to create an optimized center of excellence for electric vehicles and light-commercial vehicles in the north of France,” de los Mozos said in a statement on Tuesday.

The Douai factory will produce a compact electric SUV on the Renault-Nissan alliance’s new CMF-EV platform, starting in late 2021 or early 2022. Renault currently builds the Espace midsize minivan, Scenic compact minivan and midsized Talisman sedan at Douai, but the future of those models – in segments that are losing ground to SUVs – is unclear, Renault officials have acknowledged.

The Ruitz plant builds transmissions for Renault’s E-Tech hybrid and plug-in hybrid vehicles, which have just gone into production this year.

Maubeuge builds the Renault Kangoo small van, which is available in commercial and passenger versions, as well as variants for Mercedes (Citan) and Nissan (NV250). A new generation Kangoo will be introduced this year.

Automotive Turbocharger Market Grow at a CAGR of 10.2% by Emerging Trends, Share, Growth Rate, Opportunities And Market Forecast To 2024