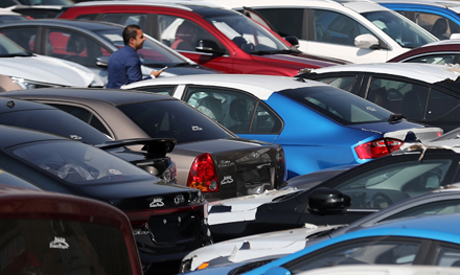 The Egyptian auto industry witnessed a 5-10 per cent rise in the price of new passenger cars in the beginning of the fourth quarter of the year after seeing a noticeable recovery in sales during the third quarter of 2020.


According to experts, the coronavirus, insufficient supply, a notable rise in demand on cars as well as the increase in the euro exchange rate against the Egyptian pound led to the price hikes.


“The increase in the cost of new cars which the local market is currently witnessing is reasonable,” Ahmed Al-Mazahi, director-general of Al-Masria Auto, one of the largest showrooms in Egypt, told Al-Ahram Weekly.


The auto market hasn’t recovered from the repercussions of the coronavirus pandemic as passenger car imports are limited as well as the purchases of parts used in local assembly lines, Al-Mazahi said.


Due to the lockdown and also the precautionary measures taken by companies to combat the virus, global car production has been affected. The majority of auto companies worldwide have closed their doors and temporarily suspended their production.


This, Al-Mazahi says, coincided with imposing a curfew in Egypt as well as temporarily suspending the issuance of new car licences during the second quarter of 2020, a decision that affected new car sales.


As part of its plans to coexist with the coronavirus, Egypt began the move towards a gradual reopening of the economy in July, and lifting a night-time curfew, reopening restaurants and places of worship, in addition to resuming the issuance of new car licences after a three-month halt.


“The coronavirus pandemic caused an accumulation of purchasing power during the second quarter of the year which in turn led to an over-demand in the third in which a significant growth in purchases was witnessed,” Al-Mazahi said.


Figures from the Automotive Information Council (AMIC) showed that sale volumes of passenger cars fell by as much as 26 per cent during Egypt’s lockdown months, but surged more than 25 per cent in August, compared to July 2020. The AMIC report stated that almost 16,000 vehicles were sold in August from 12,500 in July and 10,700 in August 2019.


Al-Mazahi said he believed that in addition to the accumulation of purchasing power, another reason for the revival in sales in the third quarter was the reduction in car prices at some local selling agents to get rid of car stocks of 2019 models which accumulated during the lockdown.


“The hike of the euro exchange rate against the Egyptian pound and dollar throughout the previous months of 2020 also played a role in the rise of the prices of European cars. This also came with the current period of the year in which car agents introduce new 2021 models that usually see higher prices compared to the previous model,” Mustafa Mahmoud, an auto merchandiser and expert in the automotive industry, told the Weekly.


As a result, overpriced cars have recently included various brands in the local market, Al-Mazahi said, predicting that once the local market organises itself and the import cycle for new orders is completed, prices will drop once again to normal but not before December or January.


Effat Abdel-Ati, head of the cars division at the Chamber of Commerce in Cairo, agrees on the analysis of the local market, and urged customers to delay purchasing decisions until prices drop.


“I’ve had my car for 28 years now, and though I had the intention to buy a new one, I preferred to wait until things get back to normal,” Abdel-Ati said.


The used car market is usually linked to supply and demand, Mahmoud said, and that until September the market had witnessed a recession.


“Since the beginning of October, the used car market has been seeing a slight recovery as there has been an increasing demand for purchasing but without an increase in prices unlike new cars. However, the number of used cars for sale doesn’t satisfy demand,” the auto merchandiser said.


“In my opinion, the low supply of used cars comes as a result of the instability in the prices of new ones. Usually those who sell a used car take such a decision in order to buy a new one. And in light of the price hike of new cars, used car buyers also delay their selling so as not to buy a new one which is overpriced or wait for a few weeks after purchasing it until they receive the car from the agent due to the waiting list,” Mahmoud said.


Concerning prices, Mahmoud said the used car market is usually affected by new cars in a cycle that lasts three to four months and hence he expects that prices will likely rise after that.


Al-Mazahi, too, said the price of used cars will rise soon because such cycles were in the norm in the past but that now prices of new cars have an instant effect on used autos.


“The insufficient supply of new cars, the current hike in their prices, in addition to the existence of a price gap between new and used cars, led a segment of new car purchasers to change their mind and decide to buy used cars, leading to a rebound in the used market,” he explained.


And the lack of solvency is the main reason that would lead to a recession in the used market as 95 per cent of its purchases rely on paying the total amount in cash unlike purchasing new cars which enjoys the facilities of bank loans and instalments, Al-Mazahi said.


*A version of this article appears in print in the 15 October, 2020 edition of Al-Ahram Weekly