The auto market in general is coming off of some pretty deep nadirs. But the great digital shift to online sales has some road ahead, and it shows where the rubber truly meets the road.

General Motors saw third-quarter sales slip 10 percent as measured against a year ago. That’s leagues better than the 34 percent slide that had been seen in the second quarter of this year (also measured year on year). The worst may be in the rearview mirror (pun intended), but the impact of the pandemic lingers. Similarly, Fiat Chrysler saw a double-digit drop in car sales for the third quarter.

And yet within subsets of the auto industry, growth has been accelerating in a way that reflects the new way people are buying vehicles. Think of it this way: The pie may be (perhaps temporarily) getting smaller; the slices allocated to online car buying are relatively larger.

And investors are taking note. U.K.-based online sales platform Cazoo has gathered $310 million in funding. Competitor Carvana has seen sales growth of 13 percent in its latest quarterly report, while sales units were up 25 percent. Carvana management said its results have been tied to “structural shifts in customer preferences leading to the strongest demand we have ever seen.”

As estimated by Cox Automotive as the pandemic took root, online car sales gained ground amid stay-at-home mandates. As PYMNTS reported in this space in tandem with Carmax’s second quarter earnings results, according to a report from Cox Automotive, most people are comfortable moving to digital channels to find their next set of wheels — researching incentives, for example — and even scheduling test drives online. But that doesn’t mean the personal touch is not part of the process.

“As the deal approaches and the car-buying journey nears its close, people lean toward face-to-face interaction, saying that it makes it easier to negotiate a price and trust a dealer,” the Cox Automotive report stated. “That in-person connection is increasingly being offered at the customer’s home. When a dealer’s website or an automotive shopping website offers options that address the perceived blind spots of shopping online (think test drives, complementary mechanic inspections and the ability to opt-out of a deal after seeing the car in-person), people are more likely to buy a car online.”

The big picture, in terms of the economy, may buoy that digital shift.

CNN reported Thursday (Oct. 1) that some consumers may be saving money as they’ve stayed away from other expenses, such as vacations or entertainment, and those dollars could be put toward car purchases. But for now, don’t expect a turbocharged auto market. When all is said and done, 2020 will see a decline.

Analysts told CNN that total vehicle sales in the U.S. may be 14 million units, down from 17 million in the previous year. Auto sales have been dented a bit by lingering unemployment and the shift to the work-from-home economy.

Warning of damage from Brexit tariffs, UK car industry says it should be prioritised Ring Car Connect will soon provide overwatch for any car 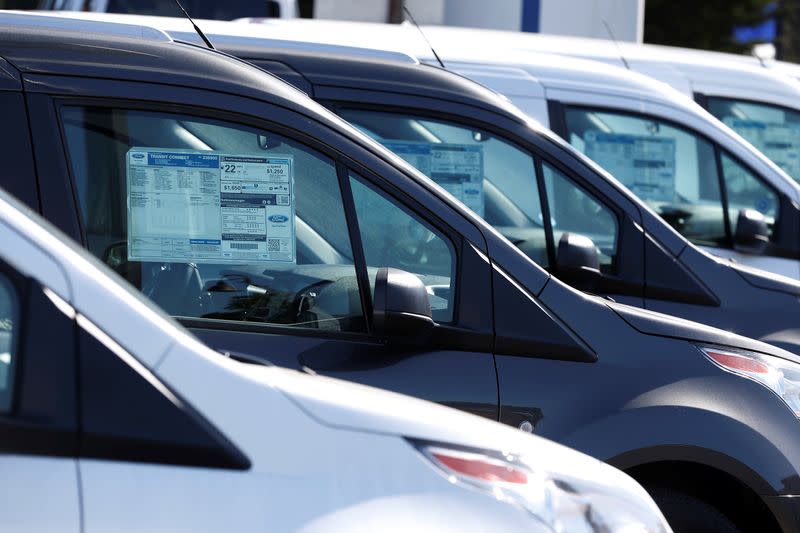