Honda has announced the first details about its lineup for the 2020 Beijing International Automotive Exhibition (a.k.a. Auto China 2020), scheduled for September 26-October 5.

The star of Honda’s stand will be a new concept car that offers clues about the brand’s first electric vehicle to be introduced in China. The as-yet-unnamed concept vehicle will have its world premiere in Beijing and Honda is provides a glimpse of the design with a teaser CGI.

The image shows the front end of the car which features sleek LED headlights united by an LED light strip under which resides the big illuminated Honda logo. The dark picture does not allow us to see what’s underneath the badge but we assume there is no grille given that we’re dealing with an EV. Other visible details include the LED fog lights, sharp creases on the bonnet, and multi-spoke alloys.

Read Also: GM And Honda Teaming Up For Two New EVs, Will Be Based On GM’s New Platform

Judging by the proportions, Honda’s EV concept could be a sedan or possibly a crossover coupe, but we’ll know that for sure on September 26 when the official debut takes place.

Electric concept vehicle aside, Honda’s booth at Auto China 2020 will include the CR-V PHEV, the brand’s first vehicle equipped with a plug-in hybrid system to be introduced in China. Various types of electrified models will be on display too, along with all-new mass-production models.

Acura‘s booth will include various mass-production models while Honda’s motorcycle booth will mainly feature Honda’s FUN motorcycle models. The Beijing Auto Show was originally scheduled for April 21-30 but had to be pushed back due to the novel coronavirus outbreak. 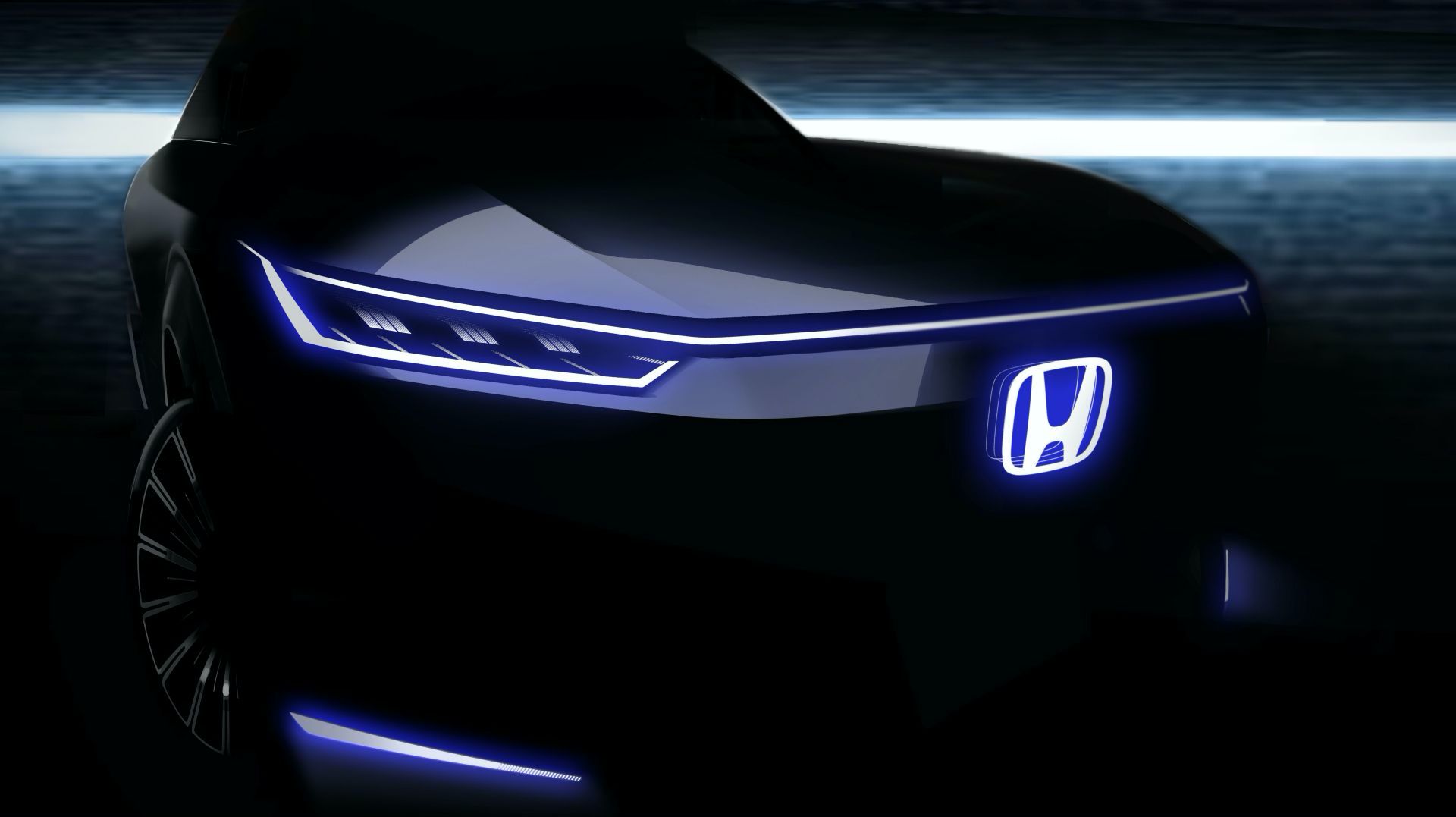