WARREN, Michigan — A group of supporters of President Trump clashed with a handful of Joe Biden supporters while attempting to contradict the Democratic presidential nominee’s speech about his plan to encourage buying American in a scene that was the personification of nasty political battles that take place online.

The event outside the United Auto Workers headquarters in Warren had limited attendance permitted due to precautions taken to avoid spreading the coronavirus. Still, a Biden supporter holding a sign that had “Black Lives Matter” printed on one side and a Biden-Harris logo on the other refused to give the Washington Examiner his name but held up his sign and exchanged some heated words with the group of Biden supporters.

Roncelli said that the event was organized by Brian Pannebecker of Auto Workers for Trump but that Pannebecker was not able to attend. Several paid Republican field organizers were in attendance, attempting to corral the most animated of the Trump supporters in attendance.

Jerry Wayne, the Detroit automobile worker who Biden cursed at in March after Wayne challenged Biden on his gun control positions, was also in attendance. He accused Biden of empowering China by embracing lockdowns and argued that the unions that have endorsed Biden are not adequately representing the views of its members.

A few truck drivers that passed by honked in support of the group with Trump flags and signs.

Later, Biden supporter Susan Stephenson whipped out her phone to film a Trump supporter who was yelling at her about politics, with the two standing about 10 feet apart.

“That guy just, like, all of a sudden, began telling us that Democrats are crooks, Democrats are socialists,” said Stephenson, a retired teacher who lives in Slippery Rock, Pennsylvania, and was in the Detroit area for a funeral. “This rally here, it is that conservative part that’s, like, egging on ugliness. And President Trump urges ugliness,” she said, adding that she is “terrified” about the state of the country.


During his speech, Biden announced a “Made in America” tax credit of 10% for companies that invest in U.S. business.

“Even before President Trump’s failed response to COVID-19 crashed our economy, his reckless and chaotic trade policy had thrown American manufacturing into recession — it was already contracting in 2019,” Biden said Wednesday.

Roncelli said that he doesn’t understand why unions are backing Biden. “We repealed NAFTA, we put in a really great, new trade deal that benefits every American in this country, and so, I don’t know know what the UAW is pushing,” he told the Washington Examiner.

“Everybody thinks that Republicans hate BLM, and that’s simply not the case,” Roncelli said. “We’re trying to put minorities in office, so we can kind of escape that mantra that we’re not minority-friendly, we’re not social issue friendly. That’s not the case, we are.”

Retiree Freddie Wilson, 58, said Biden is pushing a “false narrative,” citing two main Trump administration accomplishments: “No. 1, getting tough with China and starting to have fair international trade. And No. 2, tightening up our borders so we just don’t have all these cheap illegal aliens labor coming in,” he said.

Meghan Sotelo, who attended the rally with her three children and a Biden-Harris campaign logo flag, granted the Trump supporters some grace. 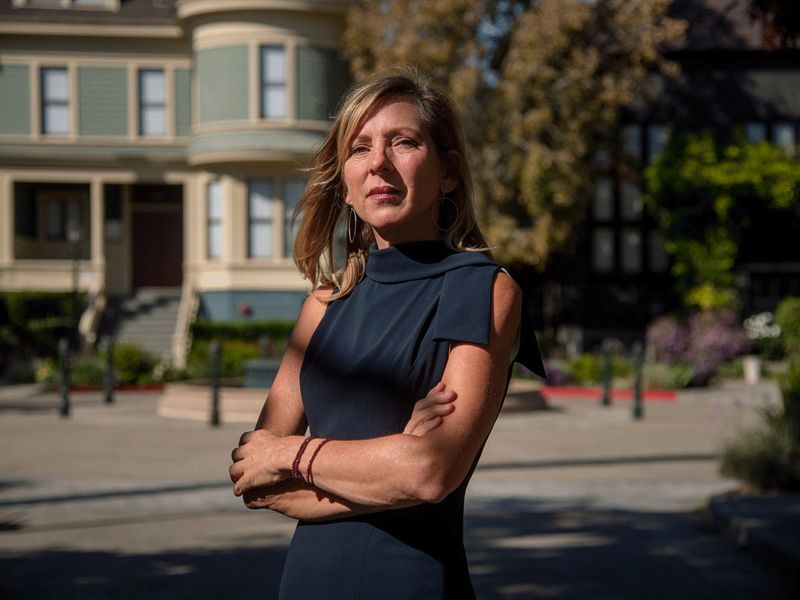