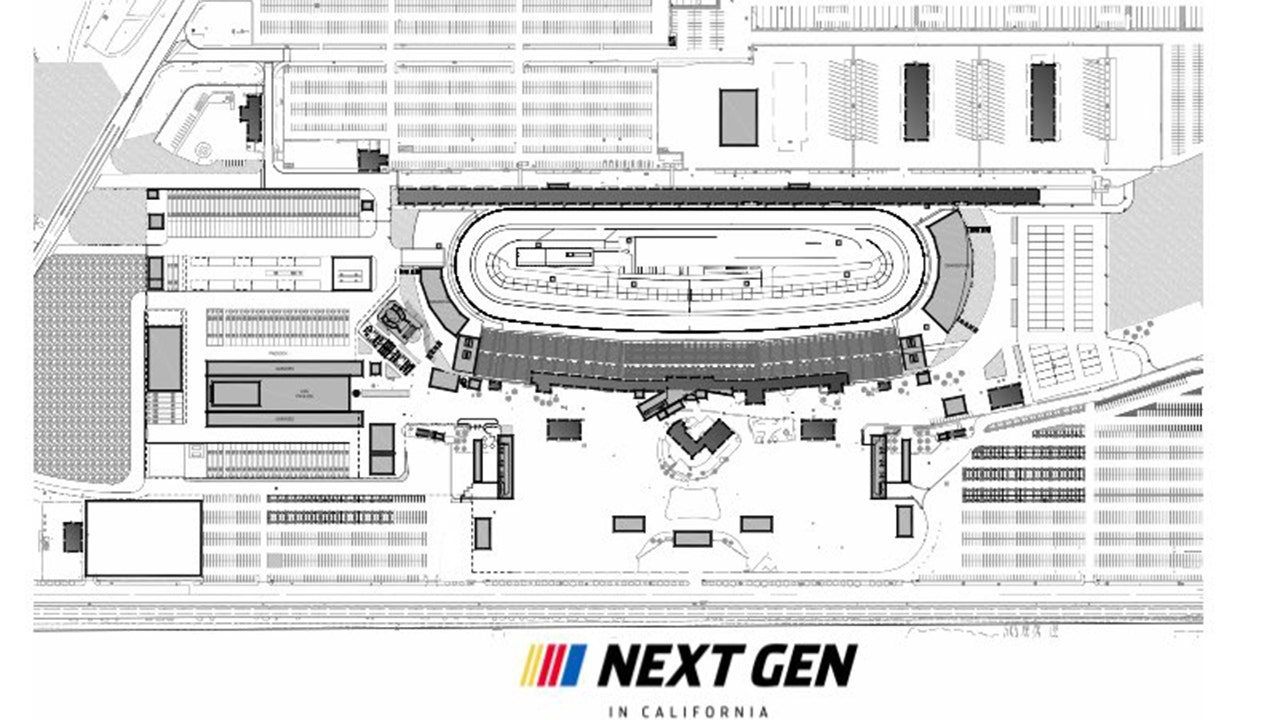 NASCAR may soon be experiencing a little shrinkage.

Or, at least one of its tracks will if a proposal to replace the 2-mile oval at California’s Auto Club Speedway with a half-mile short track comes to fruition.

The Athletic first reported that the racing series, which owns the track, has submitted its so-called “Next Gen in California” plan to San Bernadino County for approval.

The new track would combine long straightaways with banked curves, essentially creating a hybrid Martinsville Speedway and Bristol Motor Speedway. Much of the valuable property currently occupied by the longer D-shaped oval and infield road course would eventually be sold.

NASCAR has been exploring ways to spice up the series in the coming years, and many fans and drivers have been asking for more short track racing.

NASCAR NEXTGEN CAR WANTS TO “RIP THE WHEEL OUT OF YOUR HANDS,” DRIVER SAYS

“This is our first step towards creating a state-of-the-art facility that would deliver the intense short-track racing our fans love, an intimate viewing experience, and upgraded suites and hospitality areas that would position Auto Club Speedway among the top entertainment venues in the market,” NASCAR vice president and chief innovation officer Craig Neeb said.

According to the proposal, construction on the new oval could begin following the spring 2021 race at the track and be completed in time for the 2023 season.

Who Has Been Buying Turners Automotive Group Limited (NZSE:TRA) Shares?