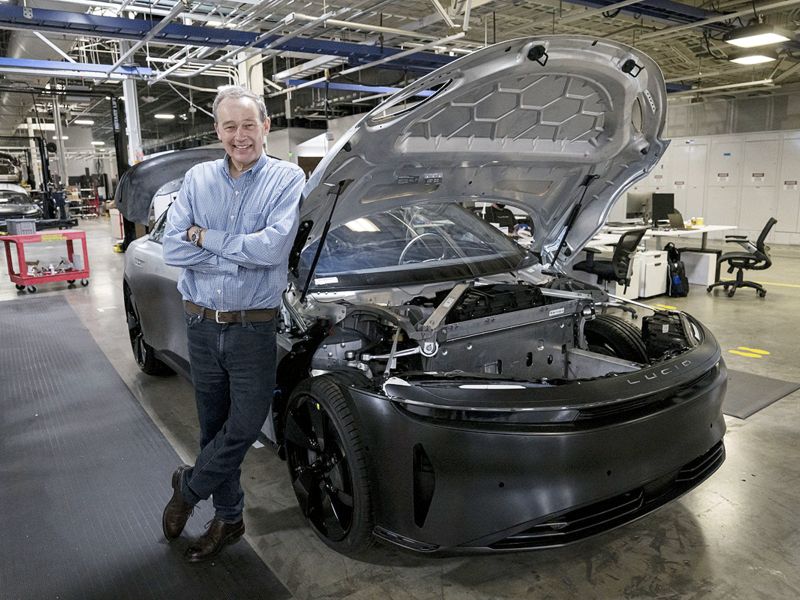 “Peter … I’m working for this guy called Elon Musk, and we are in deep s—.”

That’s how the phone call from Tesla model manager Dave Morris to engineer Peter Rawlinson began in 2009, when Morris needed help working on the prototype for a new electric car. Eventually, he lured Rawlinson to work at Tesla Inc., where he developed what became the most successful electric sedan to date, the Model S.

“On the Friday of my first week at Tesla [in 2009], I had a meeting with Elon,” Rawlinson, now CEO and chief technology officer at Lucid Motors Inc., tells me. We’re sitting in the company’s new Beverly Hills, Calif., showroom on Aug. 20, separated by six feet and masks. The 15,000-square-foot space, a former McLaren dealership, features arched bow trusses stained in cherry above polished cement floors. We sit on a low, leather couch where prospective customers will sit, as a dozen Lucid staffers in black polo shirts hover nearby.

Rawlinson says that, after his first few days at the company, the fiery Tesla chief asked him what he thought of the Model S.

Rawlinson completely reconfigured that first Tesla prototype, and then some. The production model debuted in 2012. Eleven years after he joined Tesla, Rawlinson boasts that his name is still on more than 70 patents associated with the car.

Now his having developed the Model S is being leveraged to boost something that — if Rawlinson has his way — could compete against the car he helped create.

The Lucid Air is an electric sedan that could boast significantly more range and power than the Model S.

Introduced Wednesday and slated to become available next spring, the $150,000-ish Air is aimed squarely at acquiring customers from Rawlinson’s former employer. (A “Dream Edition” Air will cost $161,500 after federal tax credits; the “Grand Touring” Air will cost “in the low $130,000s after federal tax credits,” a spokesman says; and Lucid will also produce a sub-$100,000 “Touring” model in late 2021.)

Lucid “got [financing] very much based upon my track record with the Model S,” Rawlinson says. “It was felt that, yeah, if I could have done that, then we could do it again and take it to another level.”

These days, it seems if you want to generate excitement about your new luxury electric car, you need to have an eccentric, charismatic figurehead to draw attention.

Tesla has Musk, the South African billionaire with six sons, a pixie punk girlfriend, a new brain chip, and visions of dying on Mars. Polestar has Thomas Ingenlath, unmistakable in black trenchcoats at auto shows and quirky in his slim reticence. Fisker has Henrik Fisker, the charming mastermind behind the Aston Martin DB9, V8 Vantage, several yachts and rockets.

Now comes Lucid’s Rawlinson, the son of a potter who considered art school before studying engineering at Imperial College in London and now satisfies his artistic side with a collection of Gibson guitars. A former principal engineer at Jaguar Cars and chief engineer at Lotus Cars, Rawlinson wears California-casual slacks and slightly disheveled shirts, sans tie — even at car launches.

He demurs if, as a matter of course in reporting, you ask his age. But when you ask how many square feet Lucid’s Arizona factory spans, he’ll happily chirp “two million? or was it three million? I’m having a senior moment — sorry!” and say he’s forgotten. (A spokesman said the current Phase One build will create more than 800,000 square feet of space, with “significant” expansion planned for subsequent phases as Lucid adds a line of SUVs and other future models.)

Car racing is a favorite topic for Rawlinson: Under its former brand-name Atieva, Lucid designed, developed, manufactures, and supplies high-density battery packs for all the Formula E racing teams. Founded as Atieva in 2007, the company changed its name to Lucid in 2016. It is largely funded by a $1 billion investment from Public Investment Fund of Saudi Arabia.

When asked whether Musk is still a friend — the two would often travel alone by Musk’s private jet — Rawlinson clams up. He says he’s saving the dish for “my book.”

“Let’s just say Elon is paying very close attention to what we are doing here,” he says with a big laugh.

Opening to the public later this month—by appointment only—Lucid’s Beverly Hills location is designed like a mini mall, with sleek couches oriented around coffee tables for gatherings and women in black cocktail dresses carrying trays laden with bottled water and cups of espresso.

In another corner of the showroom, a virtual realty simulator is equipped with four car seats and a front screen that changes backgrounds from San Francisco’s Golden Gate Bridge to the Sonoran Desert to the Pacific Ocean, so potential customers can better visualize preferred colors for the interior seats and trim. It feels like a mall game, circa 1997.

Two service vans are parked in the back, boasting mobile tire changes (de rigueur at finer dealerships anywhere) and a mobile coffee machine. The man who leads the service team says three vans will be enough to service all area customers — a claim that will leave sun- and asphalt-baked Angelino commuters skeptical as they envision the inevitably long waits and inconvenient logistics of California car culture when service needs arise.

All told, Lucid will open nine such showrooms nationwide, mostly in New York, California, and Florida. Customers will be able to purchase an Air at a showroom, says Designer Derek Jenkins, or order one online. Rawlinson says total production for the first calendar year will be from 7,000 to 8,000 units. Once full production levels are reached, the number will be closer to 34,000 under the current factory-floor configuration, with three work shifts daily.

As much as they hope to strike out on their own, Tesla looms large whenever you talk to the leadership at Lucid. The presumption is that the Lucid owner will be someone who appreciates nice things and is interested in alternative fuels but can’t stomach the fabrication inconsistencies (poorly matched body panels, shoddy build quality) and interface quirks (touchscreen failures) at Tesla.

But Rawlinson would rather align his car with another, more analog model. He says the Air is for “someone who has an S-Class Mercedes who says: ‘Ten years ago, I wouldn’t have been that interested in electric. Tesla has piqued my interest, I love what Tesla is doing with electric, but I’m not getting out of my Mercedes for a Model S.’”

Electric cars do well when compared with a combustion counterpart if they look and feel similar enough, because the power and efficiency are invariably better. At Polestar, the comparison comes with partner company Volvo; it’s no mistake that the upcoming Polestar 2 evokes the Volvo S60. At Porsche, the electric Taycan bears the same “Turbo” name and branding as the highest-priced, highest-powered 911s. Although it lacks an actual turbo under its hood, the Taycan achieves more than 700 horsepower and reaches a 162 mph top speed — more power than a top-of-the-line Porsche 911, if not quite as fast at top speed.

At Lucid, the comparison and competitor is the S Class, Mercedes-Benz’s flagship sedan that still lacks an electric variant. (“We are working toward that eventually,” Mercedes USA President Philipp Skogstad tells me, noting that S Class customers aren’t “asking for” electric technology in the large town car.)

The Air’s exterior design certainly lacks the S Class’s stately elegance. And how it feels to drive one, compared to the S Class, remains untested. Bloomberg’s tech and transportation reporter, Edward Ludlow, rode in the back of an Air in August, but test drives won’t happen until the first or second quarter 2021.

Here is what we do know about the car’s specifications: The four-door Air makes up to 1,080 horsepower and has a driving range of 517 miles under perfect conditions. Those figures appear to top those of Tesla’s Model S, depending on which variant is picked for the comparison.

The average range for electric cars released in 2019 was 183 miles, according to BloombergNEF, and will reach 235 miles for 2020 models.

The Air will reach 60 mph in less than 2.5 seconds — nearly the same time as the $3 million Bugatti Chiron. Lucid spokespeople claim the car’s 9.9-second quarter-mile time is good enough to qualify it as the world’s quickest four-door electric vehicle.

The extreme horsepower comes from dual electric drive units, one on the front, one on the rear, which each make up to 650 horsepower.  The single max power emitted by each unit doesn’t exactly add up to the total horsepower rating; that’s due to “the difference between capability of the motor and the battery pack’s usable power,” explains a spokesman.

Inside, the Air has a slim dashboard devoid of buttons and knobs, a center console that seems to hang suspended from its station point between the front seats, and a glass panoramic roof that swoops from the top of the car’s hood to the stunted rear. Jenkins points out to me that the 280-liter space in the front portion, where the engine would normally sit (they call it the “frunk”) is the largest ever offered in an electric car. All told, the car has 739 liters of luggage space, beating most conventional sedans, too.

Lucid has partnered with the Electrify America charging network in the U.S. The Air will be able to add 300 miles in 20 minutes, using a station’s 350 kW charging capacity.

When they actually make the vehicle, that is.

Rawlinson knows better than anyone that he’ll have to produce something more than showrooms if his engineering project is to have staying power.

“Words are cheap,” Rawlinson tells me that day in Beverly Hills, standing sandwiched between a rack of battery cells and an Air chassis known as the skateboard, exposed to show off its construction. “All of this sounds like bulls—. We are nothing until we’ve got anything into production.” 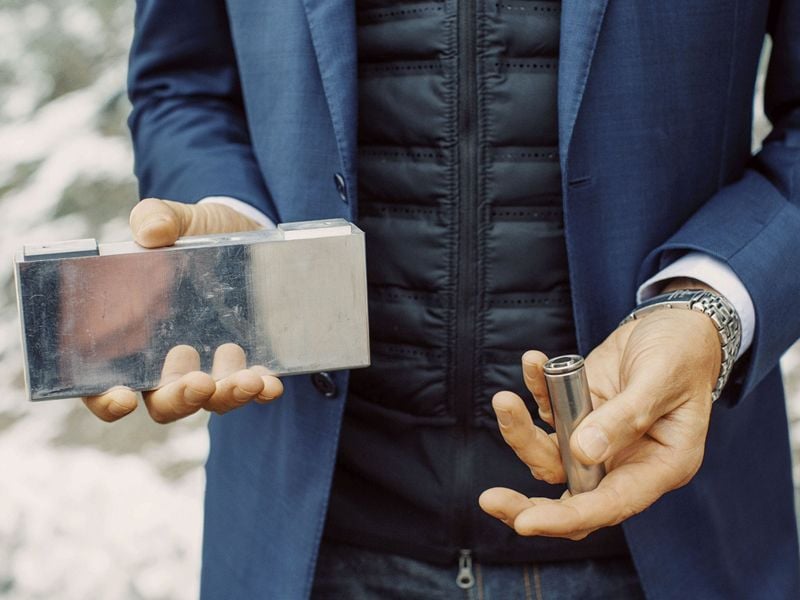 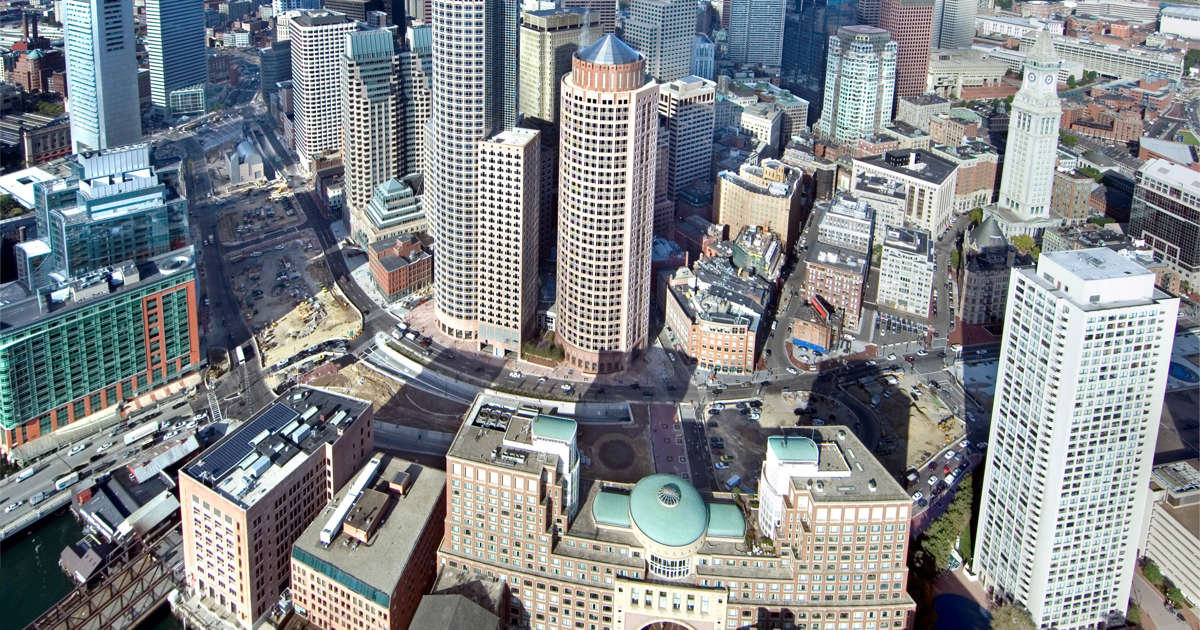