I’ve had an odd “relationship” with ON Semiconductor (ON) over the years, with management’s inability to hit margin targets (and inability to drive margin leverage) and questionable M&A decisions factoring prominently into the negative side. On the other hand, I’ve always liked the potential of what ON could be under the right circumstances, and the shares have done pretty well since my last two positive write-ups (in a strong market for chip stocks, I’ll note).

With the CEO on his way out, I think ON Semiconductor’s capacity for change is higher now than ever before, and apparently I’m not the only one who sees upside in a differently-run ON, as Starboard has also gotten involved as an investor. On top of all that, guidance updates from companies including Sensata (ST), STMicro (STM), and NXP (NXPI) have all confirmed an improving environment for the key auto end-market.

At today’s price, there’s still some upside in ON, but the story is transitioning from undervalued on the basis of what it is to maybe undervalued on the basis of what it can become. Successful turnarounds can unlock a lot of value (often a lot more than seems apparent in the early stages), but I’d be careful about putting the cart too far ahead of the horse, as ON still has a host of significant issues to navigate.

A Change At The Top

A month ago, ON Semiconductor announced that Keith Jackson, who has served as the CEO since 2002, will be retiring in May of 2021. The shares traded 670bp higher relative to the SOX index on that day, reflecting how far the Street’s opinion of Jackson’s leadership has fallen over the years.

There have certainly been problems under his tenure. The Sanyo acquisition in 2011 was a near-complete failure and the $1B-plus acquisition of Quantenna looks questionable at best so far (at least in terms of strategic rationale). Despite repeated efforts to exit lower-margin businesses, ON has consistently seen worse gross margin erosion in its peers through down-cycles, and less improvement in the up-cycles. ON has also struggled to manage its fab capacity efficiently.

It would be unfair to just bash Jackson, though. First, over the course of his tenure, ON shares have risen more than 1,000%, more than doubling the performance of the SOX in that time. Second, not all of the deals have been poor. Aptina was a good deal and Fairchild looks like a very good deal, particularly if ON can ultimately leverage the company’s technology in silicon carbide (or SiC) to become a bigger player in higher-margin advanced power semiconductors.

Still, a new CEO is a significant opportunity, and I hope the board chooses wisely. ON needs to intensify its focus on truly value-added products, reexamine its capacity needs, and focus on the best growth/margin opportunities instead of trying to run the gamut in many of its addressed markets.

Starboard Will Push For Change

At the recent 13D Monitor Active-Passive Investor Summit, Starboard made a presentation highlighting the significant investment potential it sees in ON shares. Having Starboard onboard as an investor is never a comfortable experience for companies, and based upon the track record, I expect Starboard to advocate strongly for its views of what ON needs to do to improve shareholder returns.

I haven’t always agreed with Starboard’s views (and I don’t agree completely on ON either), but it’s hard to argue with the results. As Susquehanna analyst Christopher Rolland highlighted in a recent note, Starboard’s involvement with Mellanox (NASDAQ:MLNX), Marvell (NASDAQ:MRVL), and IDTI all produced strong results for shareholders, with the first and third ultimately being acquired.

My main difference of opinion with Starboard is on the value of a fab-lite model. At the risk of oversimplifying Starboard’s position, it wants ON to sell its fabs and transition to an outsourced model for chip production (using fabs like TSMC (TSM) and so on). Superficially, I can’t argue with this position – if you have a sizable fab footprint and you run it poorly, your gross margins will suffer, and that has certainly happened here. Still, in a business like power discretes, I question whether an outsourced model would be the right one (versus a business plan/management team that properly runs an in-house manufacturing effort). Likewise, I think having internal SiC manufacturing capacity is going to be important as the market transitions to these higher-value components for applications like EVs and industrial automation.

As far as ON being an attractive acquisition target, I’m not quite sure I agree with Starboard. I’m not sure which American companies would see value in this business. I don’t think it would fit what a company like Texas Instruments (TXN) wants, and while I can see a lot of interest in China, I think a Chinese buyer would be a non-starter. Renesas (OTCPK:RNECY) would be a possibility and would likely be more acceptable to U.S. officials, but I think Renesas management would have a hard time selling that deal to its shareholders.

I still see meaningful opportunities in areas like auto power and ADAS, industrial power and IoT, and I believe ON can be a player in SiC. I also see significant margin improvement potential with the right business plan, but the board has to be willing to hire a CEO who will make some big changes.

I do also still see a lot of risks. China is increasingly looking to insource its semiconductor needs, and I see power discretes for auto and industrial applications as a prime area of focus for companies like CR Micro and StarPower. With ON more skewed to commodity-type power products than STMicro or Infineon (OTCQX:IFNNY), I see more risk here than for those companies, which makes execution on opportunities in SiC power and other leading-edge growth opportunities even more important.

With the announcement of the CEO transition and Starboard’s involvement, ON’s shares have moved up to more or less fairly valued by my old numbers. While I haven’t changed my model yet, I’m still positive on the shares as I now see upside to my old numbers. I believe the involvement of Starboard is going to push ON to become a more efficient, more return-focused company, and I think there’s still upside on that basis, but I freely acknowledge that that upside is becoming more conjectural as the share price moves up.

What's The Best Way To Downsize Payments On Multiple Cars? 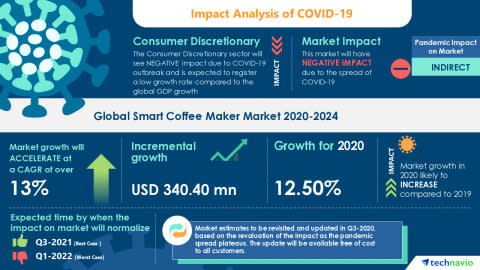