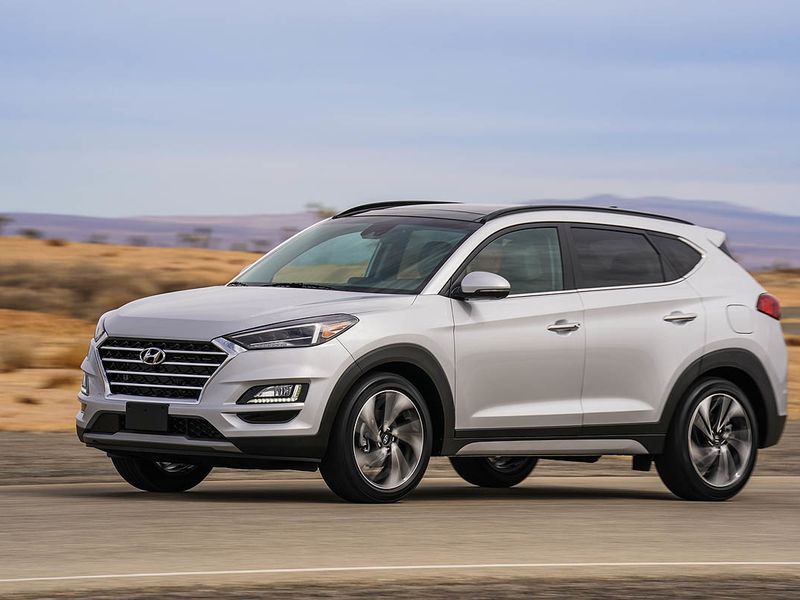 Hyundai and Kia are recalling more than 180,000 vehicles in the U.S. because of problems with the antilock brake system, which may result in an electrical short and vehicle fire.

The recall notice comes after the two automakers recalled more than 600,000 vehicles last week for a similar issue, where brake fluid may leak into the hydraulic electronic control unit, which could cause an electrical short over time and a vehicle fire. Those recalled vehicles were 2013-15 Kia Optima sedans, 2014-15 Kia Sorento crossovers and 2013-15 Hyundai Santa Fe Sport crossovers.

“The two recalls are for the ABS module but are for different issues,” Hyundai spokesman Michael Stewart told Automotive News.

The Tucson recall “is to address a potentially defective circuit board in the ABS brake hydraulic electronic control unit. This can result in internal corrosion and cause an electrical short over time,” he said. “The Santa Fe Sport recall identified an issue of internal brake fluid leaking within the ABS module.”

Stewart cautioned that owners of the Tucson and Santa Fe vehicles should park them outside until the recall repair is completed.

“If the ABS warning light is illuminated, the vehicle should not be driven, a local Hyundai dealer should be contacted, and customers should disconnect the vehicle’s 12-volt battery and leave it disconnected while the vehicle is parked waiting for service,” he said, adding that, if needed, owners will be provided a rental vehicle.

To date, Hyundai said it was aware of 12 engine compartment fires related to the defect in Tucson vehicles: nine in 2019 models, two in 2020 models and one in a 2021 model. The automaker was investigating whether this potentially affects equivalent models sold in other countries, Stewart said, and was not aware of any related injuries.

Hyundai said it was still evaluating the issue but that a “quality control deficiency exists in some vehicles.”

The automaker said it will conduct a detailed examination of the recalled hydraulic electronic control units and will work with the parts supplier, Mando America Corp., to obtain quality control and engineering differences in the units for the three model years.

Dealers will replace the unit, and Hyundai will begin notifying owners Oct. 30.

For the 2019 Stingers, an engine compartment fire may occur where the antilock brake system hydraulic electronic control unit is located. Kia said in a statement Thursday it was not aware of any fires occurring while the vehicle was turned off and parked. However, the automaker recommended that owners park their vehicles outdoors and away from other vehicles or structures until the recall repair has been completed.

Kia has received six fire-related complaints from customers who were driving. The automaker said it was not aware of any crashes or injuries related to the issue.

Kia said 2020 Stingers have not experienced the problem.

Kia is still investigating possible causes and has not yet identified a remedy. The automaker will begin notifying dealers Oct. 20 and vehicle owners Oct. 26.