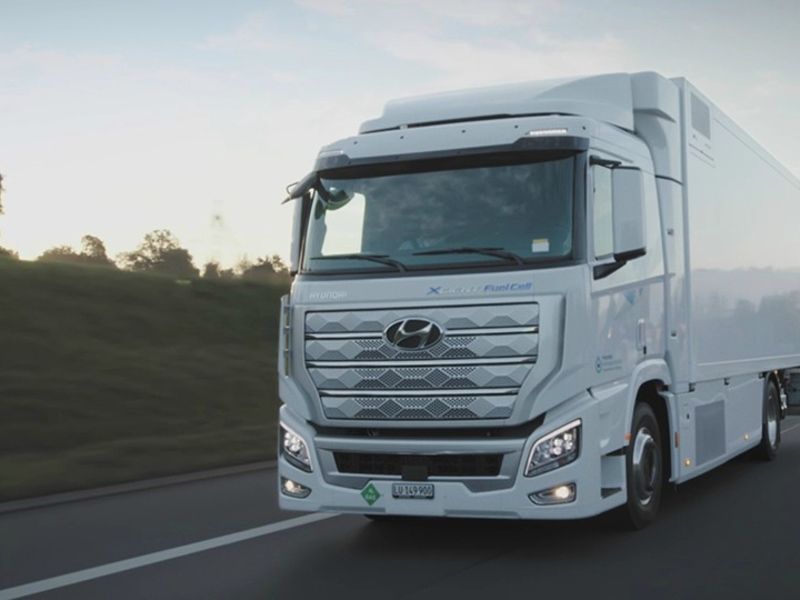 LUCERNE, Switzerland — Hyundai on Wednesday presented the first seven hydrogen-powered trucks to customers in Switzerland, the automaker said in a statement.

The company plans the delivery of 50 such vehicles in total this year in Europe as it also targets customers in Austria, Germany, the Netherlands and Norway.

“With successful delivery of the first H2 Xcient fuel cell trucks, we proudly announce our plan to expand beyond Europe to North America and China, where we are already making great progress,” he said.

For long haul, proponents say hydrogen-powered trucks have an advantage over electric rivals as they have a greater range and require less charging time, but their uptake and mass production has been slow because they are expensive.

However, a McKinsey study in January said that once relative efficiencies of the power sources and lifetime costs of a truck are factored in, green hydrogen could reach cost parity with diesel by 2030.

Hyundai has been partnering with Swiss companies to build a value chain covering the production of green hydrogen from hydropower, hydrogen charging stations and the service and maintenance of the trucks.

The customers, which include supermarket chain Migros, will be leasing the trucks from Hyundai Hydrogen Mobility (HHM) to transport goods around the country, backed by the new hydrogen infrastructure.

Leases are on a pay-per-use basis that does not require an initial investment. Hyundai plans to put 1,600 trucks on Swiss roads by 2025.

The automaker’s H2 Xcient trucks have a 190-kilowatt fuel cell stack and seven high-pressure tanks holding 32 kgs of hydrogen, giving them a further range than comparable vehicles powered by electric batteries on the market now.

Hyundai plans for production capacity of 2,000 units of Xcient fuel cells per year by 2021 to support its expansion plans as demand for clean transport grows.

Rival automaker Toyota said on Monday that it has plans to develop a heavy-duty, fuel cell truck with its subsidiary, Hino Motor, for the North American market.