When it comes to luxury vehicles, there are a few obvious names that spring to mind, and one of them is undoubtedly Automobili Lamborghini. Providing high-end vehicles to the elite for over 55 years, one of these prestigious sets of wheels will set you back a good few hundred-thousand pounds, with heritage models costing upwards of £500k. It’s not a price to be sniffed at, and as result, these cars are largely reserved for the super-rich – and of course, those who are passionate about their drives and are eager to add a new model to their ever-growing collection.

As with any luxury item, Lamborghinis have been subject to many a scam over the years, and as a result, cars go through anywhere between 800 and 1,000 certification checks at their Italian headquarters when a vehicle is resold. Designed to protect both the buyer and the seller, these rigorous assessments aim to verify the parts, service and full history of each unique Lamborghini car.

It’s a meticulous process, requiring a wide-reaching network of resources to complete – so it stands to reason that the company has now found a more efficient way to conduct the checks, with the introduction of Blockchain verification. Leveraging Salesforce Blockchain to facilitate a trusted network between all necessary partners, each vehicle can now be authenticated more quickly and safely than previously. A project known as ‘Lamborghini Sicura’, it has already proven to be an effective means of protecting these immensely valuable vehicles, which begs the question, could it soon become standard procedure for verifying all luxury cars?

Lamborghini has long been an innovator in its field, so it’s unsurprising to see it leading the way on this previously untrodden path – offering its customers unrivalled service and peace of mind throughout the buying process. Cars are collected, secured and certified, before being shipped to the eventual end user, making it a smooth and pain-free process from start to finish.

When spending such a large sum of money on a new set of wheels, it goes without saying that any buyer would want authenticity guaranteed, and that is precisely what Blockchain allows for. It’s not just about the car itself, but also the parts, and can record which are original and which are authentic replacement parts as well as any which are not.

Ultimately, blockchain is able to effortlessly preserve its history, which, when it comes to heritage vehicles, is understandably especially important.

Salesforce blockchain – as utilised at Lamborghini, is built on open-source blockchain technology and allows customers to manage workflows, contracts and apps without code. Since it’s distributed, this means there is no one owner of the data stored within – all partners can access a shared copy and view any changes that are made.

But what exactly IS blockchain?

Often referred to as Distributed Ledger Technology (DLT), it’s a decentralised, distributed ledger that records the provenance of a digital asset. Thus, it makes the history of said asset unalterable and transparent through cryptographic hashing.

It’s also the technology that enables the existence of cryptocurrency – perhaps the best known of which being Bitcoin, for which blockchain technology was invented.

Bitcoin has become an increasingly popular investment choice in recent years, with sites such as www.bitcointrader2.com allowing traders to leverage blockchain technology to make millions. It seems this innovative creation has potential far beyond what was originally thought – so where to next?

That, so far, remains to be seen, but it has already been making its way into the world of luxury far beyond just cars. More big-name brands than ever are now accepting digital cryptocurrencies for goods and services. The art world has been another early adopter, using blockchain technology to beat forgeries and offer peace of mind to collectors. And, with high-end watchmakers including Breitling and Ulysse Nardin also jumping on board to use the Bitcoin blockchain to certify the authenticity of its warranty cards, it’s likely that this is just the beginning.

Our world is more digitalised than ever, and the trend shows no signs of slowing down. The blockchain industry has the power to transform the way we live in the long-term – the only question is, when?

How Q3 Deliveries From Electric Automakers Stack Up 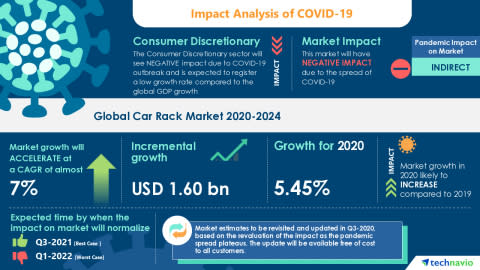