HAAH Automotive Holdings, a California-based import car distributor is expected to submit its final investment proposal in the next 7-10 days for SsangYong Motor Co., saving the cash strapped South Korean carmaker from going into bankruptcy.

If the deal is made, HAAH Automotive Holdings would emerge as one of the majority stakeholders of SsangYong Motor, reducing Mahindra & Mahindra’s ownership in SsangYong Motor to below 50 per cent from the current 74.65 per cent.

Mahindra’s board moved a special resolution at its AGM to reduce its shareholding in SsangYong to less than 50%, an indication of a new investor coming in rather than a complete sell out. The board last April rejected a Rs 3,300 crore turnaround plan for SsangYong, pushing the Korean car maker into deep financial insecurities.

Informed sources say the aim is to close the deal this month so that vehicle exports to North America can start from October, allowing SsangYong Motor to make an inroad into the U.S. market.

SsangYong did not respond to ETs queries on the potential bid offer.

Chris Hosford , spokesperson of HAAH Automotive said it will not respond to market speculation and rumours.

HAAH Automotive Holdings ,will be purchasing various vehicle assemblies from Chery which, along with parts sourced in North America will be assembled in an American factory where the final vehicles will be produced. These products will be sold under the brand name VANTAS in North America, the Haah spokesperson said

Haah clarified that Chery has no investment in HAAH, and that Haah has a technical cooperation with Chery.

Sources close to the development told ET that HAAH may not have enough money to become a major shareholder of SsangYong with only 23 billion won in annual sales, with SsangYong needing 500 billion won to normalize its operations. .

Foreign banks servicing SsangYong’s loans have informed that if Mahindra cedes a controlling stake, it would jeopardise refinancing of its loans with the buyer having to clear all outstanding dues before taking control. As of end March, SsangYong has USD 322.4 million short-term loans, to be repaid before a year with 167 billion won from JP Morgan, BNP Paribas and Bank of America.

Mahindra had prepared a proposal earlier this year to infuse 230 billion won in SsangYong, but it’s board rejected the proposal last April, instead infusing just 40 billion won, enough to run operations for three months. In the face of rising debt, SsangYong sold one of its service centres located in the Guro district in Seoul to an asset management company, raising $147 million.

Recently, SsangYong’s external auditor refused to sign its financial statement, citing discrepancies and its “doubtful existence” even as the automaker posted a 98.6 billion won ($82.3 million) operating loss in the first quarter of 2020, and is likely to sink deeper into the red in the second quarter. 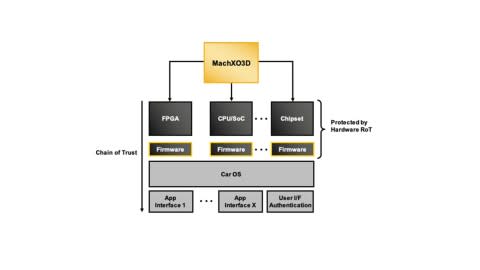