A future iMac may automatically change the height and orientation of the display, as well as other settings depending on the logged-in user, in order to make the computing setup more ergonomic.

One of the factors affecting modern day computing is ergonomics, with users concerned about how they are sat and use a computing environment, to minimize any potential health issues from long-term use. While this has led to more ergonomic seating and standing desks, as well as a rising use of custom monitor arms and other peripherals, one of the unexplored areas is the computer and display.

Most of the time, the monitor is static and unchanging, maintaining position and orientation, as well as brightness and other attributes, regardless of the person sat in front of it. While a display can be configured to suit a person’s preferences, they may not be ideal for a second user, and could prompt them to take time to make adjustments.

In the patent granted by the US Patent and Trademark Office on Tuesday titled “Ergonomic adjustments,” Apple attempts to solve the problem by making the display change, depending on the current user of the Mac. 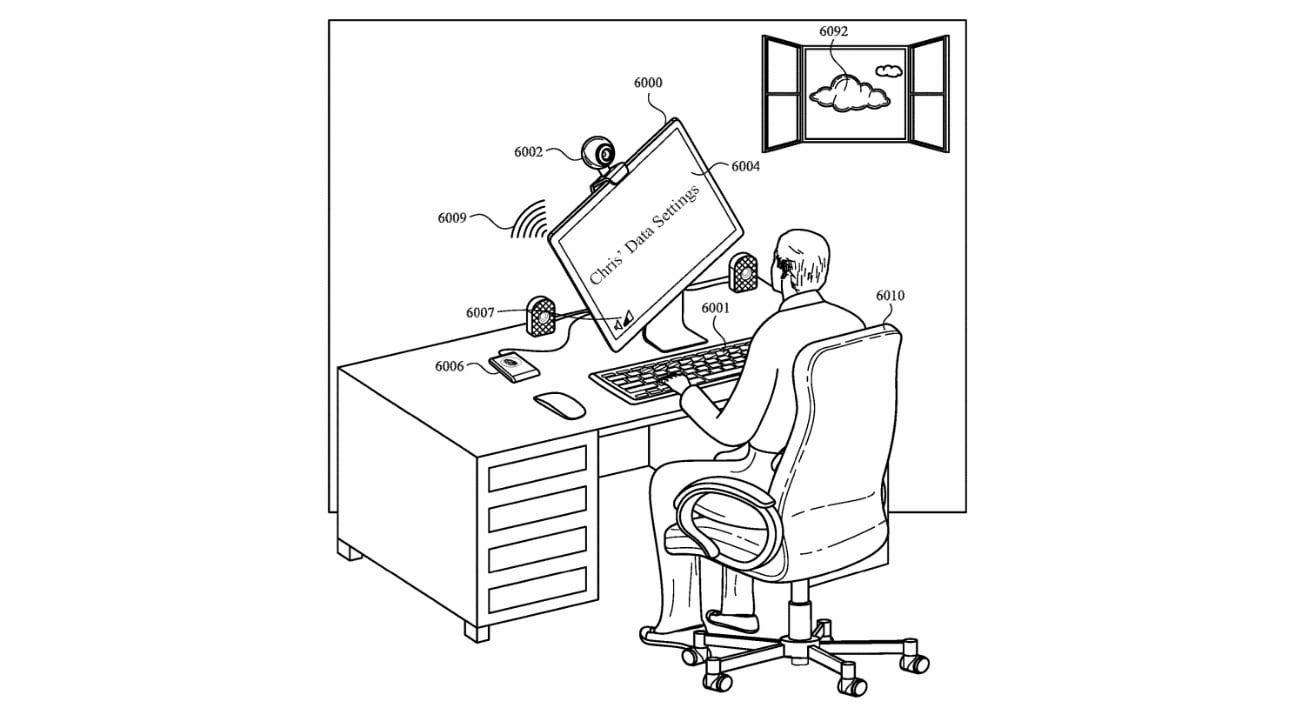 A user logging in to a Mac may trigger an automatic reconfiguration of the display.

In Apple’s concept, a user can log in to an iMac using some form of authentication system, be it a username and password, biometrics, or some other system. Once logged in, the Mac then reads a file containing settings for the display intended for that user.

These settings can include things like brightness, contrast, and color profiles information, which could potentially be done purely in software, but there are other elements it also suggests. There is the proposal these settings could make changes to how the screen is physically oriented to the user.

In example images, this involves rotating the display from a landscape orientation to portrait, a maneuver that is typically performed manually, and would require the monitor to use motors. It would be feasible for the same sort of changes to affect other elements, including the height of the display to match the user’s eye line, and how it is tilted. 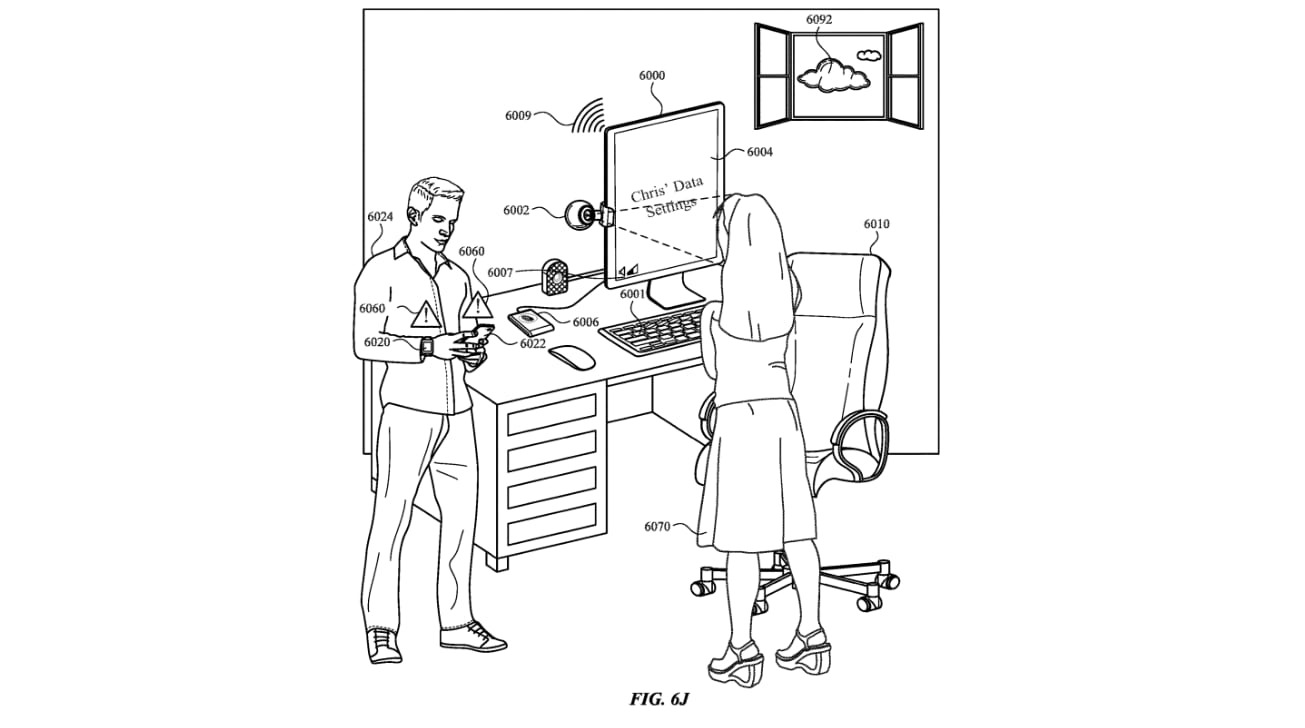 If a second known user is detected, the logged-in user may be asked if they will allow ergonomic changes.

Following the initial authentication, the patent also handles if a different user sits at the desk instead of the intended user. In such cases, the system would prompt the logged-in user, possibly via an iPhone or Apple Watch message, that someone else is using their device.

A webcam would enable facial recognition of this second user, and if that person is known to the system, the first user could be asked if they will allow the system to change its orientation and ergonomic settings to match the second user’s file. While changes could be made to the display’s settings, the system could still allow the second user to have the access privileges used by the first, if they are still logged in.

While the example above deals with just the display, the claims of the patent talk in more general terms, which means it isn’t much of a stretch to imagine it being used to adjust other things within a computing setup. For example, such a system could engage HomeKit and make adjustments to an office’s local lighting to match the user’s preferences.

The patent lists its inventors as Richard R. Dellinger and Marcel Van Os. It was originally filed on September 28, 2017.

Apple files numerous patent applications with the USPTO on a weekly basis, but while the existence of patents doesn’t guarantee they will exist in a future product or service, they do indicate areas of interest for Apple’s research and development teams.

Ergonomics have appeared a few times in Apple’s patent history, such as 2011 filings where Apple envisioned full-hand multitouch displays using a curved surface. In September 2020, another patent envisioned a MacBook Pro with a hinged element, which could raise the keyboard and the display up to provide a more ergonomic angle for typing.

Apple has also looked into other unique designs for its products, such as a bendable MacBook that is made from a single piece of material. An iMac has also been proposed formed from a single sheet of glass, complete with a curved glass base and a wedge at the back.