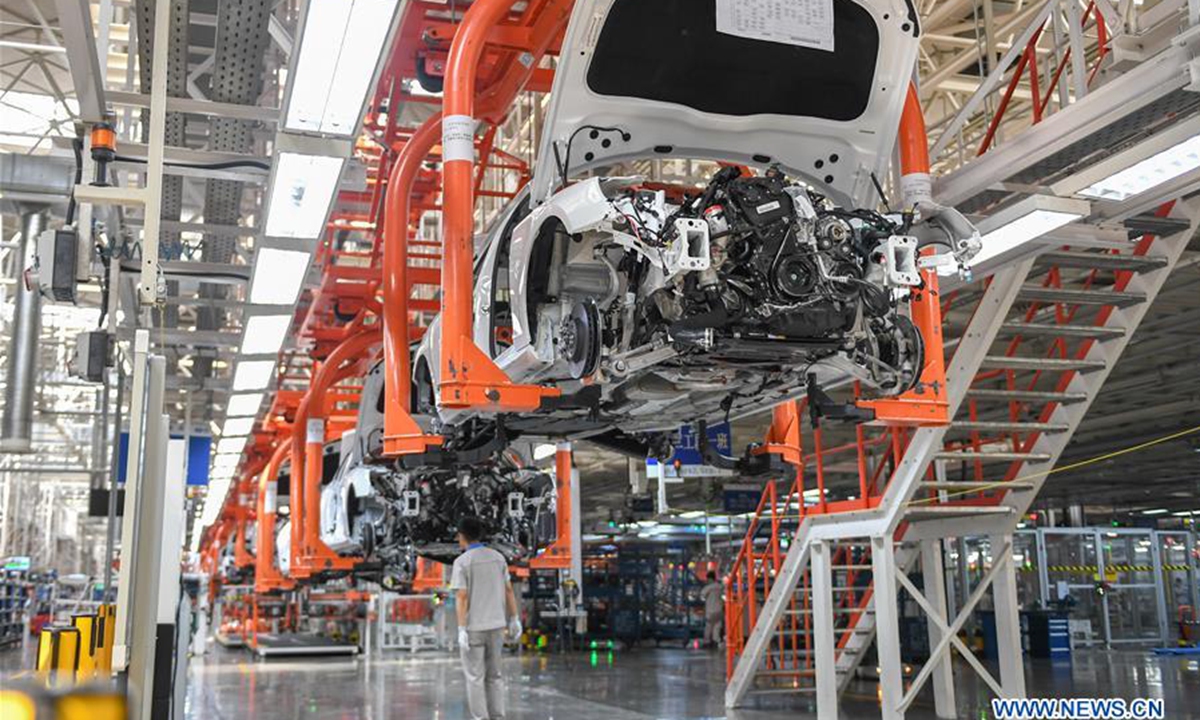 Foreign auto companies have made a big foray into China’s new-energy vehicle (NEV) market, with Audi and FAW on Tuesday signing a memorandum of understanding to establish a joint venture that will make electric vehicles based on the Premium Platform Electric (PPE) platform.

Audi said that it will bring to China the PPE, which was developed jointly with Porsche, to advance the transformation in its largest market. Several all-electric Audi models are to be produced for the Chinese market on the PPE platform from 2024 onward.

This decision emphasizes the strategic importance of the Chinese market, according to Markus Duesmann, chairman of the board of AUDI AG and responsible for the China business.

Since the beginning of this year, foreign auto companies have significantly accelerated their investment in electric vehicles.

In May, Volkswagen invested about 110 million euros ($129 million) to take a 26-percent stake in Shenzhen-listed lithium-ion battery manufacturer Guoxuan High-Tech Co, becoming the biggest shareholder of the EV battery maker.

Meanwhile, the second phase of the BMW group’s battery factory opened, and it’s been reported that the company may look for a second battery supplier in China.

Electric models have become an important segment for foreign auto firms in China, as producers such as Audi, Mercedes-Benz, and BMW all presented electric models at the just-concluded auto show in Beijing.

Consulting firm Deloitte predicts that 31 million electric vehicles will be sold worldwide by 2030, accounting for one-third of total car sales.

According to data from the China Association of Automobile Manufacturers, NEV sales hit 138,000 in September, up 67.7 percent year-on-year.

Domestic automakers are also ramping up efforts. For instance, Polestar, a joint venture of Volvo Cars and China’s Zhejiang Geely, has announced plans for mass production of EVs next year in Chengdu, Southwest China’s Sichuan Province.