We share some of the best photos from the worlds of sports and technology every day in our newsletter. Subscribe to the SportTechie Daily here. 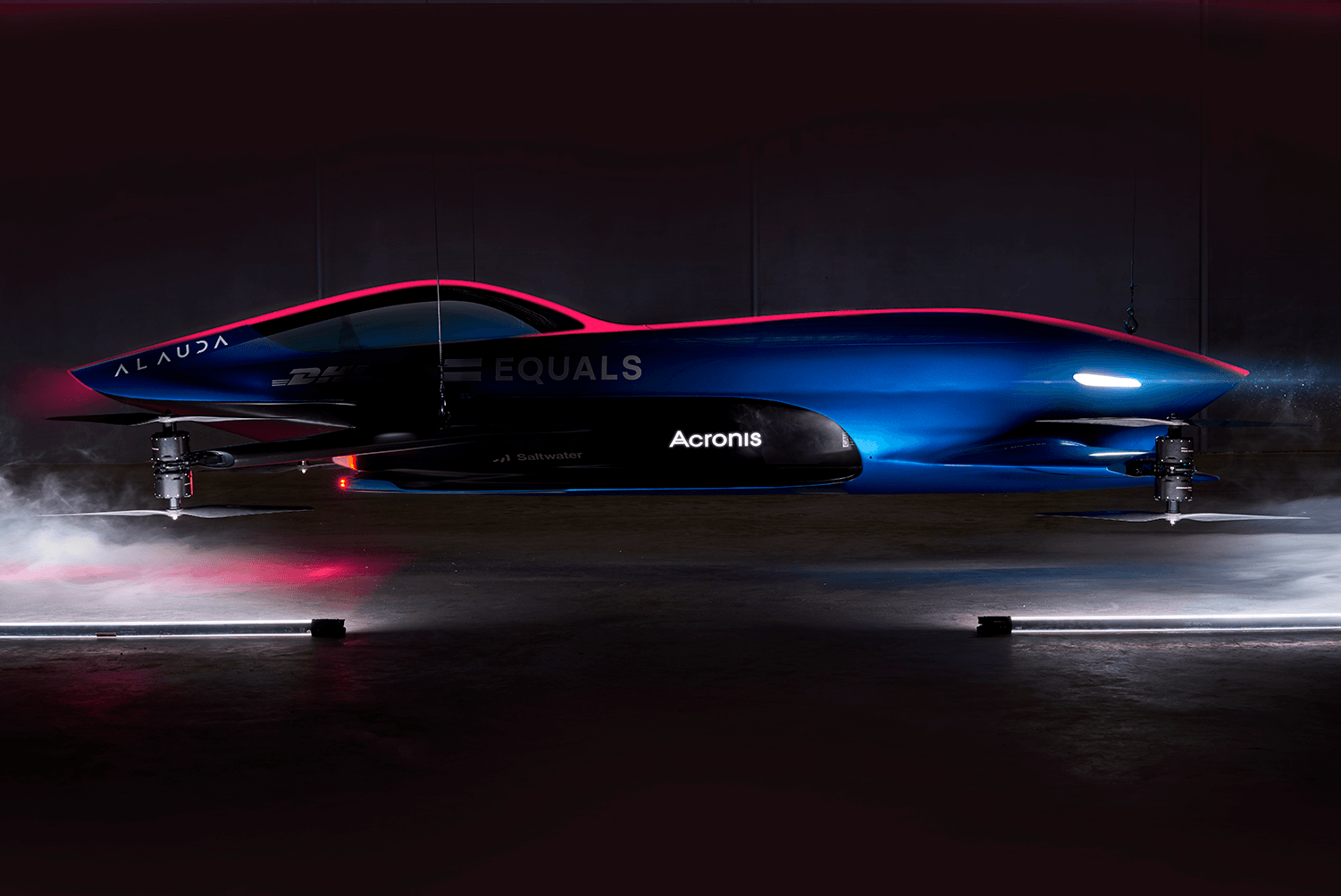 The new flying electric car racing series Airspeeder has announced a strategic partnership with cyber protection firm Acronis. Airspeeder was founded by Matt Pearson, who is also the founder of electric flying car manufacturer Alauda. Airspeeder will showcase humans piloting flying cars powered by electric batters that can reach 125 miles per hour. Pearson previously told GQ that Airspeeder will host races starting next year in California’s Mojave Desert and a desert near Coober Pedy in Australia. (Courtesy of Airspeeder) 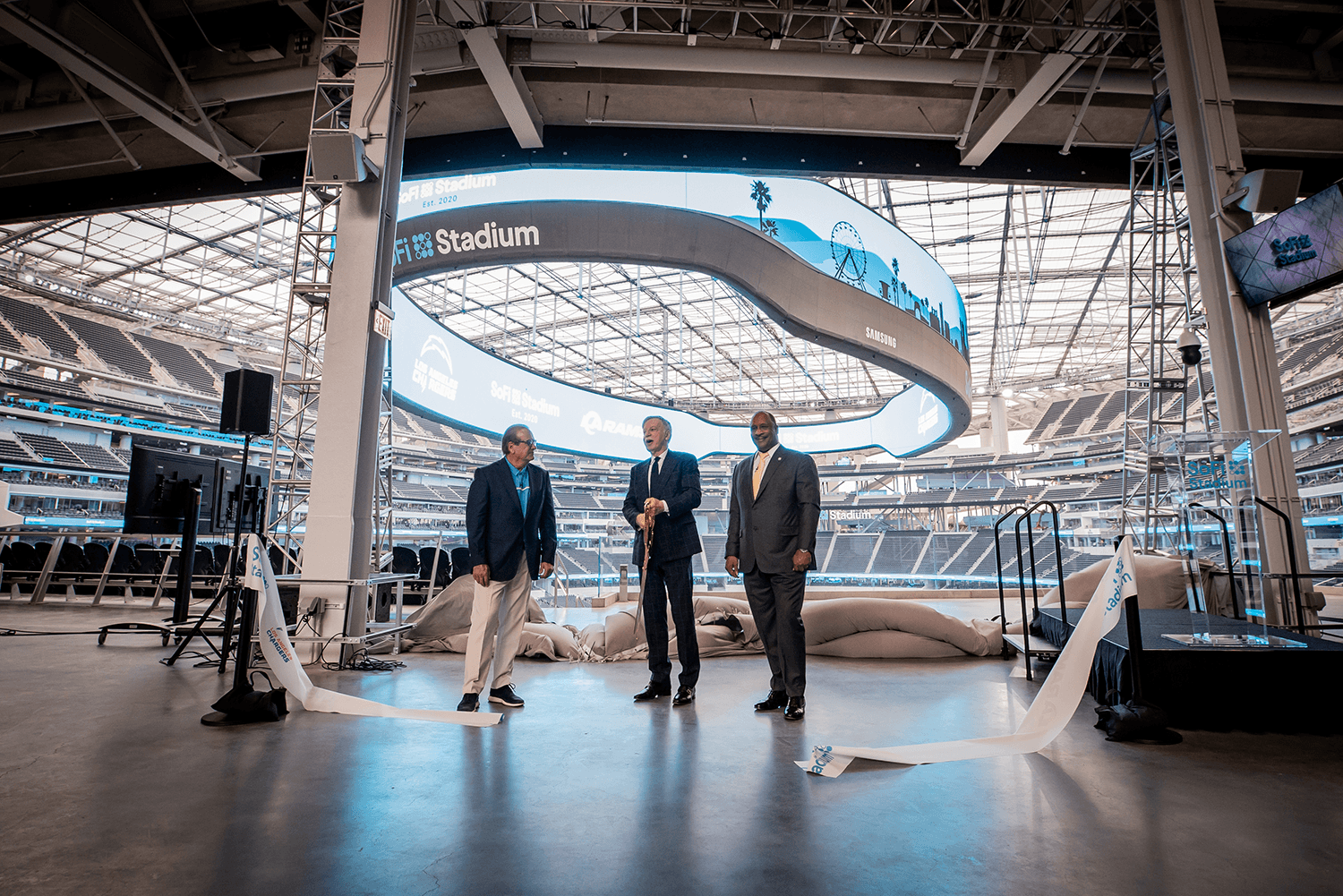 From l. to r., Los Angeles Chargers owner Dean Spanos, Los Angeles Rams owner Stan Kroenke, and Inglewood mayor James T. Butts Jr. attended a ribbon-cutting event for SoFi Stadium on Tuesday. The new $5 billion stadium is the largest in the NFL and can seat up to 100,00 fans, though both teams have announced that fans will not be attending games at their new venue “until further notice” because of the pandemic. (Rich Fury/Getty Images) 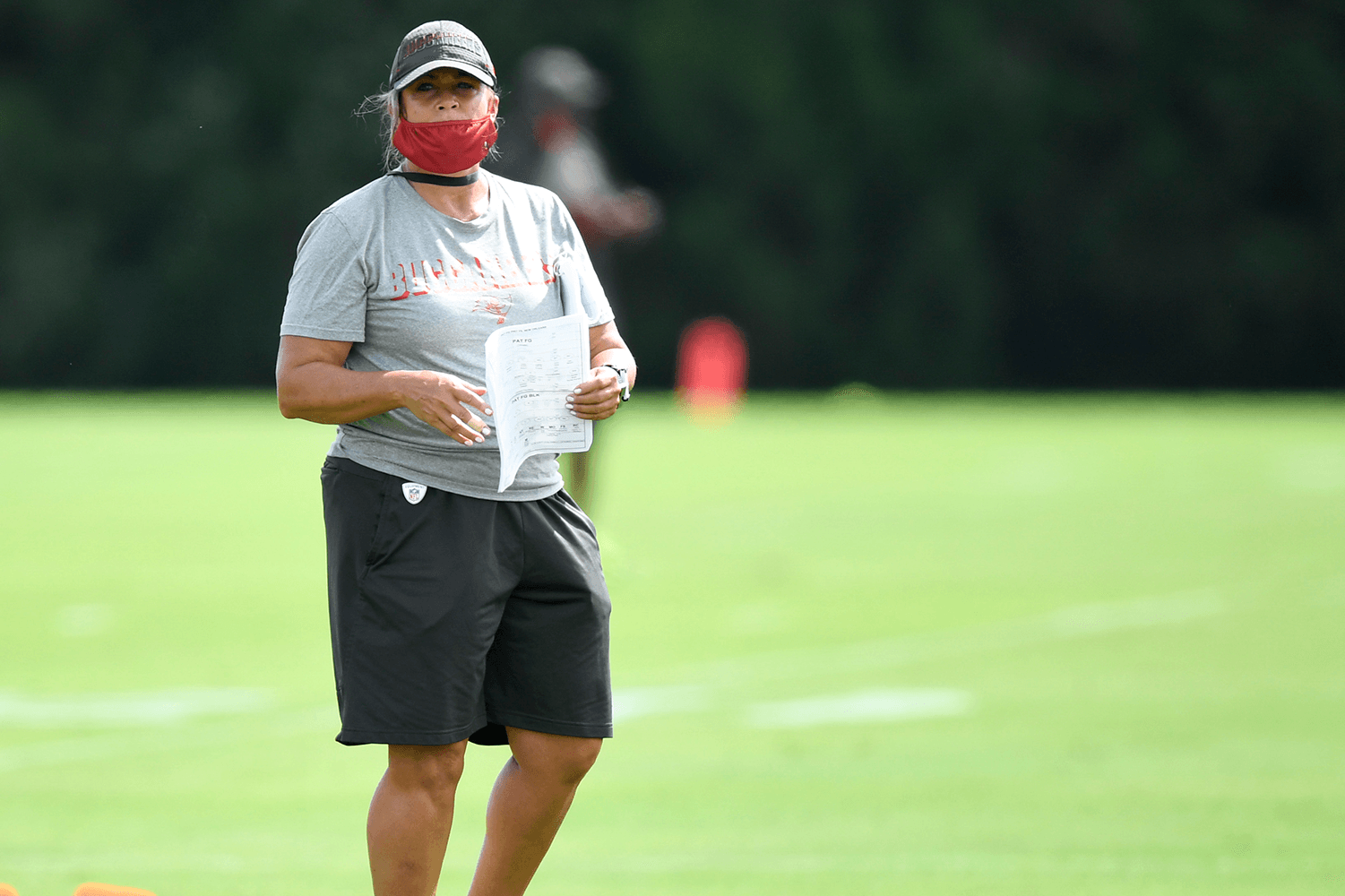 Tampa Bay Buccaneers assistant defensive line coach Lori Locust watched over the team’s training camp session on Wednesday. She was hired by the Bucs last year along with assistant strength and conditioning coach Maral Javadifar. The Bucs are the only NFL team to employ two women as full-time coaches. (Douglas P. DeFelice/Getty Images) 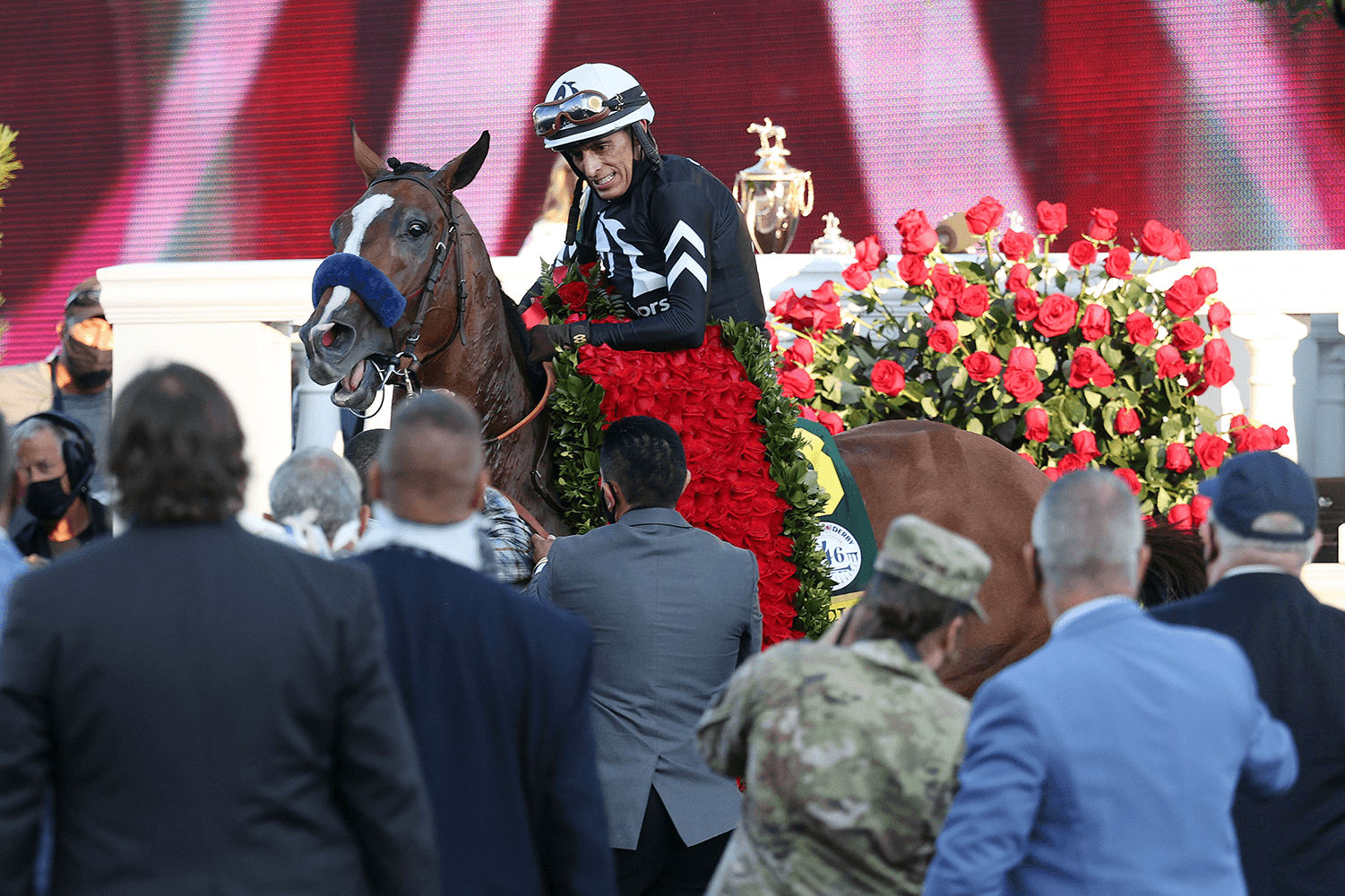 Jockey John Velazquez and his horse, Authentic, celebrated winning the 146th Kentucky Derby this past Saturday. Traditionally held on the first Saturday in May, the race was postponed this year due to the coronavirus pandemic. After originally planning to welcome fans at Churchill Downs, organizers reversed course in late August and held the event without spectators. (Rob Carr/Getty Images) 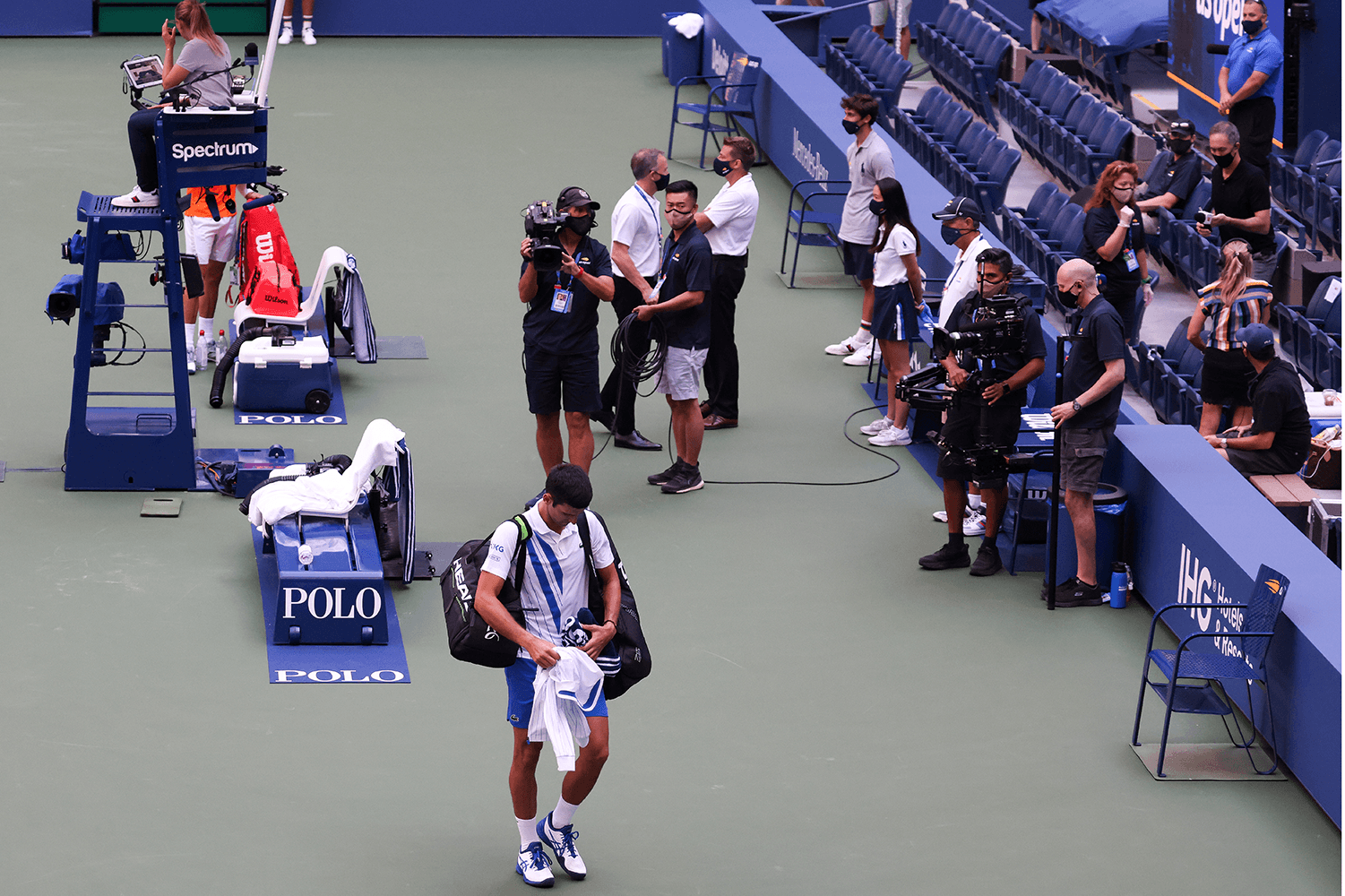 Having been disqualified from the U.S. Open for inadvertently hitting a line judge in the throat with an errant ball that he hit out of frustration, Novak Djokovic hung his head as he walked off the court at Arthur Ashe Stadium on Sunday. Due to coronavirus-related restrictions, Arthur Ashe Stadium and Louis Armstrong Stadium are the only two courts at this year’s Open to have line judges. The remaining 15 courts have replaced human line judges with the Hawk-Eye Live robotic camera system to make line calls. (Al Bello/Getty Images) 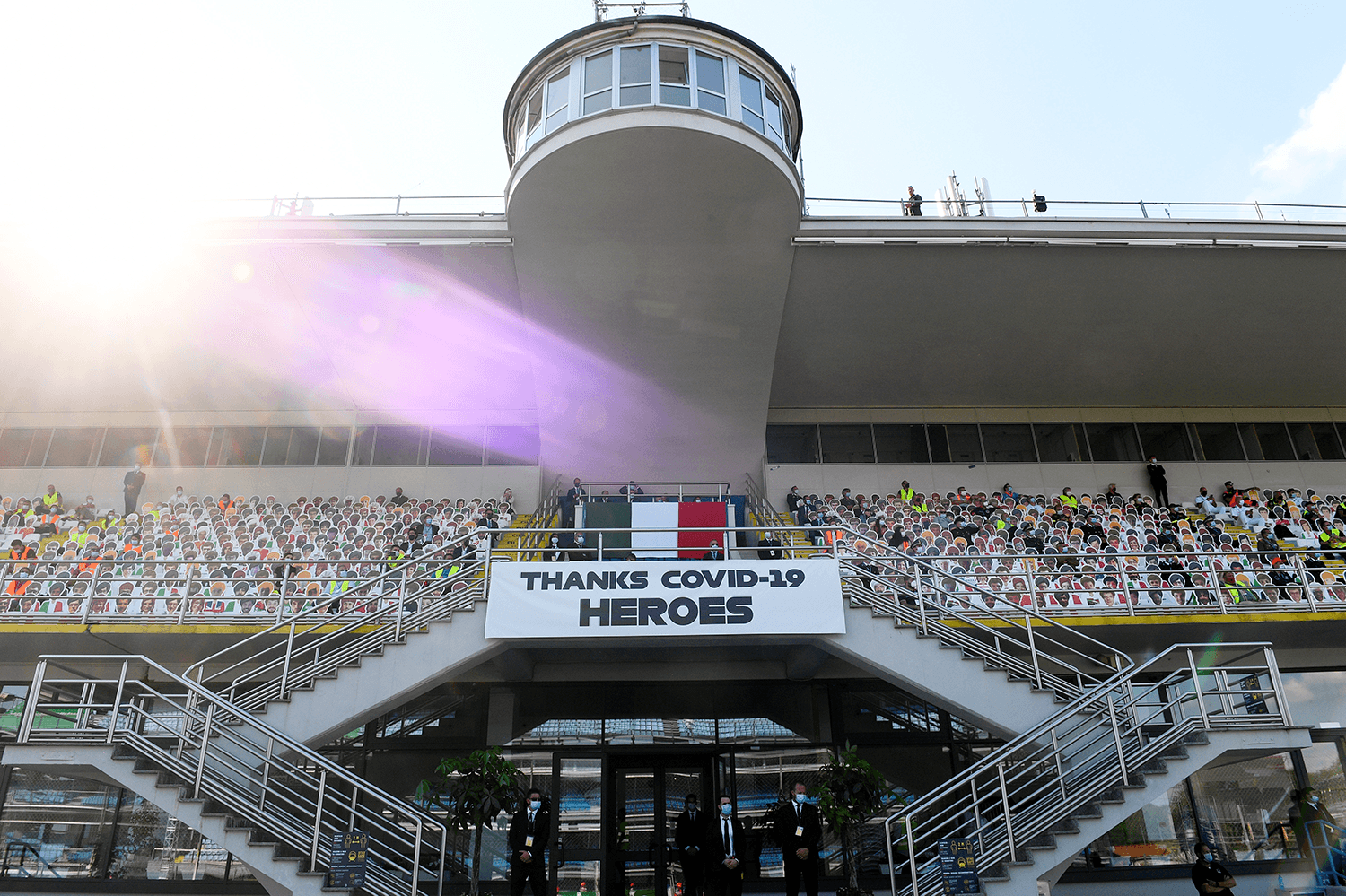 French driver Pierre Gasly won Formula 1’s Italian Grand Prix on Sunday at the Autodromo Nazionale di Monza racetrack. Because of the pandemic, cardboard cutouts were used as a stand-in for fans while a tribute to Italy’s frontline healthcare workers was displayed in the grandstand. (Rudy Carezzevoli/Getty Images)

Got a great photo to share? Send it to us at [email protected]