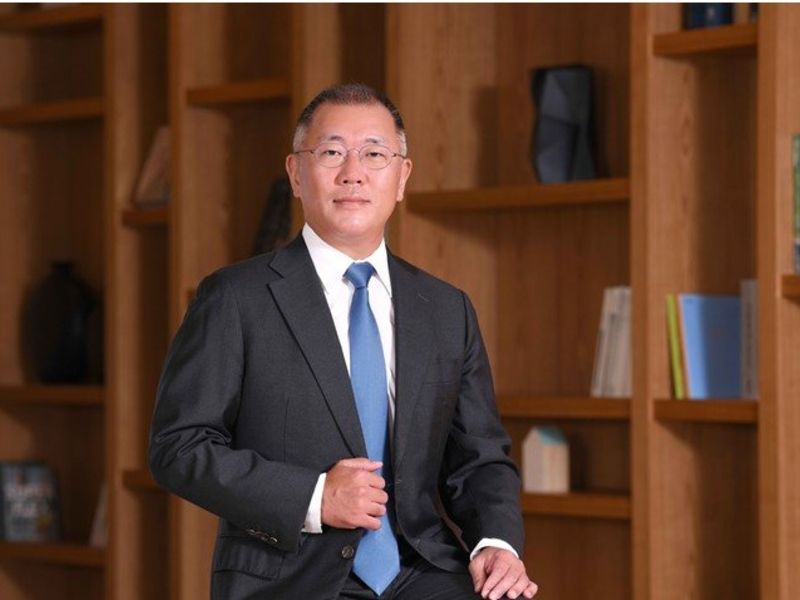 Euisun Chung, scion of the Hyundai Motor Group’s founding family, has been appointed chairman of the South Korean auto giant, taking the reins from his father as the automaker drives into an era of electrification, automated driving and new mobility.

The younger Chung, 49, previously the auto group’s executive vice chairman, was promoted to chairman at an extraordinary board meeting, the company said Tuesday.

His father, Mong-Koo Chung, 81, was made honorary chairman in the shuffle.

Euisun Chung has exerted more influence over the entire auto group in recent years. His father gave up his board seat in Hyundai Motor this year after stepping back from daily operations.

Chung joined the carmaker as a director of procurement in 1999 and became president of Kia Motors Corp. in 2005 and vice chairman of Hyundai Motor Co. in 2009.

The heir apparent, who worked to modernize both brands, became executive vice chairman of the entire Hyundai Motor Group in 2018, setting up this month’s succession.

At Kia, Euisun Chung helped jumpstart the brand’s ascent as it played catch up to Hyundai. And at Hyundai, he helped steer the brand upmarket with sophisticated styling and technology.

The younger Chung, who earned a Master of Business Administration degree from the University of San Francisco, injected an international perspective at Hyundai as it expanded around the globe.

He also kept one foot firmly planted in the emerging new technologies of electrification, autonomous driving and connectivity, making those a priority for investment.

Branching into the premium segment with Genesis was another move he championed and led.

“Much like the founders of the great Korean chaebols, Euisun Chung is a change agent,” Frank Ahrens, Hyundai’s former director of global public relations, wrote in an email to Automotive News.

“He has prepared his entire life for this moment, studying the companies diligently and seriously, and he has worked at both Kia and Hyundai. But he is no placeholder or status quo choice. He knows what to keep from his company’s and business culture’s history, and what to discard.”

Earlier this year, the Hyundai Motor Group announced plans to sell 1 million electric vehicles in 2025 and take a 10 percent global market share in the segment. The South Korean auto group – one of the world’s largest vehicle manufacturers – is also a leader in hydrogen fuel cell development.