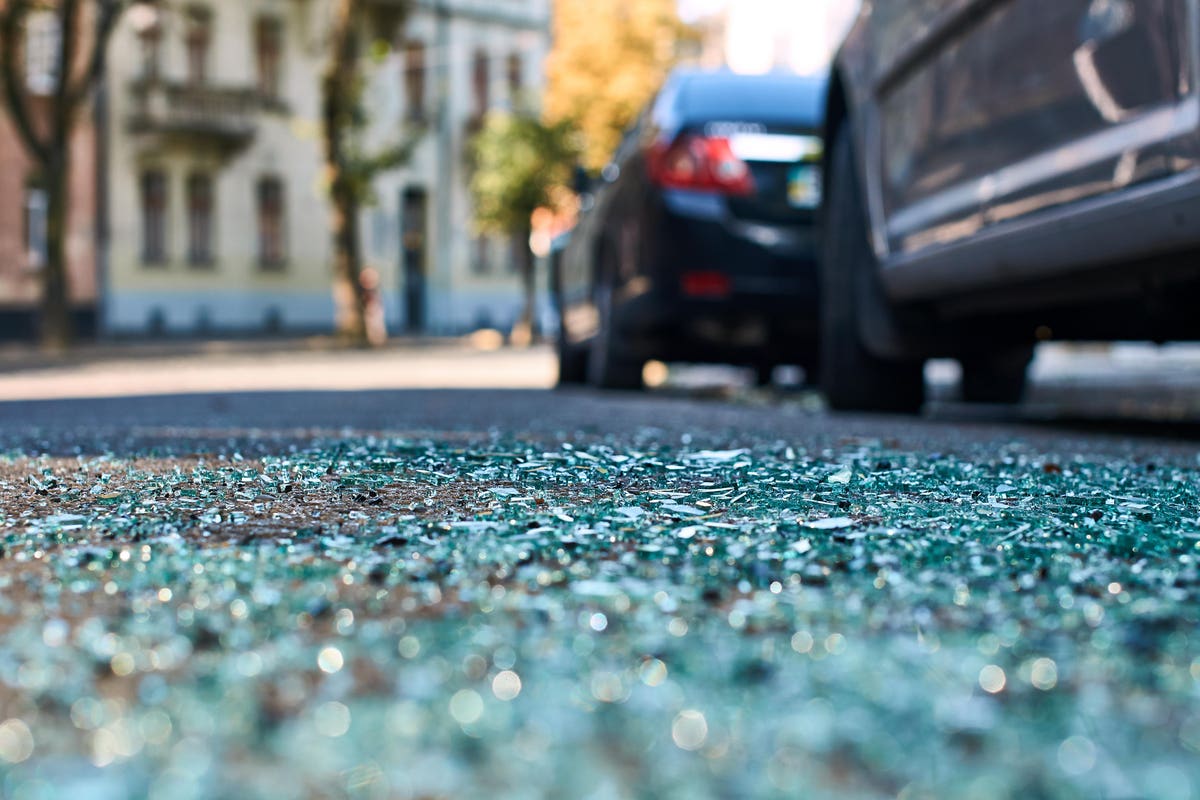 Coronavirus shutdowns or fears have caused the decline of many companies or industries ranging from the cruising industry (e.g. Carnival Cruises’s
stock is down ~70% since January ) to hospitality (e.g. Airbnb’s value almost halved to $18B by April). Simultaneously, other companies have flourished due to that shifting of costs and risks, such as streaming content providers, online gaming companies or large box digital retailers (e.g. Netflix
, Xbox and Amazon
have all posted record profits since March).

But a third category might be titled “within industry shifts”, where costs and risks have changed within the genre. A good example of this: pajama sales have soared 143% during the pandemic while pants sales have declined 13%. Automotive has some of this within-industry changes which have required the auto sellers and buyers to look for alternative paths to survive financially. All have seen COVID-19 affect the use of their money. Each of these personas – the car buyer, manufacturer and insurer — merits a deeper dive, especially since a common thread of the connected car’s services (a.k.a. “telematics) is enabling interesting choices.

For the buyer, the novel coronavirus has created what appears to be on the surface an obvious decrease in overall automotive costs and risks since many workers are either working remotely or unemployed, thereby driving fewer miles. In areas around the world, passenger traffic has dropped by more than 60% with commercial traffic even dropping nearly 20%. That equates to lesser fuel usage, lesser wear on vehicles and lower damage to infrastructure; all of which accumulates into a decrease in spending on transportation.

To mitigate costs further, another shift in spending has occurred between the individual and his insurance company. Yes, some insurers preemptively announced massive cuts in rates to sustain relationships with the individual vehicle owners (e.g. $2.2B by State Farm in May and a predicted $10.5B in total across the industry), but many buyers are seeking out pay-for-play solutions to further reduce their spending. “People are acutely aware they aren’t driving as much, so there’s a bigger interest in Usage-Based Insurance (UBI),” says Marc Fredman, Senior Vice President of Strategy at CCC Information Services, the telematics provider for auto insurers and auto manufacturers.  “There are a lot of different nuances in that. Traditionally, UBI has been centered around ‘How are you driving: are you reckless or a safe driver?’ But now that in-vehicle technology has increased, and coronavirus has shifted usage patterns, we’re also seeing an increased interest in mileage-based UBI. You only pay more when you drive more.”

Another not-so-obvious swing: the financial risks of driving have additionally, negatively affected the individual. “We’ve measured that the severity of accidents has actually increased relative to previous periods,” states Fredman. CCC’s study, published in July, showed an increase in the delta-V (i.e. rapid decrease of velocity) of crashes since the start of COVID-19 sheltering. “There are a lot of hypotheses around that, but a logical one is that with fewer cars on the road people are driving faster. Where you might have previously been in bumper-to-bumper traffic, you’re now flying down the highway.” And previous telematics studies have shown correlations between speed and accidents: any trip where the maximum speed exceeded 60 mph was more likely to have been in an accident, 29% of accidents occurred within one (1) minute of the vehicle reaching maximum speed and 71% of accidents occurred within the first ten (10) minutes of that maximum speed.

Costs down, risks up. And telematics potentially influential.

Manufacturers probably saw the biggest hit to the bottom line of all the players since manufacturing was forced to shutter, reopen, close again, cleanse, etc. while sales dropped-off significantly. “When the pandemic broke out, practically the whole economy came to a screeching halt,” summarizes Frank Weith, the Director of Connected and Mobility Services at Volkswagen Group of America. “In automotive, it’s had a significant impact. People weren’t driving their cars.”

Meanwhile, cyber attacks were already the norm, but COVID-19 made it worse. In 2019 there was a 99% increase in automotive cyber incidents over the prior year, but the World Health Organization has reported a fivefold increase in cyber attacks since the start of the pandemic, which given the FBI’s warning that automotive is a “key target” with valuable data and motivated, nation-state attackers it’s likely automotive has experienced the same or greater increase. Once again, telematics will play a significant role given the lowest-touch, highest-speed updates for cybersecurity are remote reflashings of the vehicle’s software, which is becoming more prevalent across manufacturers.

The good news for the OEMs, though, is that the shift in driving and buying has already started to alter. “People have become more mobile again, taking longer road trips rather than commuting or flying,” says Weith. “With those trips, they want to bring in content and features while managing costs. For instance, in just the month of July, WiFi take rates jumped 10% and we expect another leap in the August reports.”

And to defray risks on revenue, some manufacturers have pivoted to create buying options that will be desired as the economy recovers. “None of us really know what kind of recovery we’ll have,” continues Weith. “We’re hopeful that it will be a fast one, but we’re also cautious. We are already seeing in China’s recovery that car sales went up quickly afterwards because people want to avoid mass transit or ridesharing. Will that be true in the U.S.? It’s probably dependent upon the speed of the recovery, but customers are smart and savvy. We built out our platform for customers to maximize their value. Be it getting improved insurance rates through better driving scores supported through our DriveView program with CCC or programs like Carrier of Choice where VW customers can select the mobile network for which they’re already paying, buyers will want the combination of lower risk and cost when buying that next vehicle. Our objective is to seamlessly optimize the convenience of leveraging existing cost structures in the households, such as content and cellular fees, and extending them into the car.”

Additionally, the dealership experience is also being tailored. “In the case of a manufacturer, if you want to distribute information across your ecosystem in a secure way – either to engineering, dealerships or insurers – for a variety of use cases, telematics can now do that with great macro-level information,” says Fredman. “Be it driving behavior or accident information from fifty billion miles of real-world conditions or repairs at 25,000 body shops, we’re able to share this information through our platform, informing automotive executives on a variety of topics.” And telematics is being used quickly in the background to maximize service fleet utilization, thereby improving the customer experience and decrease costs. “We are beginning to use that inventory distribution to ensure that service loaners are lined-up and we simultaneously maximize the utilization of our assets,” states Weith.

Costs up, risks being managed. And telematics potentially influential.

As previously mentioned, the individual car owner has sought a decrease in standard premiums with many customers listing one or more vehicle as “in storage”, which obviously decreases the overall revenue for the B2C insurer.

The B2B insurer has a different riddle: how to underwrite given changing behavior during COVID-19 and simultaneous introductions of automotive innovations. “Technology is ubiquitous now and influencing every industry at the same time as the pandemic,” says Dave Carlson, Managing Director of Marsh’s U.S. Manufacturing & Automotive Industry Practice. “For retailers, it might be eCommerce and deliveries. For transportation, it’s last-mile delivery, micro-mobility, autonomy or advanced driver-assist technologies. For those innovations, the insurance industry doesn’t have decades of recall or claims history to use as a basis of assessing risk and so has really needed to pivot. They’ve needed to do more predictive analytics using mobile apps /API’s or data extracted directly from vehicles such as hard stops, sudden accelerations, telematics and lidar information.” Certainly the amount of data available in recent months has dropped as vehicles have been driven less, but some high-accuracy, telematics-enabled information is better than no information.

An additional form of information available to insurers has been Engineering Assessments. “We have had some interest from insurance providers about assessing manufacturers and suppliers to understand the underlying risks in their product development,” says Peter Abowd, CEO of Kugler Maag Cie North America. “This can range from cybersecurity to functional safety to basic systems engineering, and helps the insurance underwriters avoid catastrophic, field failures like Takata’s airbags.”

Just like the individual car owners, any sharing of valuable information requires compliance, but companies gladly share either the telematic or assessment information in exchange for a better rate. ““The sharing of information with the insurance companies is critical for getting the maximum value for what you pay,” states Carlson.

In addition to defraying cost and risk through offering new types of insurance with supporting data, insurers are also using telematics to avoid health risks. “We have seen a record number of insurance claims processed via digital claims that use pictures uploaded by the car owner and are processed using  our Artificial Intelligence (AI),” says Fredman. “This allows both the car owner and the Claims Adjuster – both of whom are working from home — to avoid the risk of human contact, allows the car owner to quickly understand the extent of damage to their vehicle and advance it to repair,  and yet allows everyone to get good information and reduce risk. Will this better way of working revert or is this the new norm? Good question.”

Styling of any kind will come and go. Entertainment will naturally flow from innovative to boring to outdated over time. But during a global crisis we are reminded what truly matters. As said best during the interview of Marc Fredman, “The thing that really jumps out when you ask people about what they value is safety and savings.”

Keep my family safe. And then keep my wallet safe. 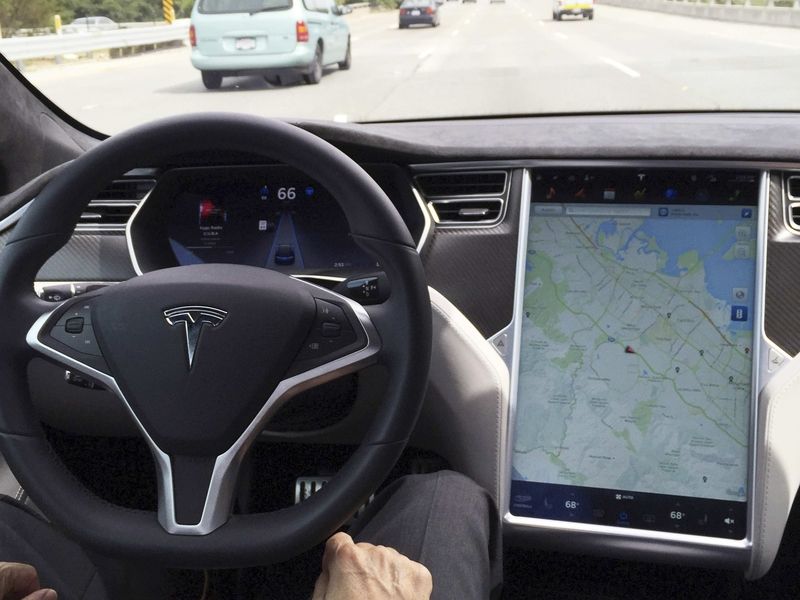 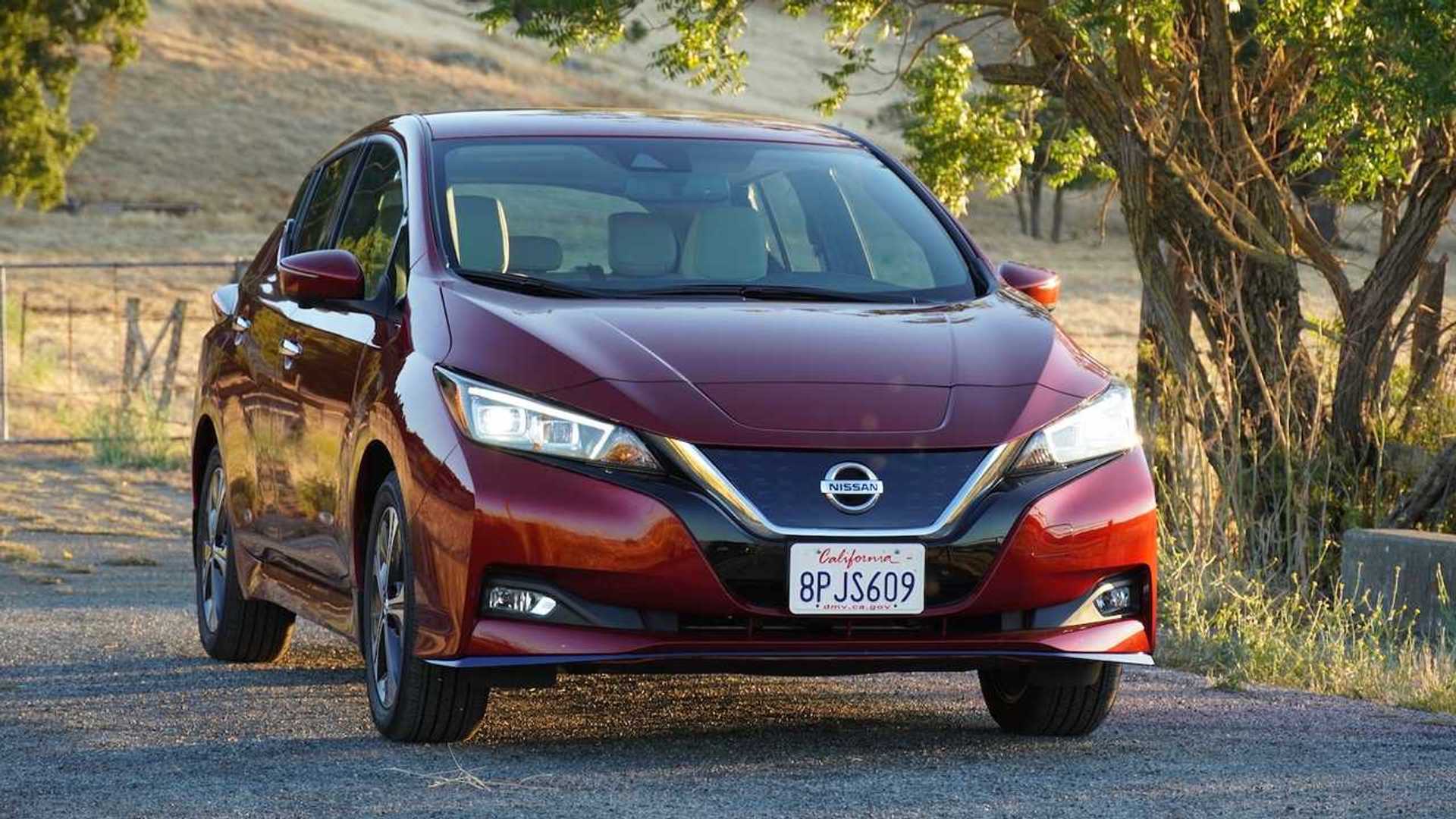 Here Are The Most Popular Used Cars By State: Nissan LEAF Tops Tesla