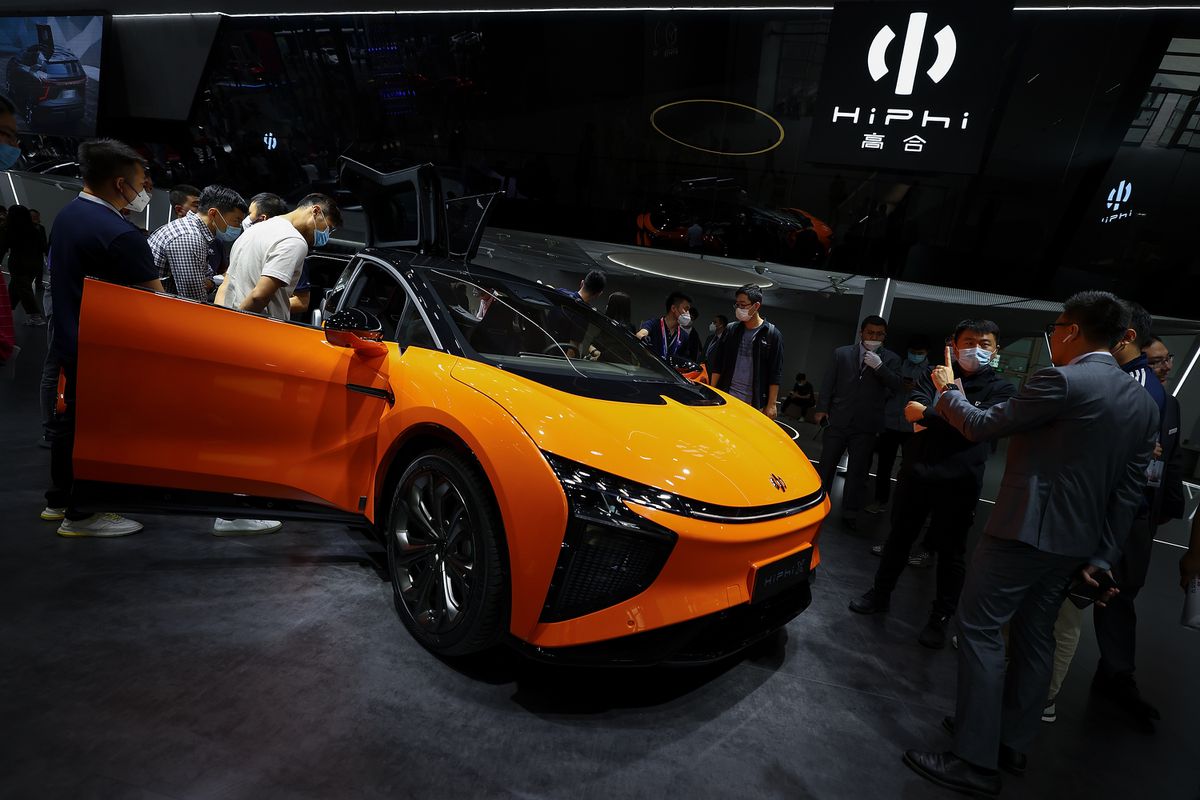 The HiPhi X will do a few things you would expect in an electric car with a six-figure price tag. It’s quick off the line, handles like something designed in Stuttgart and includes a wine chiller between the rear passenger seats.

It also has a few less-typical features: Its artificial-intelligence system paints and pens poems; a camera uses facial recognition to identify the owner and open the door, no key required; more cameras inside monitor blood-pressure levels and change the lighting according to the driver’s mood; LED lights on the front bumper can display simple animations, like a pulsating heart when the car plays Happy Birthday.

At the Beijing auto show this week, the car drew crowds of onlookers. The interior has the feel of “a mini movie theatre,” Chen Zhen, a former race-car driver, told his five million followers on China’s Twitter-like Weibo service. “Can you resist this? It’s just way too luxurious.”

Nearby, the company’s chief technology officer, Mark Stanton, took in the commotion around his company’s cars, situated adjacent to the Tesla display.

“We’re deliberately next door to Tesla. We believe we can take them head on,” he said. “We’re trying to create this premium Chinese brand that’s very aspirational, that young Chinese people want to have. And you know, the Chinese are telling us that’s what they want. They don’t want Western products so much any more.”

But HiPhi has yet to deliver a single car to a buyer. Tesla, meanwhile, sold 380 units a day of its domestically manufactured Model 3 in August.

China’s automotive industry has in many ways never looked better. Upstart brands are bringing to the market new ideas and daring designs. Young engineers are turning cars into the rolling appendages of smartphones. Market research shows that the halo that once surrounded foreign brands – historically seen by Chinese consumers as appealing for reasons of quality, status and reliability – is fracturing.

Yet the Chinese auto industry has struggled this year. After surging in popularity to well over 40 per cent of the market, domestic brand sales fell to only a third of passenger cars sold in China in August. German brands had a 27-per-cent market share, while Japanese cars took 24.5 per cent of the market, according to the China Automobile Dealers Association. The strength of demand in China, particularly in the summer, has made it unusually important for the world’s automakers as global sales fell 29 per cent in the first half of 2020.

Foreign auto manufacturers have succeeded in part by cutting the price of luxury models, pumping up sales in a category of car with little domestic competition. The uncertainty of the pandemic, foreign automakers believe, has also driven Chinese buyers to established brands.

“The foreign brands in China, they are depressing the space for the local brands now,” acknowledged Han Dehong, a director with New Baojun, an automaker that began selling vehicles last year.

Cars are a key area of concern for China’s industrial policy. As part of its controversial Made in China 2025 plan, Beijing has said it wants 80 per cent of new energy vehicles – a category that includes fully electric as well as plug-in hybrid cars – sold in China by 2025 to be domestic brands. The government wants a quarter of all cars sold in 2025 to be electrified; the chairman of Shenzhen-headquartered BYD, one of the largest electric carmakers, has said that the entire Chinese car market could go electric by 2030.

The relative struggles of Chinese automakers in recent years have raised questions over whether those targets are achievable – and demonstrated the insensitivity of Chinese consumers to national political trends, at a time when Beijing has taken an increasingly hostile posture toward those outside its borders.

But the broader policy direction has also infused the domestic industry with optimism, propelling investment into new brands and novel features, in the belief that this year’s setback for domestic brands is temporary.

Take New Baojun, which has brought eight different models to market since launching its brand last April. Backed by SGMW, a joint venture between General Motors Co. and two Chinese state-owned companies, New Baojun had sold 20,600 cars by this August.

With the onslaught of foreign competition, the brand is working “to differentiate ourselves,” said Mr. Han. He shows an app that can open the trunk to accept home deliveries while the owner is at work. New Baojun has also built connections that allow its cars to control internet-connected refrigerators and air conditioners.

“We are merging our customer’s living conditions and driving conditions together,” Mr. Han said. “One hundred per cent of our New Baojun vehicles are intelligent vehicles.”

At BYD headquarters in Shenzhen, the walls show the history of a company that became an automaker in 2003 and produced its first car, the F3, two years later. BYD, still mocked by competitors as “Borrow Your Designs,” doesn’t entirely dismiss the moniker. Looking at a photo of the F3 on the wall, Richard Li, deputy director of public affairs, acknowledges its resemblance to a Toyota Corolla. “We admitted that. The Chinese auto sector started with copycats.”

Then he walks into an adjoining room where the company shows its latest models, including a sedan called the Han that was made under the direction of Wolfgang Egger, the former head of design at Audi AG.

“It’s a new era for the company, not only technology-wise but for the whole design,” Mr. Li said. With a wide, muscular stance, the Han is an attractive car with a sophisticated interior. Its fully electric version can accelerate to 100 kilometres an hour in 3.9 seconds, faster than 1990s-era Italian supercars.

“In the new energy sector, we now can definitely compete with the foreign brands,” Mr. Li said. He reaches for a Tesla analogy, suggesting the Han offers Model S quality at a Model 3 price.

“The idea that foreign brands are more reliable and more fashionable, that still exists,” said Wu Dong, research director at EO Auto, an industry information provider. “But foreign brands are no longer as deified in China.” And, he added, “people see Chinese cars as something they are willing to purchase, something on their shopping list. That’s a change.”

Central to that is the rise of the electric vehicle, a field that has brought a rush of competitors – many of them Chinese: BYD, New Baojun, NIO, Lynk & Co.

“In the long run, I believe Chinese automakers will lead the domestic market, because no one knows Chinese people better than Chinese themselves,” said Feng Shiming, an automotive expert who is executive director of Menutor Consulting Co. But “rather than surpassing our competitors on the old track, I think we can consider surpassing them by changing tracks.”

Among the new buyers is Luo Wei, 26, a developer in Guangdong who bought his first car in July, a Roewe i5. Before buying, he walked into dealerships selling Toyota, Volkswagon, Geely and Buick cars. He also sized up a VW Santana owned by his company as a point of comparison.

But he settled on the Roewe, a car made by Shanghai-based SAIC Motor. The i5 cost him $17,730, some $4,000 less than the Santana, which he dismissed for its “shabby interior – there’s only a radio inside,” he said. The i5 comes with a large colour touchscreen.

“Domestic cars are cheaper than the foreign brands, their cost performance is super attractive and their reliability also gets better every year,” Mr. Luo said.

At HiPhi, meanwhile, Mr. Stanton is confident that he’s come to the right place after 35 years at Western automakers, including Ford and Jaguar Land Rover, where he spent 10 years in charge of overall vehicle engineering before being lured to China.

He marvels at the subsidies and government support for the advancement of the industry in China. For him, joining HiPhi came down to a decision of sitting back to watch the Chinese industry develop, “or do I come here and become part of it?”

With reporting from Alexandra Li

Our Morning Update and Evening Update newsletters are written by Globe editors, giving you a concise summary of the day’s most important headlines. Sign up today. 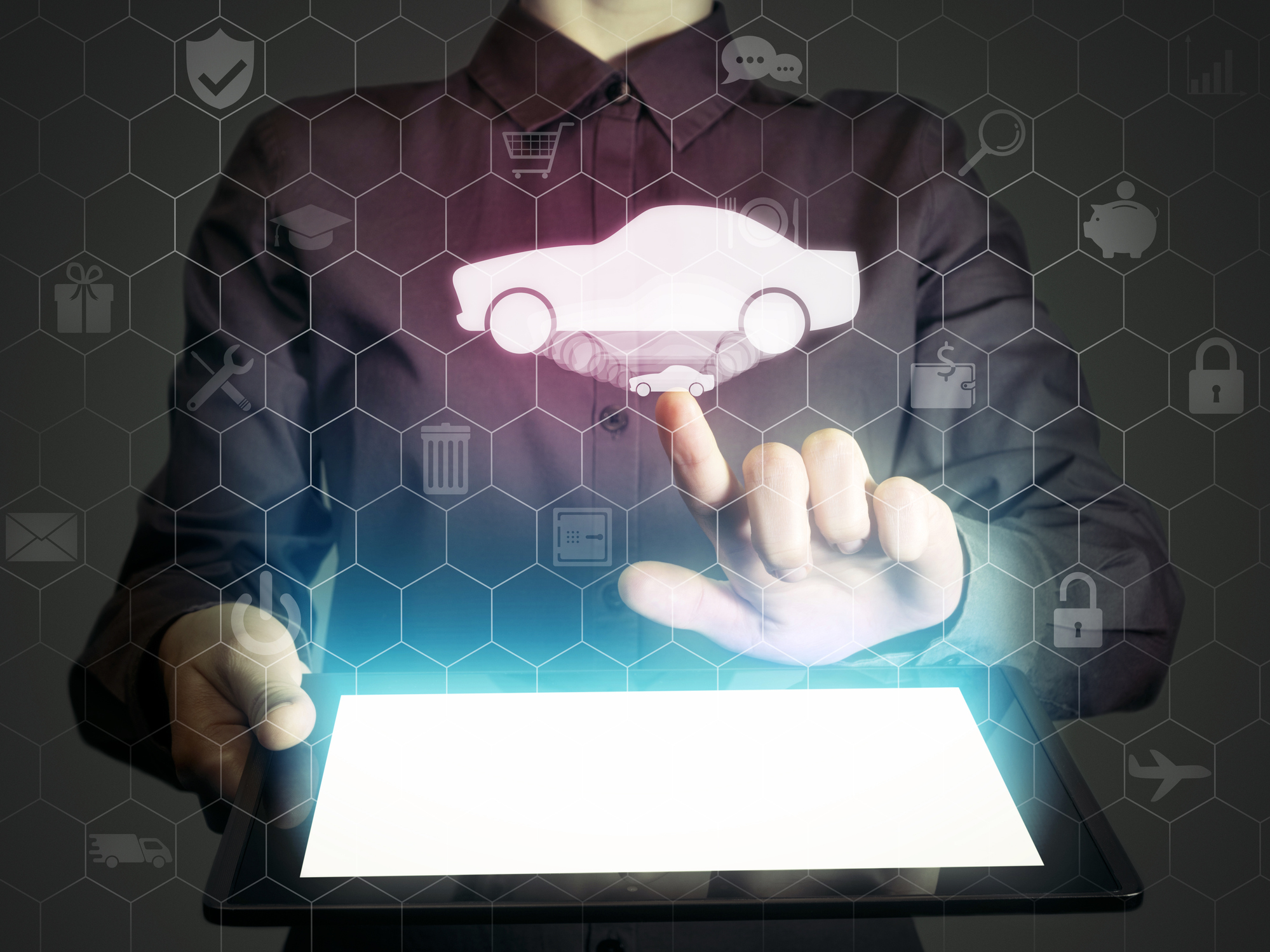 An insurer partners with an automaker to collect data Canadian Underwriter