Car manufacturers sold 17,906 units in August, 12.8% lower compared to 20,542 units sold in July, according to a joint report by the Chamber of Automotive Manufacturers of the Philippines INc. (CAMPI) and Truck Manufacturers Association released Monday.

“Spending remains a challenge especially for big-ticket items such as cars,” Rommel Gutierrez, CAMPI president, said in a statement.

The report in August highlighted anew the impact of movement restrictions on consumer purchasing appetite. With President Rodrigo Duterte reverting Metro Manila and neighboring areas to stricter quarantines from Aug. 4 to 18, a pick-up in vehicle sales that started in May U-turned to a fresh decline.

Car sales are widely used, including by the central bank, as an indicator of economic health, and renewed slide reflected an economy struggling to recover from the pandemic’s impact. The industry aims to at least cap the year with 240,000 units being sold, which if realized, would be 35.1% down from last year’s sales.

“Our objective is to achieve if not outperform this new target,” Gutierrez said. “Otherwise, recovery will be even more difficult.” 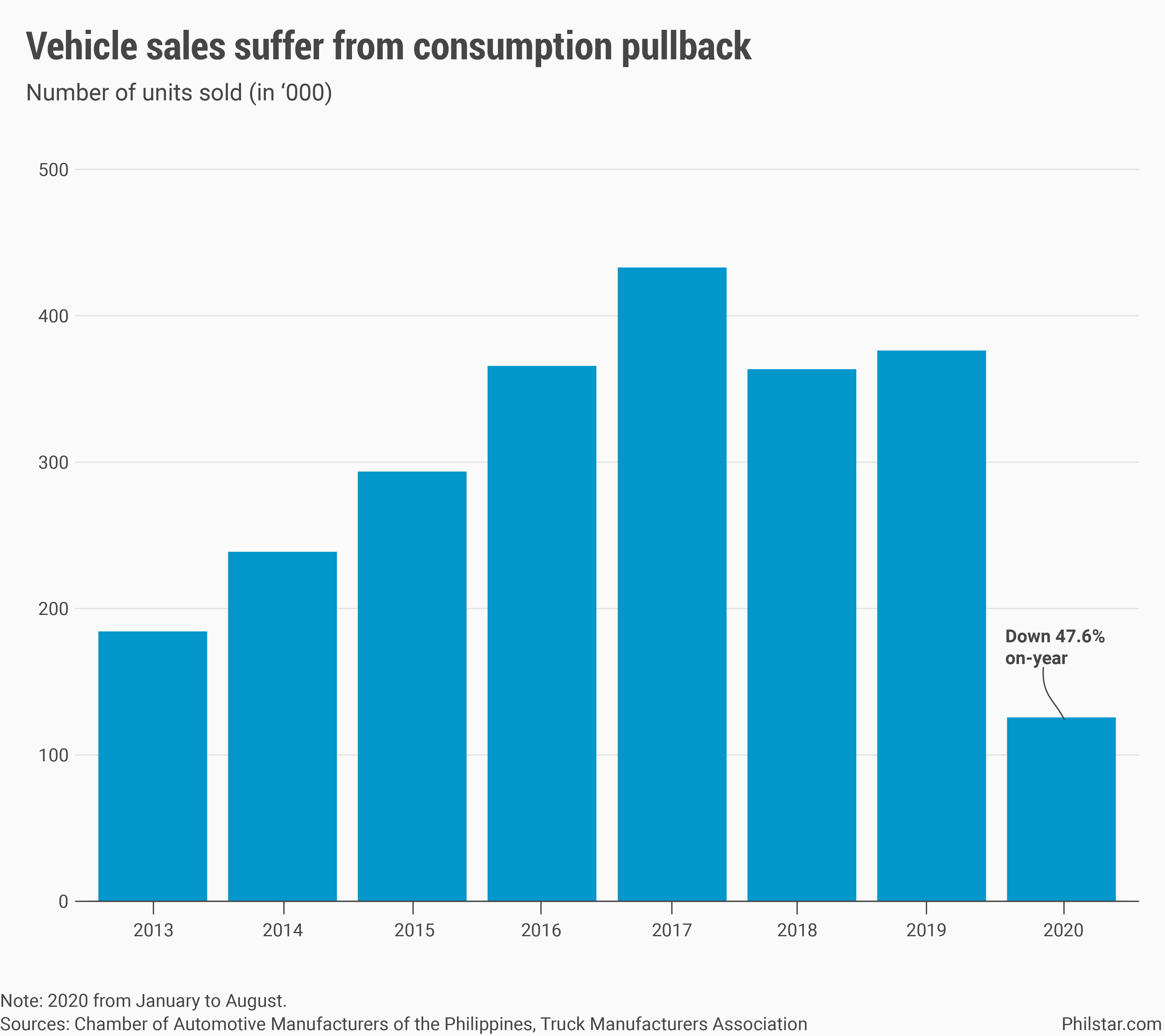 Light utility vehicles, including commuter vans and pick-ups, followed with 9,707, which contracted at a bigger rate of 41.1%. Passenger cars, meanwhile, dropped 37.9% from year-ago to 5,454.

Apart from the pandemic, Gutierrez also said he hopes for the eventual resolution of a petition from the Philippine Metalworkers Alliance in the latter part of 2019 that called for duties on imported vehicles, one that he said can drastically limit the industry’s recovery if granted.

“Economic recovery can be a gauge of the industry’s future performance, but it also depends on the policy environment. Any restrictive policies such as safeguard duty will only limit the industry’s capability to navigate the current crisis,” he explained.