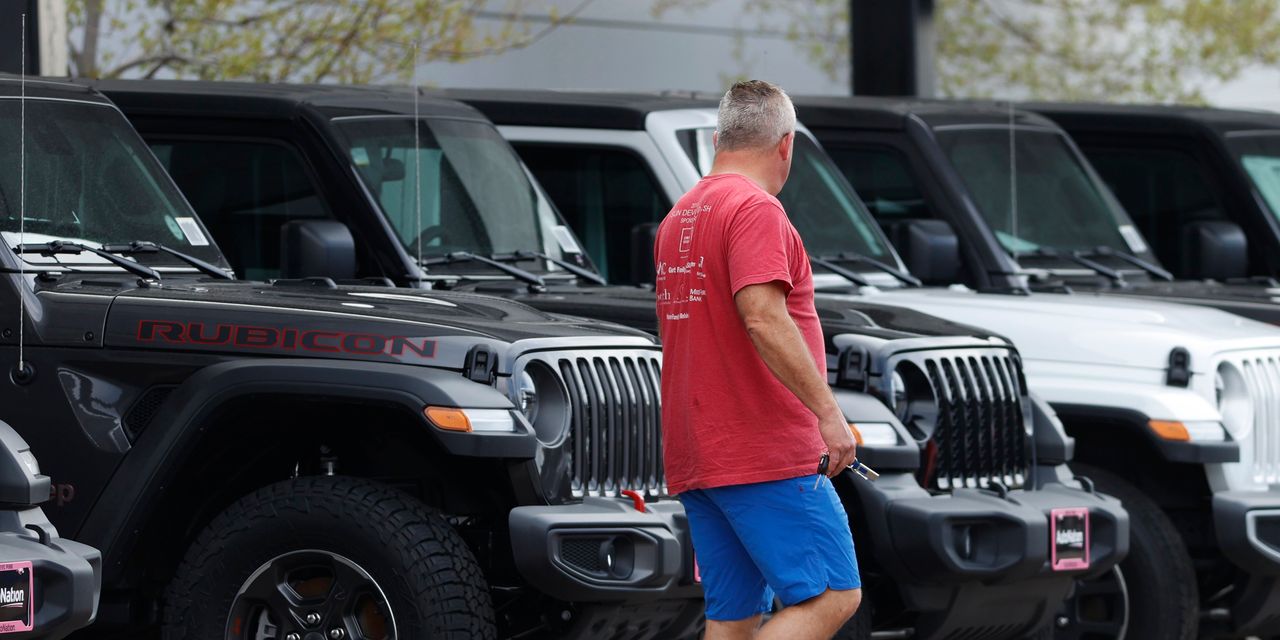 Car shoppers hoping for Labor Day bargains may be in for a big surprise: This year, it seems, everything doesn’t have to go.

Dealers this year are unlikely to offer the kind of blowout discounts typical of the holiday weekend, when they often seek to clear out older inventory to make way for the incoming model year, analysts and dealers say.

Overall automobile sales have been off sharply during the pandemic, but in a reversal of what’s happened in most slowdowns, prices have climbed to new highs, thanks to a combination of limited stock, cheap financing and low fuel prices that have consumers gravitating to bigger, more expensive trucks and SUVs.

The average new vehicle sold in August cost a record $35,420, according to research firm J.D. Power, capping a surge in prices that began before the pandemic hit the U.S. This weekend could offer some reprieve from those highs, analysts say, but without the kind of big discounts dealers typically offer.

The auto industry is following a trajectory similar to the housing market, where low interest rates and a shortage of available homes have propelled prices higher.

The automobile market is just one of many parts of the economy in which the divide between haves and have-nots appears to be starker than ever.

With the pool of potential buyers limited by the economic fallout from the ongoing health crisis, U.S. car sales have declined, down 19.8% in August, according to Motor Intelligence, and car executives say they expect sales to remain depressed for the remainder of the year.

Younger car buyers are getting priced out of the new-vehicle market as auto makers have turned away from cheaper small cars and sedans to focus on bigger, higher-margin vehicles.

“The folks that are struggling right now, it’s going to be a real challenge when they need a new car,” said Vince Sheehy, president of Sheehy Auto Stores, which has dealerships in Maryland and Virginia. “And those are customers we’re going to lose.”

But those returning to showrooms are splurging on pricier SUVs and trucks, largely benefiting the Detroit auto makers, who have long ruled these two categories, as well as other car companies like

and BMW AG, that have in more recent years expanded into bigger vehicles.

Bob Carter, Toyota Motor Corp.’s North American sales chief, said the Japanese auto maker is benefiting from the higher pricing, despite the recent drop-off in U.S. sales, and trying to produce more of the lucrative SUVs and trucks that are in high demand right now.

Luxury vehicles also have gained share since this spring, accounting for nearly 14% of all retail sales in July compared with 13.3% in March, according to J.D. Power.

Historically, when car sales have slumped, dealers and car companies have loaded on discounts to counter the trend.

But this latest downturn has been different, analysts and auto executives say.

U.S. car factories shut down this spring for a nearly two-month period to curb the spread of Covid-19, leaving dealers without a steady pipeline of new stock. Meanwhile, new-vehicle demand has bounced back stronger than expected this summer, particularly for trucks.

Auto dealerships for much of the summer have had little new inventory to sell. Those stockpiles decreased by more than a million vehicles at the end of July, compared with the same time last year, according to Wards Intelligence. Used vehicle inventory has also dwindled, driving up the prices of these normally cheaper alternatives.

“We’ve just been amazed at how resilient the market has been,” said Michelle Krebs, an analyst for Cox Automotive. Still, she says, there are people who just can’t afford to shop for a car right now.

How has the pandemic affected your plans to buy a car? Join the conversation below.

“The people who have money have plenty of it, and they are spending it on expensive vehicles. The low end—that’s where the job losses are.”

Lower interest rates helped drop the average APR paid by a new-vehicle buyer in July by a full percentage point compared with the same month a year ago, according to data provided by Edmunds.com, to 4.5%.

For customers having to make emergency purchases, like Dana Pluck, whose 13-year-old Mazda broke down in June, the new car lot can be daunting. The 51-year-old San Francisco resident says a lack of deals and negotiating power led her to pay more than she expected.

Ms. Pluck landed on a 2020 Mazda CX9 when she found out the loan would have no interest, and no down-payment was required. She financed $35,900 over about five years to purchase the SUV, and used her $2,500 trade-in credit for her old CX9 as a down payment. That still leaves her with a $570 monthly payment.

“It’s not like I got a very fancy luxury car. I got what fit my needs,” Ms. Pluck said. “But I took on a higher payment than I’m comfortable with.”

GM/Honda alliance is just the beginning of auto consolidation