Gavin NewsomEPA head questions connection of climate change to natural disasters Trump dismisses climate change role in fires, says Newsom needs to manage forest better Evacuations ordered in California desert communities as wildfires burn MORE (D) seeks to phase out the use of gas-powered cars in the state by only allowing the sale of zero-emissions passenger cars and trucks by 2035.

The executive order also aims to require medium- and heavy-duty vehicles in the state to be zero-emissions by 2045.

The executive order comes as the state deals with another terrible season of wildfires that has taken dozens of lives, destroyed property and left California with sickening air quality. Climate change is seen as a huge factor in the fires.

“When we are looking to achieve our audacious goals to get to a 100 percent carbon-free economy by 2045, we can’t get there unless we accelerate our efforts in the transportation sector,” Newsom told reporters on Wednesday.

The governor argued that this would help the state’s economy, citing the fact that electric vehicles are some of the state’s largest exports and arguing that expanding this industry would create jobs.

He praised some automakers but said that others were not on board with California’s plans.

“I want to thank in particular a number of manufacturers, automobile, that get it and are starting to get it done,” he said, specifically praising Ford, Volvo, BMW and Honda. He added that others are “pushing back against California’s leadership” but did not name specific companies.

Newsom’s executive order also includes a provision to no longer issue new permits for oil and gas fracking by 2024.

“We will be directing and working…on a legislative strategy to begin the phaseout formally of fracking,” he said, saying that this would occur in the new legislative session beginning in January.

California has consistently been at the forefront of efforts to limit emissions from vehicles. The state recently finalized deals with several automakers under which they would produce vehicle fleets averaging 51 miles per gallon by 2026 even though the Trump administration is only requiring them to produce fleets averaging 40 mpg by 2026.

The state has had several legal clashes with the administration over environmental regulations pertaining to vehicles including suing over the Trump fuel economy standards and being sued over its program allowing it to cap carbon emissions from the transportation sector.

Nationally, the transportation sector was the largest source of greenhouse gas emissions as of 2018. 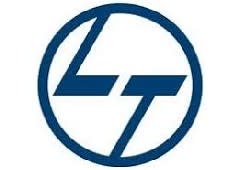 Nissan Z attempts to generate buzz for a damaged brand