Last week, third-quarter U.S. auto sales figures of various auto biggies were released. While sales of most firms declined year over year, the metric improved from the prior quarter. Importantly, the recovery gained traction especially in September, as sales rebounded from coronavirus-led lows and even grew year over year. (Does Q3 U.S. Auto Sales Signal Green Shoots of Recovery?)

On the news front, after making some big announcements at its Battery Day, Tesla entered into a five-year binding sales agreement with Piedmont Lithium, an Australia-based mining company.The long-term deal with Piedmont to procure an intermediate product for manufacturing batteries is in sync with Tesla’s vision of in-house production of batteries.

Ford F issued three safety recalls in North America. The first recall concerns more than 700,000 vehicles over faulty rearview cameras. The recall covers most 2020 models of Ford F-150, Escape, Explorer, Mustang, Expedition, Ranger, Edge and Super Duty pickups.The second recall concerns more than 40,000 select Ford Mustang vehicles to fix a defect that could result in fracturing of the brake-pedal bracket. The third recall is for select 2019 Ford F-Series Super Duty vehicles to fix the front axles that may feature a poor weld job, which can negatively impact vehicle control and increase the chances of crash.Meanwhile, Ford has slashed the price of the upcoming all-electric Mustang Mach-E SUV by as much as $3,000 in a bid to stay competitive in the overcrowded e-mobility space. (Ford Recalls More Than 700K Vehicles, Cuts Mustang Mach-E Price)

Volkswagen’s VWAGY vehicle deliveries were adversely affected by COVID-19-led sluggish demand. During the January-August 2020 period, sales of commercial vehicles and volume brands witnessed a greater decline than premium segments. Region wise, Volkswagen’s sales in China witnessed the smallest decrease in deliveries during the first eight months of 2020. Contrarily, sales in west Europe fell sharply by more than 30% year over year during the same time frame.Volkswagen expects overall orders and deliveries for September to be higher year over year. On a further encouraging note, it expects the upward trend to continue for the rest of the year.Notably, the company plans to invest 15 billion euros by 2024-end to increase electrification efforts in China. (A Look at Volkswagen’s Delivery Updates and Investment Plans)

Lithia Motors LAD released strong preliminary third-quarter 2020 results and expects net income per share in the range of $6.10-$6.40 for the quarter under discussion. This indicates an increase of 68-76% from the year-ago period’s $3.64 per share.The top line for the third quarter is expected to increase in the mid- to high- single-digit range. Revenues in the year-ago quarter were $3.3 billion. The company witnessed a sequential increase in same-store sales across all business lines during the third quarter. Moreover, same-store gross profit margins remained flat to higher than the second quarter’s stellar levels. (Lithia Motors’ Q3 Preliminary Numbers Look Impressive)

Nikola Corporation NKLA issued a statement underlining key elements of the company’s strategy and production targets that are helping it achieve the goal of becoming a global leader in green transportation.This Arizona-based trucking giant is encouragingly focused on the establishment of hydrogen fueling stations in order to advance hydrogen fuel-cell based transportation.Nikola is on track with the 1-million-square-foot plant development in Coolidge, AZ.The firm is optimistic about commencing production and sale of Nikola Tre by fourth-quarter 2021. (Nikola Redesigns Strategy to Achieve Targets, Shares Rebound) 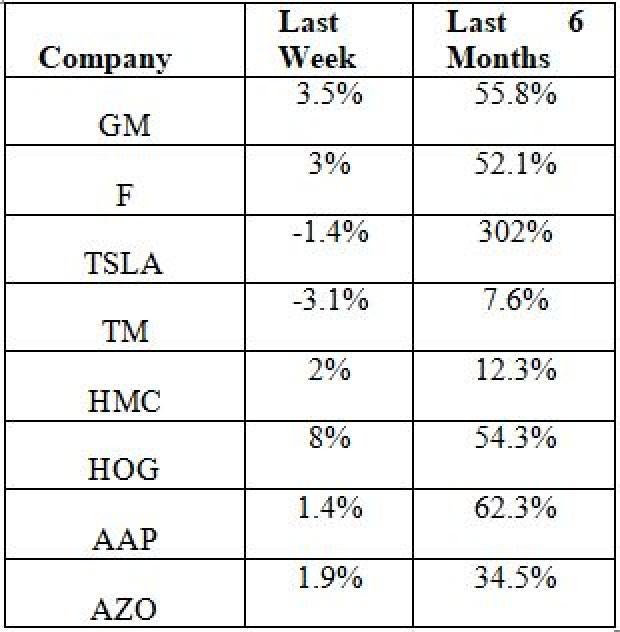 Each was hand-picked by a Zacks expert as the #1 favorite stock to gain +100% or more in 2020. Each comes from a different sector and has unique qualities and catalysts that could fuel exceptional growth.

Most of the stocks in this report are flying under Wall Street radar, which provides a great opportunity to get in on the ground floor.