Amid coronavirus-induced low demand, U.S. vehicle sales took yet another hit in August. Almost all major automakers that continue to report on a monthly basis witnessed a year-over-year sales decline. Sales of Japan-based auto giants such as Toyota and Honda witnessed a 22.7% and 21.9% year-over-year plunge, respectively. Mazda and Subaru sales were down 5.1% and 17.4%, respectively. U.S. sales for South Korean automaker Hyundai slid 8% from the prior-year quarter. Reportedly, transaction prices for August declined from July but rose 3.9% from the year-ago level.

Amid headwinds surrounding the auto industry, many companies including Ford F and Continental AG are deepening job cuts. Germany-based auto supplier Continental AG intends to retrench as much as 13% of its workforce to reduce costs by at least 1 billion euros a year. The restructuring is likely to impact more than 30,000 jobs directly on a worldwide basis, with nearly 13,000 in Germany itself.

According to reports, Ford is set to terminate 1,400 salaried employees in the United States by the end of this year through a voluntary buyout program. The decision of shrinking the workforce reflects the company’s efforts to reduce costs as part of the five-year, $11-billion global restructuring program announced by CEO Jim Hackett two years ago.

1. Honda Motor HMC and General Motors GM signed a non-binding memorandum of understanding for establishing a strategic alliance in North America. With the proposed agreement, the companies aim to collaborate and create a range of cars to be sold under their respective brand names, as well as achieve synergies in purchase, R&D costs and other connected services.The companies will share common vehicle platforms with both electrified and internal-combustion engines that are in sync with the vehicle platform for a variety of core segments in North America.The proposed alliance will result in a reduction of purchasing costs as the companies will focus on joint sourcing of materials, logistics and localization strategies.

2. Tesla TSLA announced its intention to raise up to $5 billion via share offering, capitalizing on the recent 5-for-1 stock split, which has made its shares more affordable for individual investors. Per a SEC filing, the red-hot electric vehicle maker will sell shares ‘from time to time’ and ‘at the market’ prices through an agreement with several banks. The company aims to use the proceeds to solidify financials and for other general corporate purposes.

3. Lithia Motors LAD announced the purchase of the remaining six John Eagle Dealerships located in Houston, TX. This acquisition adds $600 million to the company’s revenues by expanding its network.The recent purchase is in addition to the four John Eagle dealerships acquired by the company on Aug 3, 2020. The acquisitions are likely to bolster Lithia’s presence in the South-Central region and expand its network in four of the top five metropolitan markets in the United States.

4. Copart, Inc. CPRT reported fourth-quarter fiscal 2020 (ended Jul 31, 2020) adjusted earnings per share of 69 cents, which surpassed the Zacks Consensus Estimate of 39 cents.The bottom line also increased around 8% year over year.Total revenues came in at $525.7 million, topping the Zacks Consensus Estimate of $420 million. However, the top line declined 3.1% year over year. The online auto auction leader had cash and cash equivalents of $477.7 million as of Jul 31, 2020. Long-term debt and financial lease obligations were $397 million.

5. Westport Fuel Systems Inc. WPRT recently procured a long-term contract entailing the supply of key electronic control units to a leading Tier One automotive supplier. This agreement encompasses the supply of electric control units over a span of seven years, with estimated revenues of $58 million. This new contract confirms the competitiveness of the company’s electronics product offerings and manufacturing capabilities. Westport Fuel Systems will manufacture and supply electronic control units from the first quarter of 2021. 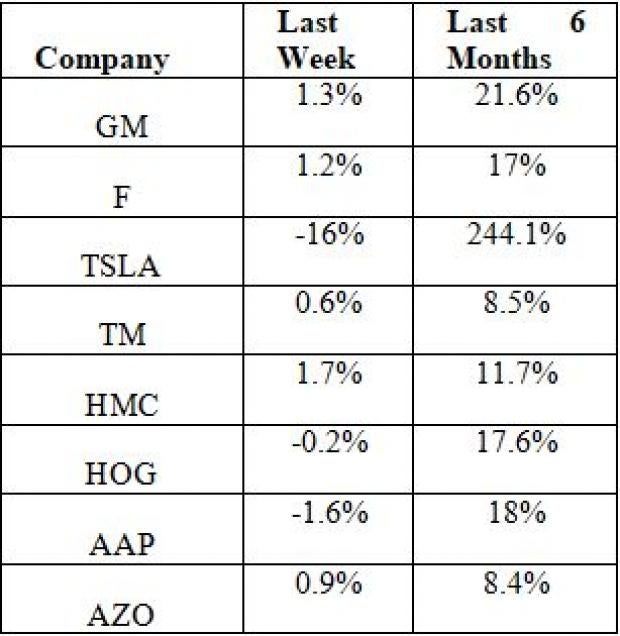 Experts extracted 7 stocks from the list of 220 Zacks Rank #1 Strong Buys that has beaten the market more than 2X over with a stunning average gain of +24.3% per year.

These 7 were selected because of their superior potential for immediate breakout.