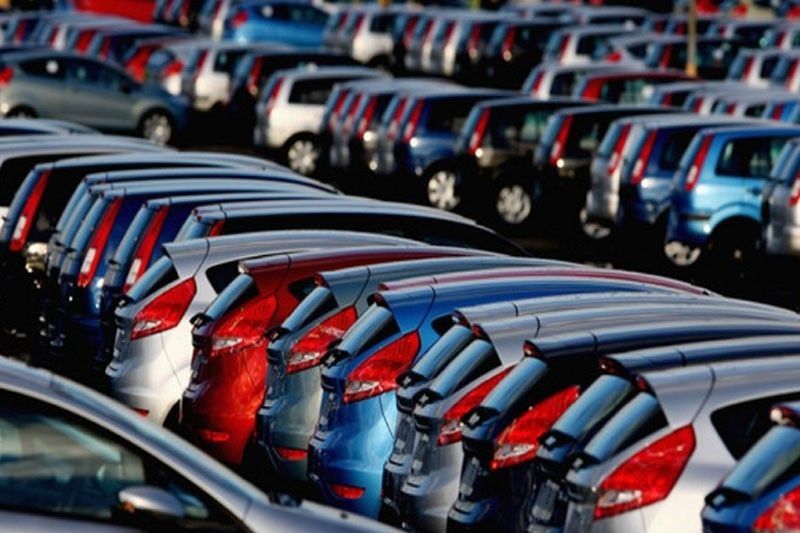 MANILA, Philippines — Manufacturers sold the most number of automobiles in September during the pandemic, expecting sales to further pick up as more people go out and learn to live with the coronavirus.

Car and truck sales rose 37% from previous month to 24,523 units last month, a joint report from the Chamber of Automotive Manufacturers of the Philippines Inc. (CAMPI) and Truck Manufacturers Association showed on Monday.

While year-on-year sales remained down 22.9%, the industry chose to look into the bright side of month-on-month growth, which started in May and was only disrupted in August when Metro Manila and neighboring areas were reverted back to stricter lockdowns for 15 days.

“Demands for new cars posted double-digits growth on all vehicle categories except trucks and buses,” Rommel Gutierrez, CAMPI president, said in a statement.

“But we are still cautious that consumer spending is below pre-pandemic levels due to the evident shifts to essential goods and services,” he added. 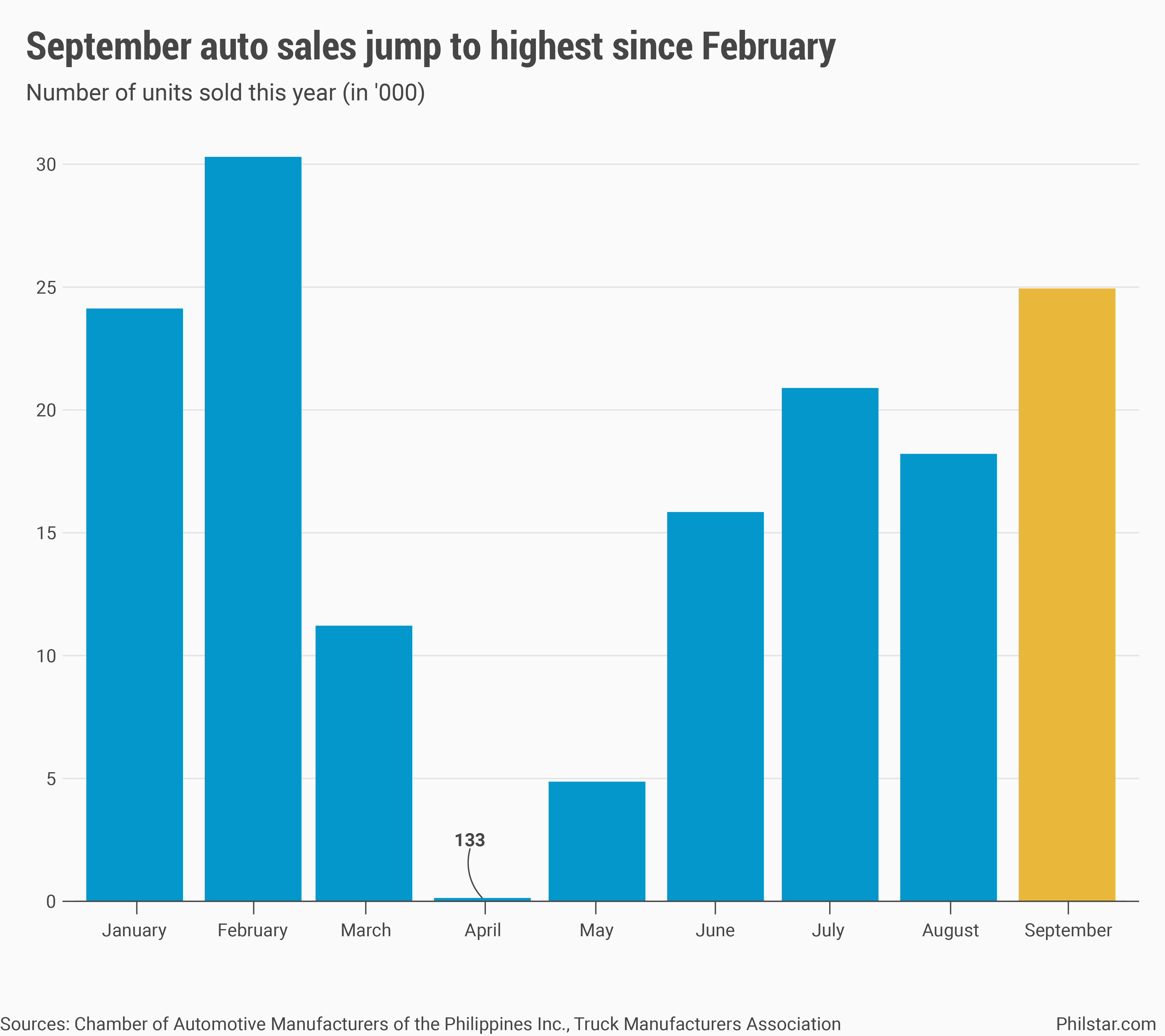 A rebound in auto sales, albeit slowly manifesting, would be signal that consumption is slowly turning a corner towards big-ticket durable goods after getting concentrated in essentials in recent months. This, in turn, is good news to the economy which is 70% made up of consumption and just entered recession in second quarter.

That said, this year has remained on track to become only the third year that auto sales declined in the past decade. Year-on-year drop in sales were recorded in 2011 and 2018. Record-high sales were posted in 2017 at 425,673 units.

For the first 9 months, local cars and trucks sold reached 148,012 units, down 44.6% from year-ago levels. CAMPI expects to cap the year with sales dropping between 20-40% from last year.

“CAMPI remains optimistic that the automotive sector will recover until the end of the year amid the new normal environment…,” Gutierrez said.

Broken down by type of vehicle, commercial cars accounted for the bulk of sales at 65.11% and 70.2% of total in September and the first nine months, respectively. While down 27.7% annually last month, this type of cars rose a faster 28.2% month-on-month.

Passenger cars, meanwhile, dipped 12% from previous year to 8,556 units last month, although September sales surged 56.9% from August. Since the start of the year, passenger vehicles sold 44,079 units, down 45.1% and cornering 29.8% of the market.

Among big sellers smaller Asian utility vehicles were last with 2,672 units sold, up 32.3% month-on-month but down a fifth from same period a year ago. Figures showed 19,502 AUVs had been sold from January to September, down 26% year-on-year.