The months-long pain for Pakistan’s automobile sector eased somewhat with an increase of 16% in year-on-year car sales, which were recorded at 11,678 units in August 2020 as compared to 10,102 units in the corresponding period of previous year, according to the Pakistan Automotive Manufacturers Association (PAMA).

The reversal of trend came on the back of lower interest rates coupled with a recovery in economic activity. 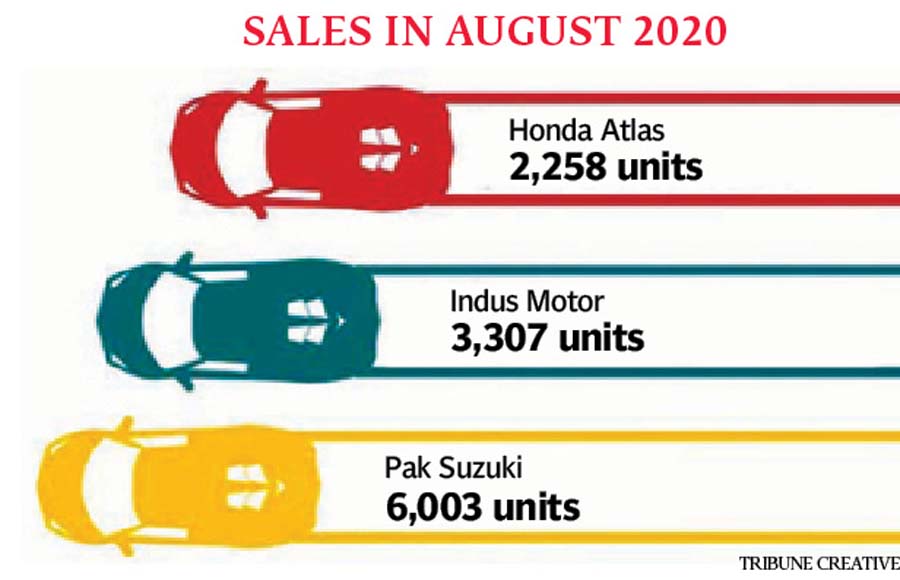 “Kia Lucky Motors (which is not a member of PAMA) continued to perform well,” he said. “As per our channel checks, the company recorded sales of 1,500 units in August 2020.”

The analyst pointed out that the company was planning to switch production to double shift from January 2021 to meet higher customer demand.

Honda Atlas Cars recorded the highest increase in sales volume on a year-on-year basis with a 72% rise to 2,258 units. The company managed to sell 1,314 units in the same month of last year.

On a month-on-month basis, all three major carmakers showed a modest performance as car sales crawled up only 1%. Talking about company-wise growth, Akram said Pak Suzuki Motor reported the highest increase of 20% in sales on a month-on-month basis while sales of Indus Motor and Honda Atlas dropped 18% and 8% respectively.

“We expect demand for cars to grow stronger as lower interest rates for auto financing along with recovery in economic activity amidst declining cases of Covid-19 have revived demand for new cars,” he said.