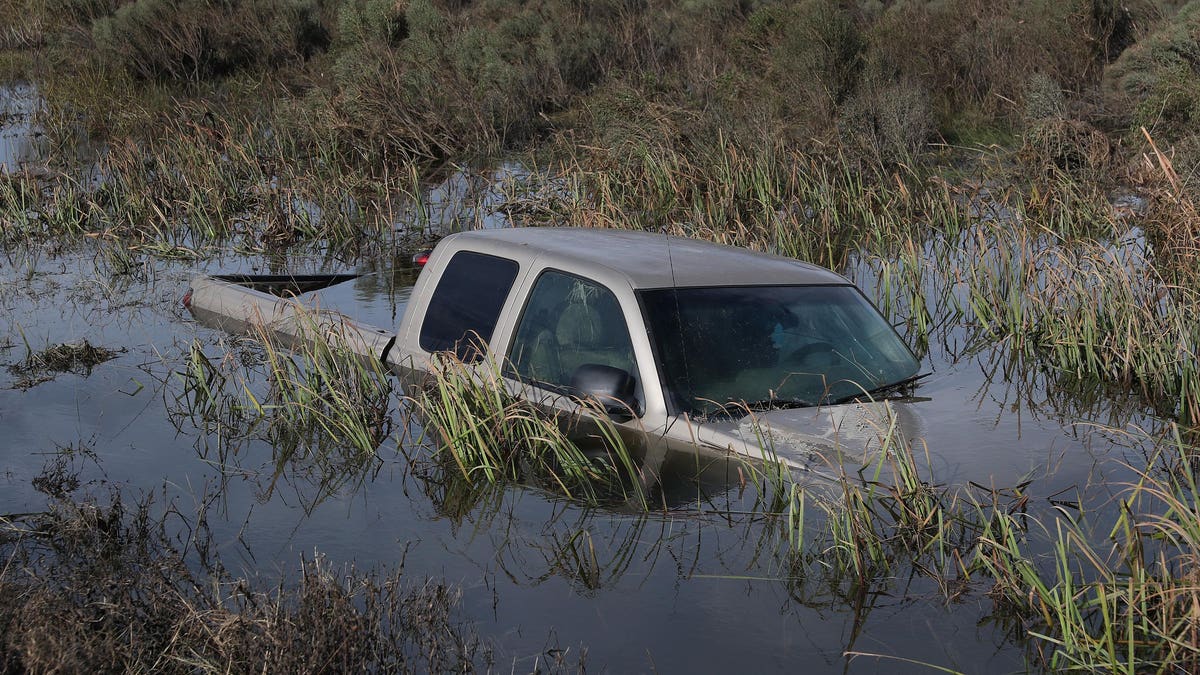 Though we’re only at the mid-point of hurricane season, it’s certainly been one for the record books thus far. Hurricane Laura alone was reportedly responsible for $10-$12 billion in damage last month within Louisiana and Texas, with at least 30 lives lost. As is unfortunately the case following major storms, as many as 5,000 flood-damaged vehicles are expected to find their way back onto the road or onto dealers’ lots in Laura’s wake. And that’s on top of the nearly 447,000 waterlogged and reconditioned vehicles estimated to already be on the road, according to the vehicle title-search company, Carfax.

With used vehicles currently being in short supply and in great demand, consumers need to be especially vigilant to avoid being scammed in the weeks and months ahead. “It’s important for all car shoppers to do their homework because these flood-damaged cars surface in every corner of the country,” warns Carfax’s general manager of data Faisal Hasan. “Con men can quickly clean up these cars up, move them and then resell them. Once a car has been waterlogged, it will never be the same. These cars literally rot from the inside out, and the mechanical, electrical or safety systems can fail at any time.”

Flooded cars and trucks are legally bound to have their titles labeled as being salvaged. They’re typically sold at auction to auto graveyards and vehicle rebuilders for whatever components can still be repurposed. Unfortunately, however, many of them wind up being reconditioned to some degree and wind up on dealers’ lots or are sold by their owners. Some will carry titles that are clearly marked as having been “rebuilt,” while others will be sold with illegally altered documentation. And still more that were either not insured or weren’t damaged enough to be declared as total wrecks will be spiffed up and offered with otherwise clear titles.

Texas can lay claim to having the most flooded cars in the nation with 98,000 pre-soaked rides on the road, followed by Florida (31,300), Kentucky (26,400), Pennsylvania (23,400), and North Carolina (19,300). The top U.S. cities with the most water-damaged vehicles, as reported by their respective Departments of Motor Vehicles, include Houston, New York City, Philadelphia, Miami-Ft. Lauderdale, Dallas-Ft. Worth, and Chicago.

For its part, Carfax is offering consumers access to a national map that shows where flood-damaged vehicles are surfacing at carfax.com/flood.

In addition to the obvious damage done to upholstery and carpeting, floodwater is a corrosive and abrasive mixture of water and dirt (and sometimes salt) that works its way virtually everywhere within a vehicle. It can particularly hard on electronics, lubricants, and mechanical systems. A thorough cleaning and reconditioning would be both extensive and expensive and would probably not be worth the money and/or effort.

How can you tell if a given model has sustained water damage? Aside from taking any used vehicle you’re considering to a trusted mechanic to have it thoroughly checked out, you’ll have to use your eyes, and especially your nose. Here’s a checklist of what to look for:

It’s always prudent to run a model’s vehicle identification number (VIN) through a title-search service to determine if it’s been reported as being flooded or salvaged. Such reports will also give you an idea of how well the car was maintained, how many times its changed hands, whether it’s been in an accident, and if there are any safety-related recalls that have yet to be addressed.

If you suspect a vehicle you’re considering has incurred water damage, walk away from the deal. Though it may look fine and run well, a previously submerged car could literally be rusting away from the inside. Plus, it may take weeks or months for some flood-caused problems to surface. A good deal now could cost you a big wad of cash down the road to have unexpected and extensive repairs performed.