As an election that many call pivotal for climate action grows nearer, a group of Arizona lawmakers denounced the Trump administration’s rollback of the U.S. clean car standards at a virtual news conference hosted by the Sierra Club on Tuesday.

The rollback, which was finalized in March, requires automakers to increase the fuel efficiency of passenger cars by 1.5% each year, a far less demanding requirement than the standards set by the Obama administration, which mandated a 5% annual increase in fuel economy.

The rollback also prevents states from setting more aggressive fuel economy standards. California, which has a waiver under the Clean Air Act to adopt its own more stringent clean car standards, is leading a multistate lawsuit against the rollback.

If the rollback stands, the Environmental Protection Agency’s revocation of California’s waiver will also affect 14 states and the District of Columbia, which have adopted California’s stronger restrictions on pollution from cars.

The Sierra Club and other environmental groups have also filed lawsuits. The fight may make its way to the Supreme Court.

“I’ve seen firsthand the results of government inaction both at the state level, but especially in the past four years at the federal level and how it results in mass disparities, especially among communities of color,” said state Rep. Athena Salman, D-Tempe, at the press conference.

Salman represents north Tempe, west Mesa, the Salt River Pima-Maricopa Indian Community and south Phoenix. She talked about how her constituents deal with worsening air quality and hotter neighborhoods than other parts of the city.

Bordered by freeways, south Phoenix has some of the worst air quality in the Phoenix metro area. Some neighborhoods in south Phoenix can be up to 13 degrees hotter than areas with more trees and vegetation just two miles away.

Throughout Arizona, vehicles are the biggest contributors to the pollutants that make up ozone. High levels of traffic combined with desert sunshine create ozone, which is part of the reason why Phoenix has some of the highest ozone levels in the country.

Ozone and other air pollution is particularly dangerous for children and the elderly, exacerbating lung diseases like asthma and COPD. Recent research also shows that low levels of ozone exposure can be hazardous for anyone spending time outdoors.

The transportation sector is also the largest source of carbon emissions in the nation. Human-driven fossil fuel emissions are making the planet hotter and contributing to more extreme weather events throughout the country, an effect that Arizonans and much of the West have felt acutely this summer.

This year was Arizona’s hottest summer on record. Some of the largest wildfires in history continue to scorch the West, fueled by climate change.

“This rollback is nothing more than a thinly veiled attack on state authority,” said Rep. Mitzi Epstein, D-Phoenix, who also spoke at the virtual news conference. “The U.S. clean car standards are the best tools we have on the books to combat climate change, and it makes no sense for the EPA to proceed with this rollback in the middle of a public health emergency that preys on those with weakened respiratory function.”

There are also economic benefits. Since implementation of the Obama-era standards, drivers across the U.S. have saved more than $113 billion, with Arizona residents saving $680 million to date.

In 2008, Arizona adopted the stricter California clean car standards. At the time, Arizona’s rapid population growth and increased vehicle use had made the transportation sector contribute to nearly 40% of the state’s total emissions.

But when Gov. Jan Brewer took office, she signed an order that blocked the state from adopting the California standards in 2012. The state has relied on federal standards since.

CLIMATE POLICY:How Arizona went from hero to zero in 15 years

“One national standard provides much-needed regulatory certainty for the automotive industry and sets the stage for the Trump administration’s final rule that will save lives and promote economic growth by reducing the price of new vehicles to help more Americans purchase newer, cleaner, and safer cars and trucks,” Wheeler said in a news release.

In its own analysis of the new rule, the EPA found that the rollback could lead to an additional 444 to 1,000 premature deaths from increased air pollution.

“There is no silver bullet to stopping our air pollution or solving the climate crisis,” said Sandy Bahr, Sierra Club Grand Canyon Chapter Director. She called Obama-era fuel efficiency standards a “win-win-win for our air, for our health, and for our economy.”

Will Humble, executive director of Arizona Public Health Association, a membership organization for public health professionals and organizations, emphasized the irony that the rollback not only lowers emissions-improving standards, but also hinders states’ abilities to take their own action.

“It’s just puzzling when I see something that’s working, that’s achievable, that even the auto manufacturers believe was in their own best interest, along with the fact that many people who support this rollback are also people who claim to be interested in state’s rights,” Humble said at the press conference.

The speakers urged the public to make their voices heard by voting and contacting their congressional representatives.

“If you’re following what’s happening, register to vote in the November election,” Humble said. “And make sure your voices are heard at the federal level by having a conversation with Senators Sinema and McSally to make sure they know you care about reducing carbon emissions, that you care about air quality within Arizona neighborhoods, and that you care about  rights that states have to set more aggressive standards within their states.”

Erin Stone covers the environment for The Arizona Republic and azcentral.com. Send her story tips and ideas at [email protected] and follow her on Twitter @Erstone7. 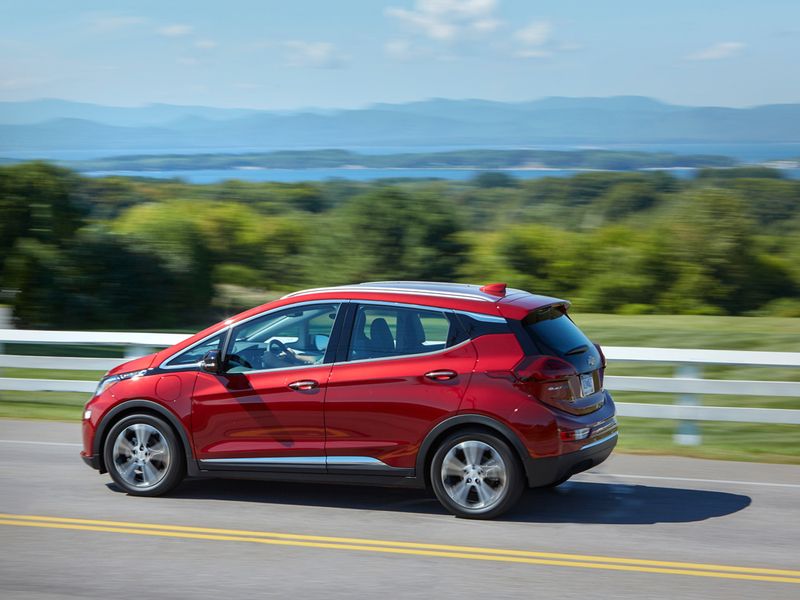 Why the Chevy Bolt EV is getting scrutiny from U.S. safety regulators