Warren Buffett is arguably the greatest investor of our time. And when his company, Berkshire Hathaway, puts its stamp of approval on a stock, knowing why can help inform your investing strategy. Here are two of the most popular stocks on the Robinhood trading platform that are backed by the Oracle of Omaha.

The first company is Sirius XM (NASDAQ:SIRI), a satellite radio operator with a resilient business model and strong cash flows. The second is Coca-Cola (NYSE:KO), a nearly ubiquitous soft-drink giant trading at a yummy discount due to impacts from the coronavirus pandemic.

Both companies have strong competitive moats and look poised for bull runs. 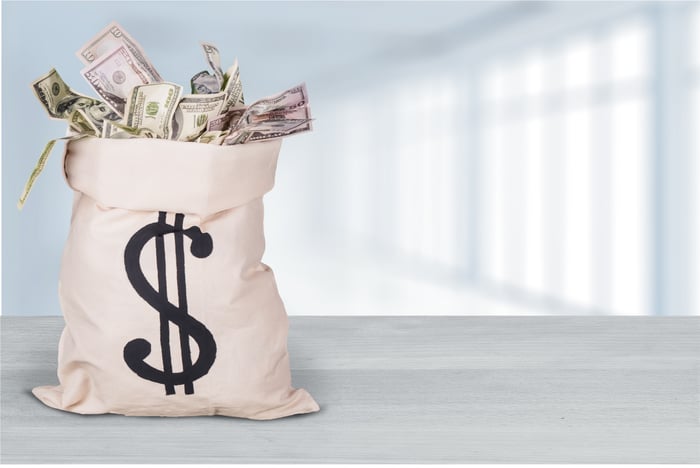 If you have been in a new car recently, you probably have experience with Sirius XM’s products. The company develops and markets automobile satellite radio systems and enjoys a new-car penetration rate of 77% — giving it a virtual monopoly over the industry. Sirius XM fits perfectly into Warren Buffett’s investment strategy because of its rock-solid competitive moat and reliable cash flow. He first established his position in the company in 2016 and has been tweaking his stake in the past few years with additional investments in the Liberty SiriusXM tracking stocks as well.

Sirius XM’s business model has two main revenue streams: subscriber revenue (the fees consumers pay for access to the satellite radio service) and advertising revenue (generated by ads run through the the platform). Subscriptions represented 84% of second-quarter revenue, making the company more recession-resistant than it would be if it relied on advertising alone. Companies often slash their advertising budgets during tough economic times, making the industry highly cyclical. But on the other hand, consumers with recurring subscriptions are more likely to stick with the service, be locked into a longer-term deal, or forget they even have it.

Reflecting this stability, the company reported a quarterly churn rate of just 1.6% in the second quarter, its lowest level in over a decade.

As with most Buffett-favored companies, Sirius XM generates substantial cash too. The company delivered $851 million of free cash flow in the first half of 2020, which has allowed management to resume returning capital to shareholders. The stock yields 0.9% as of this writing, and the company has authorized billions in share repurchases, which will boost earnings per share long term.

2. Coca-Cola: Bouncing back from coronavirus

Berkshire Hathaway made its first investment in Coca-Cola back in 1988, and its stake in the beverage giant is now worth nearly $20 billion, making it Buffett’s third-largest holding. While Coca-Cola has long been a quintessential value stock (steady growth with low multiples), the company has fallen deeper into discount territory because of the coronavirus pandemic, which dramatically reduced foot traffic to bars and restaurants where its products are sold.

Management expects the global economy to normalize in two to three years, but they aim to bring sales back to pre-pandemic levels ahead of the broader recovery. To achieve their goals, management is doubling down on the Beverages for Life initiative, which will see the company upgrade its portfolio to focus on strong global brands and scalable local ones.

The company will transition toward a quality over quantity model by exiting what it calls “zombie” brands with limited market opportunity. Coca Cola is also making a major push into the $500 billion hot beverage industry. In 2019, the company closed its $5 billion acquisition of Costa Limited, giving it an avenue to create a competitive global coffee business and compete in the fast growing ready-to-drink category.

The pandemic has also been an opportunity for Coca-Cola to invest in its fast-growing online distribution channels. In the second quarter, the company added over 8,000 outlets to its myCoke digitized ordering platform in the U.S. And in Latin America, the company is experimenting with a direct-to-consumer platform called Coca-Cola en tu Hogar, which offers next-day delivery with over one million households already signed up. Overall, the company has turned the coronavirus crisis into an opportunity to update its business model, and this is good news for investors.

Warren Buffett has become the most successful investor of all time because of his focus on value and strong competitive moats — things that can make a stock outperform long term. Sirius XM and Coca-Cola both enjoy dominant positions in their market with attractive valuations compared to their growth potential, making them compelling investment options in this uncertain environment.