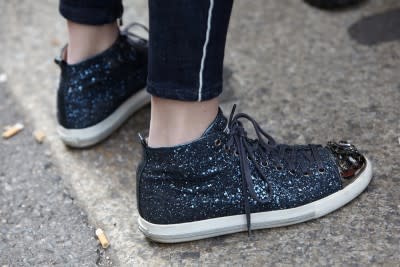 Under Armour’s key advantage is its brand. It can be difficult to distinguish between an enduring brand or a trendy fad. Brands are a promise built over many years and interactions between a company’s product/service and its customers. With brands, there is customer captivity within the search costs of not knowing if a non-branded product will be of similar quality to something you are familiar with. What is the value to a consumer in drinking Coca Cola or using Crest toothpaste versus a private label alternative?

A brand in and of itself is not necessarily a competitive advantage. For example, Mercedes Benz is one of the most admired and respected auto brands in the world. Its brand has been a status symbol for quality and success; however, the brand has not translated into significant profitability for the company throughout the years. It is the barriers to entry that determines whether an advantage truly exists and therefore provides a company with above average economic returns.

U.S. luxury auto manufacturers did not always earn lackluster returns. Before foreign luxury cars entered the U.S. in the 1970s and 1980s, Cadillac and Lincoln had attractive returns on invested capital. These high returns attracted Mercedes and BMW to enter the market, later followed by Lexus, Acura, and others. While the prices on these luxury cars remained at a premium price point, total U.S. auto demand remained stable while the market became more fragmented among the many luxury auto manufacturers. Unit sales declined for Cadillac and Lincoln and were then shared among several other competitors. The companies still had to spend heavily on product development, advertising, and its service networks but the fixed costs were spread across fewer sold cars, therefore increasing fixed cost and lowering net profits per car sold.

Alternatively, the larger sports apparel companies such as Nike, Adidas, Anta (Fila), Columbia Sportswear, and Under Armour until recently, have all consistently earned very attractive returns on capital. Each of these companies sells its products around the world and to a similar target market.

If the returns are so attractive, why don’t new competitors enter the market, undercut on price, steal share, and inevitably push returns down to just average? The answer is barriers to entry, a large and growing end-market, and the primary competitors each trying to sell high quality, premium priced products.

While economies of scale will make it difficult for many new sporting apparel companies to pop up, it is true Nike and Adidas, being a respective 7x and 5x Under Armour’s sales, have a relative advantage. Nike and Adidas’ size gives them wider brand recognition, relationships and negotiating power with suppliers and distribution channels, and marketing and sponsorship deals with top athletes. Despite Nike and Adidas’ favorable unit economics, Under Armour was able to prosper and become the fastest athletic apparel brand to reach $500 million and then $1 billion in sales, initially growing in its niche Football market and expanding from there.

Beyond the barriers for new entrants, the major existing players have another advantage, they are all focused on providing premium, high quality products. This helps all three earn attractive economics. Let’s say there was a Nike, an Adidas, and an Under Armour jacket on sale for $100 each. A competitive market would expect one company to discount itsjacket to $80 to take market share, sell more jackets, and make more profits. Subsequently the other companies would lower their prices as well until the price reaches a point that profits become unattractive.

While this is what is to be expected in a competitive environment, if each of the three companies were determined to sell high quality products at premium price points and the market demand was large enough to support all three companies, each could earn attractive returns.

The above example and investment thesis for the premium sports apparel industry assumes all three major companies want to sell premium products and won’t discount products to the point it makes them economically unattractive. This thesis was tested in 2016 when Sports Authority filed bankruptcy which impacted the entire U.S. sporting goods industry, particularly Under Armour which had 90% of sales in the U.S. at the time. Retailers were stuck with excess inventory and forced to discount and move apparel to off-price channels. Nike poured fuel on the fire when it reduced its minimum advertised price in late 2016 for the first time in its history, allowing retailers to advertise discounts by as much as 25% on its shoes and apparel during 2017.

Companies that go through some type of adversity and survive, often come out stronger on the other end. Since 2016, excess industry inventories have declined, Nike’s minimum advertised price returned to normal, and Under Armour has refocused on operational efficiencies through better segmented product, inventory management, and SKU rationalization.

While we expect each of the major sports apparel companies to fare well financially over the long-term, we think Under Armour shares look attractively priced to outperform going forward. Under Armour has the ability to compete with the big players and grow from a much smaller base as they continue to achieve greater economies of scale. Once its cost structure is optimized and margins return to historic levels, we expect earnings power to reaccelerate.” ‘Room For Disappointment’: Stock Market Update For The Week Ahead