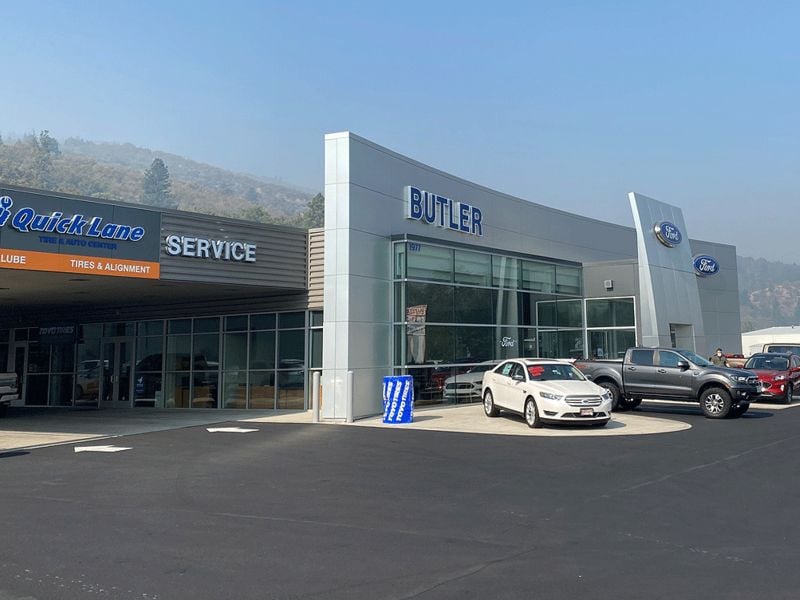 Auto dealers across Oregon evacuated and temporarily closed due to wildfires that started earlier this week along the West Coast.

According to The Weather Channel California has at least 24 fires burning, Oregon has 14 and Washington has 12.

Some dealerships near Medford, Ore., were under evacuation orders on Wednesday. Lithia Toyota of Medford on Wednesday posted this message, “The health and safety of our staff, customers, and community is our top priority. Medford Toyota is closed today due to wildfires in the area.” The dealership reopened on Thursday.

In Ashland, Ore., Butler Ford and Butler Acura also evacuated and closed due to the fires.

“We evacuated our stores Tuesday at 11:30 a.m. And it was an instant evacuation,” Curtis Hancock, director of fixed operations at Butler Automotive Group told Automotive News. “We had zero heads-up. The fire started and became what it was within a mile of our facility. So we didn’t have any thoughts of shutting down. So we have cars in the air.”

TC Chevy Ashland in Oregon evacuated on Wednesday and will remain closed through the weekend.

In a Facebook post TC Chevy Ashland said: “We understand this is an inconvenience for our customers who were having or needing to have their vehicle serviced this week and we truly are sorry for that, but our number one concern is making sure our employees and customers are safe.”

The dealership said it hopes to be reopened by Monday and will continue to update their customers via Facebook.

“Some dealers down in Ashland have had to evacuate out last night,” Greg Remensperger, executive vice president of the Oregon Automobile Dealer Association, told Automotive News.
“They were not impacted by the fire yet, but they are not able to get back into their dealerships yet. They did have enough time to move out inventory and make sure everyone was safe.”

Waymo Castle Is A Proving Ground For Self-Driving Cars

Cars over Covid: Gov gets flak