Galloway, a former assistant project manager for what was then known as the Tank-automotive Research, Development and Engineering Center, located at the Detroit Arsenal, passed away in June, 2009 after two combat deployments to Iraq and Afghanistan.

During the ceremony, Vasquez, one of the two keynote speakers for the outdoor event, said, “We work to support every Soldier and we share the pain of loss when one of our country’s sons or daughters is lost to enemy action. We know too well that freedom isn’t free. Today we honor those who have paid for our freedoms with their sacrifices. We honor our fallen warriors, and we honor our Gold Star Families who have endured tragic loss.”

The Gold Star Families monument committee raised more than $37,000 in donations during the event toward the total cost of monument construction on public grounds near the Clinton Township Administration complex. Construction of the monument is anticipated to be completed in later 2021.

This work, Tank-automotive and Armaments Command leader addresses, meets Gold Star families, by Randy Tisor, identified by DVIDS, must comply with the restrictions shown on https://www.dvidshub.net/about/copyright. 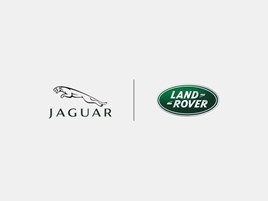