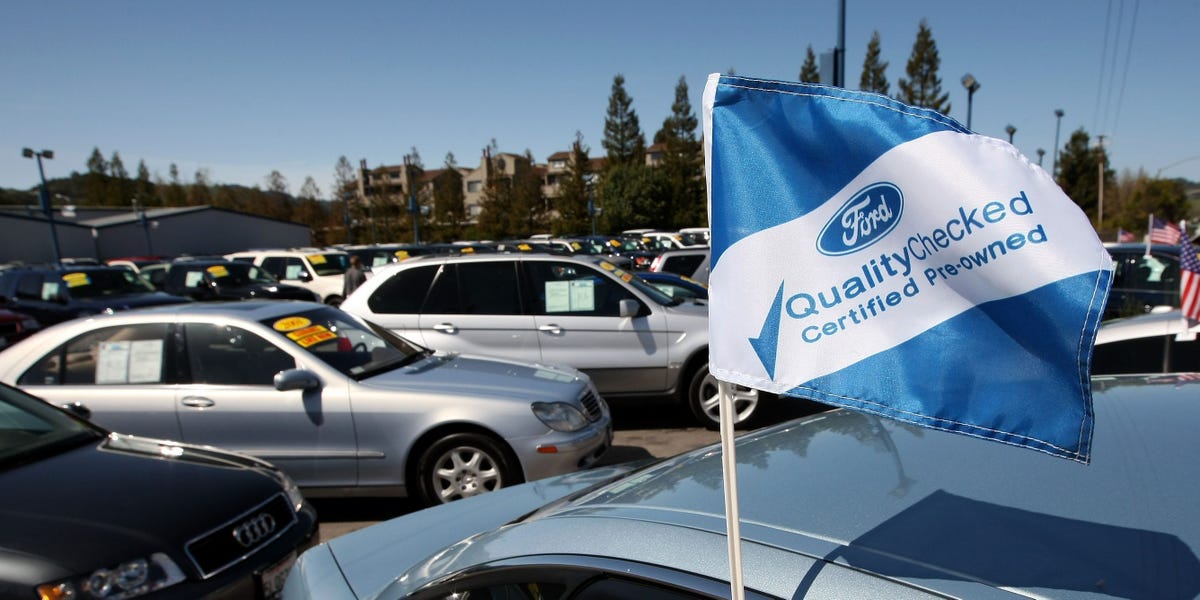 When it was time for Dan Prescott to replace his increasingly unreliable old jalopy, he figured he could scrape together enough money to buy a base-model Toyota Camry. But after doing a bit of homework, he said, “I realized I could have a gorgeous Mercedes coupe, instead.”

Granted, he had to accept that where the Toyota would have been brand new, his Mercedes-Benz E 350 would have 25,000 miles on it. But it was still in great condition, had undergone a thorough inspection, with service items like tires and wiper blades replaced, as needed, and, most importantly, said the San Diego-based technical writer, it carried a like-new factory warranty.

In a typical year, Americans buy anywhere from two to three times as many used cars as new, according to industry data. Prescott is just one of the millions of American motorists who, in recent years, have turned to a booming segment of used cars, the certified pre-owned (CPO) programs now offered by virtually every automaker.

CPO sales hit a record 2.8 million vehicles in 2019, nearly double the volume at the beginning of the decade, according to Cox Automotive, one of the country’s largest auto auction and tracking services. Prior to the coronavirus pandemic, which has slammed overall US car sales, Cox analysts saw the certified market on track to set another all-time high in 2020.

You won’t find one at an independent used car lot. They’re only available at the appropriate franchise dealers and typically are late models in good condition with low mileage. The majority recently came off lease, meaning they likely were well maintained to avoid penalties when turned in. They’ve gone through extensive inspections and, where needed, have been brought up to virtually new-car levels. And while there are plenty of aftermarket warranties available, these products carry more inclusive factory warranties.

Like regular used cars, CPO models will be cheaper than similar new products because they’ve already taken the biggest depreciation hit. That said, they do run a little more money than a non-certified offering — Prescott spent an extra $2,000 over a regular used Mercedes. But he felt the included warranty alone was worth the difference.

Frank Startari, who works in the produce business in northern New Jersey, “usually purchased new” before discovering the CPO programs at Subaru and Mazda. Now he’s on his fourth certified vehicle and is “not likely to go back.” It was the extended warranty, on top of the savings that convinced him, said Startari.

While CPO sales may dip along with the rest of the auto market this year, such vehicles could yet capture another record share, according to industry analysts such as George Augustatis, director of economic and industry analysis at auto sales website CarGurus.

“We know that the current recession is hitting people in the lowest price buckets hardest,” he said during a recent media webinar. “These are consumers who have not fully returned to the new car market,” often because of strained household finances. For them, the lower price of a CPO vehicle can make all the difference, while still offering that like-new warranty.

“Many buyers have to stop and think whether to buy a new car or save cash” with a CPO model, said a senior marketing executive at Ford, who asked not to be identified due to the sensitivity of the topic.

Another boost for CPO programs, said Jeremy Anspach, the CEO of PureCars, is that the pandemic-induced, months-long shutdown of North American assembly plants has limited the supply of new vehicles, especially popular pickups and SUVs.

While CPO programs might be the exclusive purview of franchised dealers, they offer little financial benefit to automakers. So, why would these companies tolerate — never mind promote — something that could cut into new vehicle sales?

“There is definitely a trade-off,” said Raghu Iyengar, director of CPO and remarketing operations for Volkswagen of America.

The programs do have several benefits. They popped up several decades ago, around the time the industry started pushing leases as a way for buyers to get more vehicle for less money. With new car prices now at or near record levels, leases have become more important than ever, said Iyengar.

The challenge has been to figure out what to do with millions of cars that annually come back off-lease, typically two to three years after a customer first grabbed the keys.

“The more cars you lease, the more cars you have to deal with at the end of the lease,” and if you don’t have a program in place to get them resold, their residual — think trade-in — values will plummet, Iyengar said. Certified pre-owned programs have become “the necessary evil” that props up leasing, even if it cuts into overall new vehicle sales.

How many sales are lost to CPO programs? No one has a hard number, said Michelle Krebs, principal automotive analyst for Cox Automotive. But there is clearly a significant impact, according to industry analysts. One can see it in the fact that while new car sales hit an all-time record during the height of the current economic cycle, the peak was below where many felt the trendline would have gone in another era.

If even a quarter of last year’s CPO sales were pulled from the new car market, at last year’s average vehicle price of around $32,000, that would’ve translated into a loss of more $22 billion for automakers – the equivalent of nearly three factories’ annual output.

Still, automakers contend that while CPO programs can win over new car customers, they have also become a step up for traditional used car buyers. And, because of all the benefits, including the inspections, repairs and warranty, “CPO customers are almost twice as loyal (to a brand) as used car customers,” said VW’s Iyengar.

Eventually, the hope is that some of these loyal motorists will decide it’s time to buy new, and if they’re trading in your brand’s CPO car, there’s better odds that it will be one of your new models they come back for. 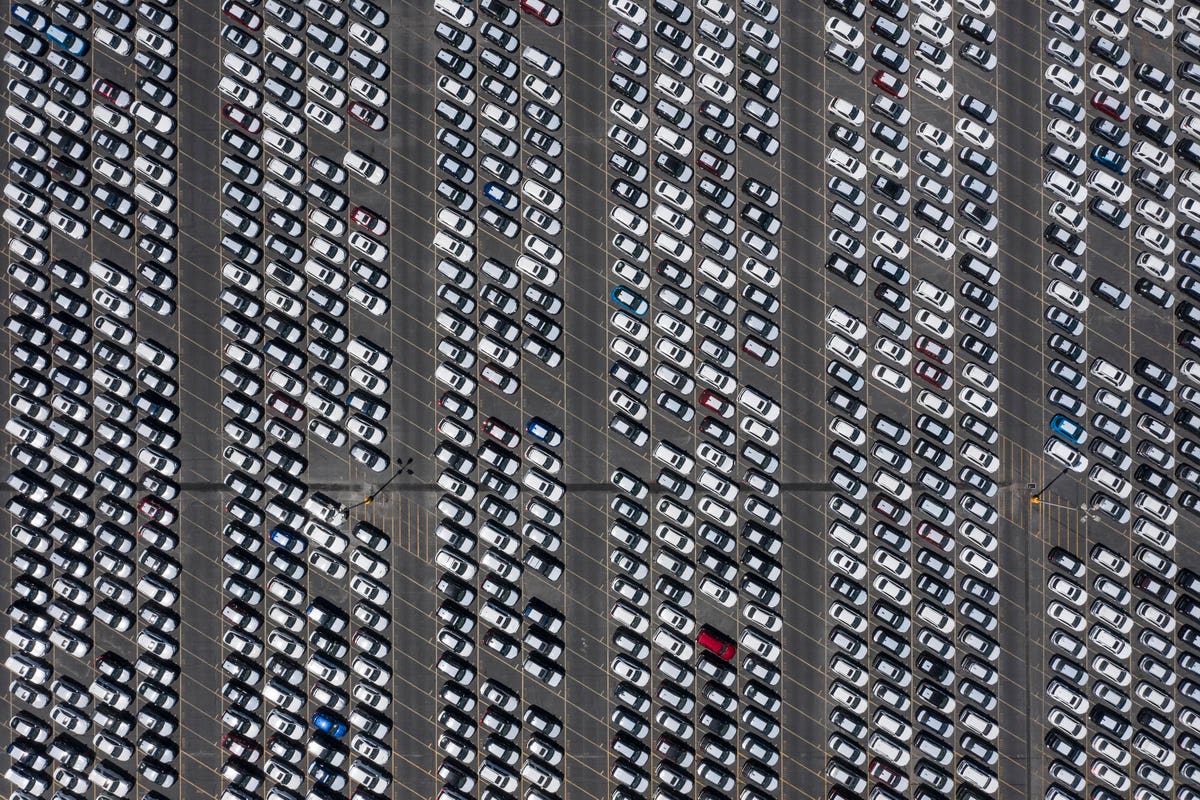 Record-High Prices, But Unclear Yet If September Volume Up Or Down

What it’s like to use Android Auto on a motorcycle

Car Insurance Guide – How To Get The Best Online Quotes